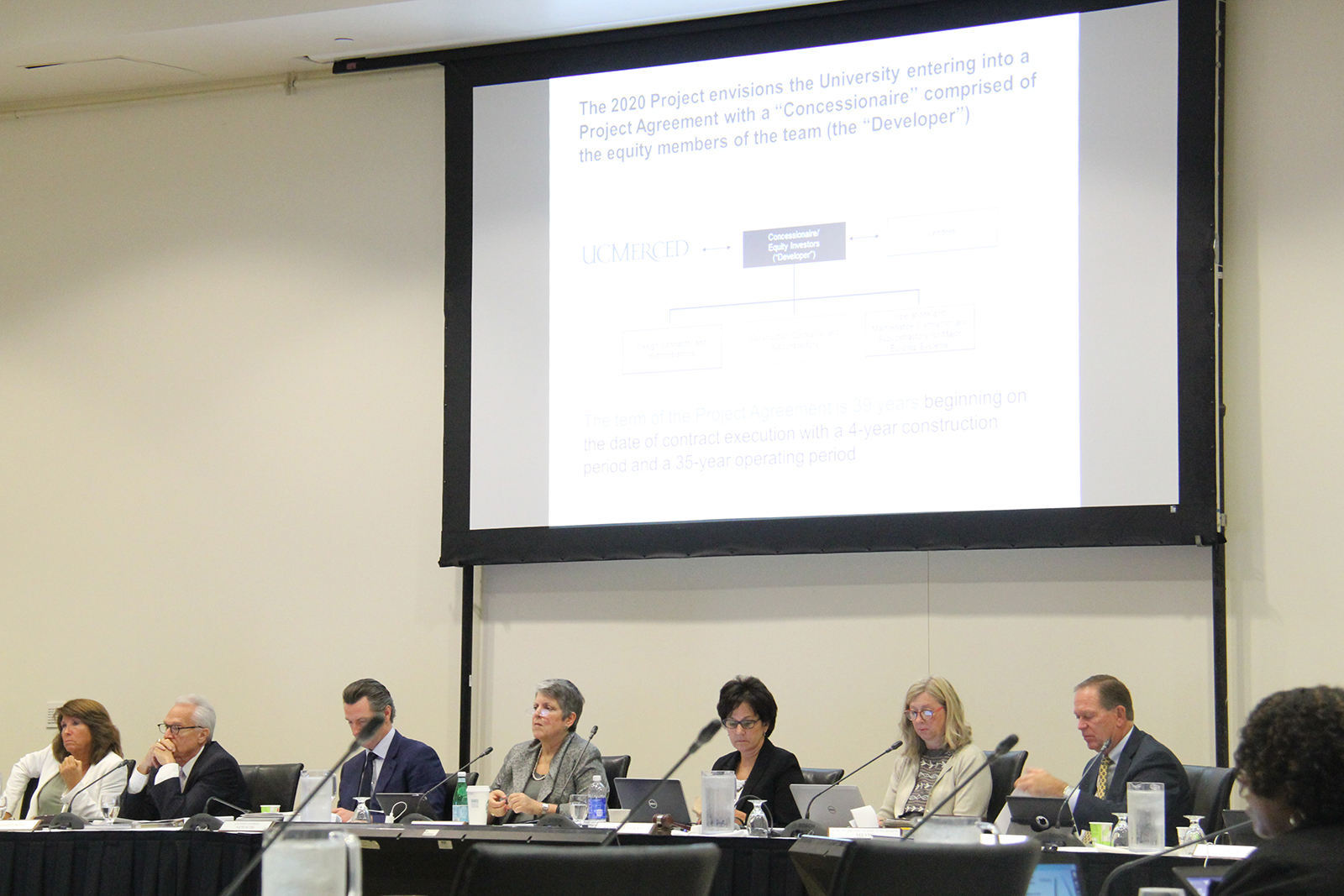 The University of California will no longer provide need-based financial aid for incoming out-of-state students to accommodate for the planned increase in enrollment of in-state students.

Moser said the UC Office of the President expects the University will save $14 million next year from cutting out-of-state financial aid to help fund the enrollment increase. UC spokesperson Dianne Klein said about 3,000 nonresident undergraduates received institutional need-based aid in the 2014-2015 academic year.

“Nonresident students will continue to be an important part of our student mix, but we’re committed to increasing access to the University for California students,” Moser said.

Jacob Jackson, a research fellow at the Public Policy Institute of California, said he doesn’t find the policy change surprising because federal lawmakers concluded over the summer the money used to provide tuition relief to out-of-state students could be better used helping in-state students.

Jackson said he thinks the yield rate, or percent of students who enroll in a university after being offered admission, will decrease for the next academic year because students will have more incentives to attend out-of-state schools that offer financial aid.

Paul Golaszewski, a fiscal and policy analyst at the California Legislative Analyst’s Office, said he thinks federal student loans will become the main source of financial aid for new out-of-state students. He added out-of-state students can still apply for federal aid, but most federal programs like the Federal Pell Grant are only available for students from low-income families.

“A college education is more than just about learning through classes, but also means expanding cultural and educational boundaries by learning about different worldviews,” Helder said.

Olivia Parker, a first-year undeclared humanities student, said she thinks the change will hurt out-of-state students because it takes away the opportunity for many students to attend schools in the UC system.

Destiny Brown, an out-of-state first-year biology student, said she thinks many out-of-state students need financial aid to be able to attend schools in the UC system.

“As out-of-state students, we pay a lot more than in-state students do (already),” Brown said. “There is no way an average student can afford college on their own.”

“UCLA is a world school, but its primary responsibility is to the state of California,” said Kevin Mark, a fourth-year aerospace engineering student.