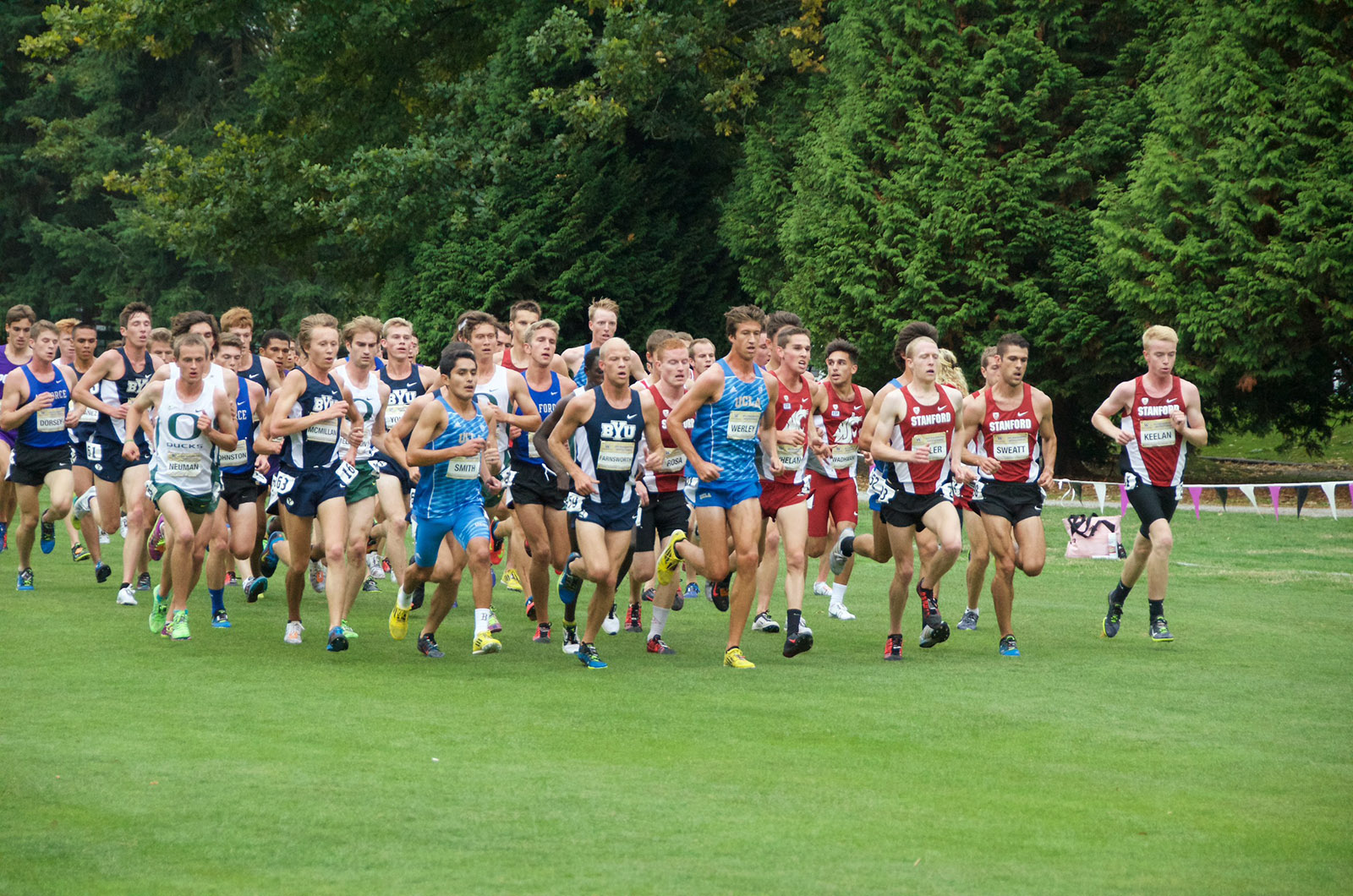 If you were scripting a short film about the cross country season, the regular season would flash by in a zippy montage, a string of inconsequential races interspersed with close-up shots of one date on a calendar circled in thick, red ink.

The national championship meet on Saturday in Louisville, Kentucky, will provide the movie’s climax – the fate of the promising UCLA men’s team will be revealed.

Coach Forest Braden thinks his team can produce a thrilling ending. If the Bruins run well, he said, they could find themselves in the top 10.

“We’ve got a motivated crew, we’ve got a senior-heavy crew, a group of guys that really love running with each other,” Braden said. “I see us coming out and running tough at the end, competing really well.”

No. 28 UCLA will benefit from the return of two key pieces to the lineup. Senior Nick Hartle rested instead of running at last Friday’s regional meet, while junior Ferdinand Edman missed the entire regular season after sustaining a stress fracture in his tibia during the spring track season.

Six of the seven Bruin men competing have run at the NCAA championships before, which Braden said will help calm the team’s nerves in such a grand setting.

“Everyone will be nervous but if you’ve been there before, you’ve experienced it so you’re confident in that regard,” Braden said. “You know that torrid pace, you know how hard everyone’s going to fight around you and this time, you’re prepared for it.”

The coach said sometimes the talent of the field can be intimidating for first-timers.

“A lot of times, you’ll start thinking, ‘Oh my gosh, they’re so good, oh man, I don’t know if I can handle it,’” Braden said. “It’s just a panic and when your brain starts sending out those panic signals to your body, you start to shut down, you start to definitely perform worse and sometimes it can really cause a big drop in performance as well.”

That shouldn’t be a problem for the Bruins.

“Knowing ‘Hey, this is what it’s supposed to feel like,’ that’s really important,” Braden said. “Knowing that you can go in and battle it out and make it happen in those kind of conditions, in that kind of competition, is really helpful.”

Hartle is the only one who has not run at nationals before, and Braden thinks the senior should be fine.

“I look for him to also come in and really run with a lot of heart, a lot of determination with this being the last cross country race of his career,” Braden said. “He’s a very, very tough competitor and he’s one of our best athletes, period, on our track team.”

The women’s team did not qualify for the national meet, but freshman star Carolina Johnson received an individual invitation after placing 11th at the NCAA West Regional. Now Braden thinks the Swedish native can challenge for an All-American spot, which would require a top-40 finish.

“She’s been in big races before, in European races and junior races, so she does have a really good experience with that,” Braden said. “She’s very excited, she’s obviously a little nervous … so just getting her that experience, getting her calm and keeping her composed through it and (maintaining) patience as well – knowing that this is the first of many.”