Sandy, Jerry Brown reflect on 44 years of service to Westwood 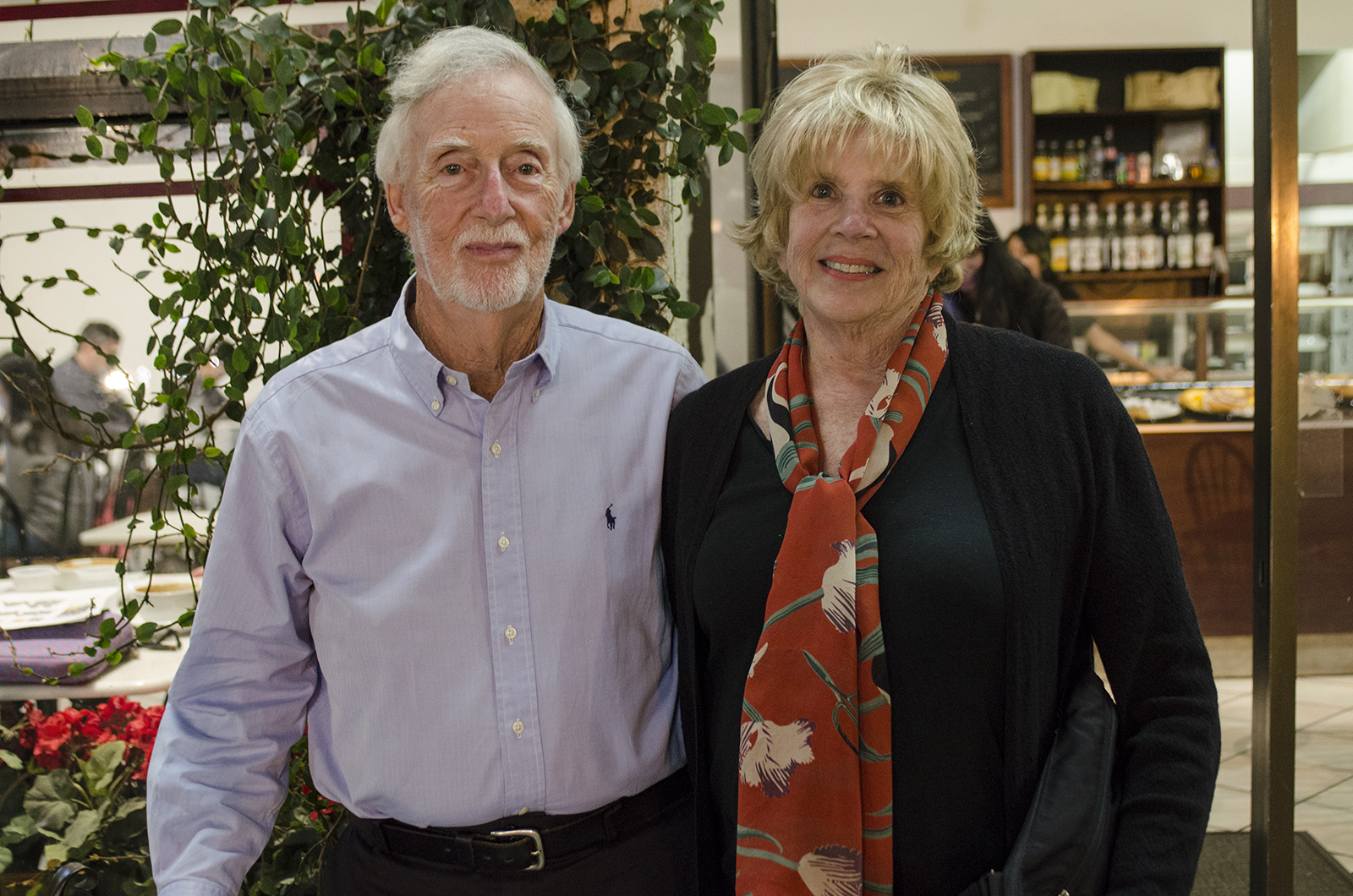 Sandy and Jerry Brown, who have been married for 52 years, have been influencing Westwood’s history since they moved here in 1963. (Tehya Faulk/Daily Bruin)

After more than 50 years of marriage and 44 years as active members of the Westwood community, Sandy and Jerry Brown admit their jobs can be frustrating, but the chance to make a difference makes it worth the struggle.

Sandy Brown, president of the Holmby-Westwood Property Owners Association for the past 25 years, and Jerry Brown, a retired physician and president of the Westwood Neighborhood Council, have been involved in the community since they moved to Los Angeles in 1963.

“What we do is extremely fascinating – the people we meet, the chance to help the community,” Sandy Brown said. “It can be immensely rewarding to take care of the neighborhood we live in.”

The two attend monthly meetings for their respective organizations and work closely with elected Westwood officials to address issues that affect the community. They helped create the four-way crosswalk at the Le Conte Avenue and Westwood Boulevard intersection, and prevented a bus-only lane from being constructed in the Village, among other changes.

The couple moved from Brentwood to Westwood in 1971, while Jerry Brown was completing his medical training at UCLA. Sandy Brown said she chose to live in Westwood because she wanted a place with sidewalks in a comfortable area near her children’s recreation center.

“She looked at a map, put her finger on Westwood, and said, ‘This is where I want to live,’” Jerry Brown said.

The couple remembers Westwood as the vibrant city and center of activity it was in the 1970s.

“Westwood was thriving,” Jerry Brown said. “You didn’t want to be anywhere else. The nightlife was hot – thousands of people came out on the weekends and the sidewalks were packed.”

Sandy Brown recalled six movie theaters in Westwood, great clothing shops and high-end options for an affluent neighborhood. She said everyone came to the Village because the Century City mall, Westside Pavilion and Third Street Promenade in Santa Monica were not yet established.

She added she most fondly remembers the UCLA-hosted community events, including a Mardi Gras festival at Drake Stadium and a homecoming parade where the Village store owners would decorate their windows and sororities and fraternities would build floats.

Jerry Brown said he does not expect Westwood will ever return to the way it was in the ’70s and ’80s, now that high-rise buildings have emerged and surrounding neighborhoods have competing shopping centers.

“Westwood got too big and then it got very small,” he said. “It was a different time.”

Sandy Brown said she thinks the Village has too many restaurants and too few stores for children and families. She added she aims to maintain a balance of a variety of stores and restaurants that meet everyone’s needs, as a board member of the Westwood Neighborhood and Community councils.

Carole Magnuson, vice president of the Westwood Hills Property Owners Association, said she thinks Sandy and Jerry Brown maintain the quality of the Village by holding institutions accountable for their actions.

“Jerry has a fair, steady hand and understands how to get things done, while Sandy works tirelessly to make sure the community’s standards are upheld,” she said.

Jerry Brown said he thinks students are not as involved in the Village because drug stores, barber shops, restaurants and other services are available on campus.

“The students are so self-contained,” Jerry Brown said. “I think people get off the bus right at campus and then go home, which has an adverse impact on the Village.”

However, Sandy Brown said she expects foot traffic to increase soon with the metro rail, the increase in apartment complexes in the Village and incoming retail stores such as Sur La Table.

Jerry Brown said their jobs are challenging because making any changes in a city as big as Los Angeles is a long-winded process.

“No matter how hard we work, most of that effort ends up as a piece of paper in a file of legislation that may never come before a city official,” Jerry Brown said. “The chain of authority runs very slowly.”

But a successful project that benefits many people makes the long process worth the effort, Sandy Brown added.

Susan Reuben, vice president of the Holmby-Westwood Property Owners Association, said Sandy Brown is willing to stand up for what she believes in.

“Sandy is a force to be reckoned with,” she said. “Other people are not as apt to push the envelope, and the city respects her for it. That’s what it takes.”

Sandy Brown said she will continue her role as president as long as she can, and Jerry Brown said he is happy to serve the community for as long as he is elected.

“I’ve been doing this so long, I don’t know if I could do anything else,” she said.

VISION CARE ASSOCIATES A SPECIALTY CONTACT LENSE PRACTICE IS SEEKING A MOTIVATED INDIVIDUAL. The ideal candidate must posses a positive attitude and be dedicated to delivering excellent customer-patient service in a medical setting at all times. Part-time positions available. Email resume to s[email protected]