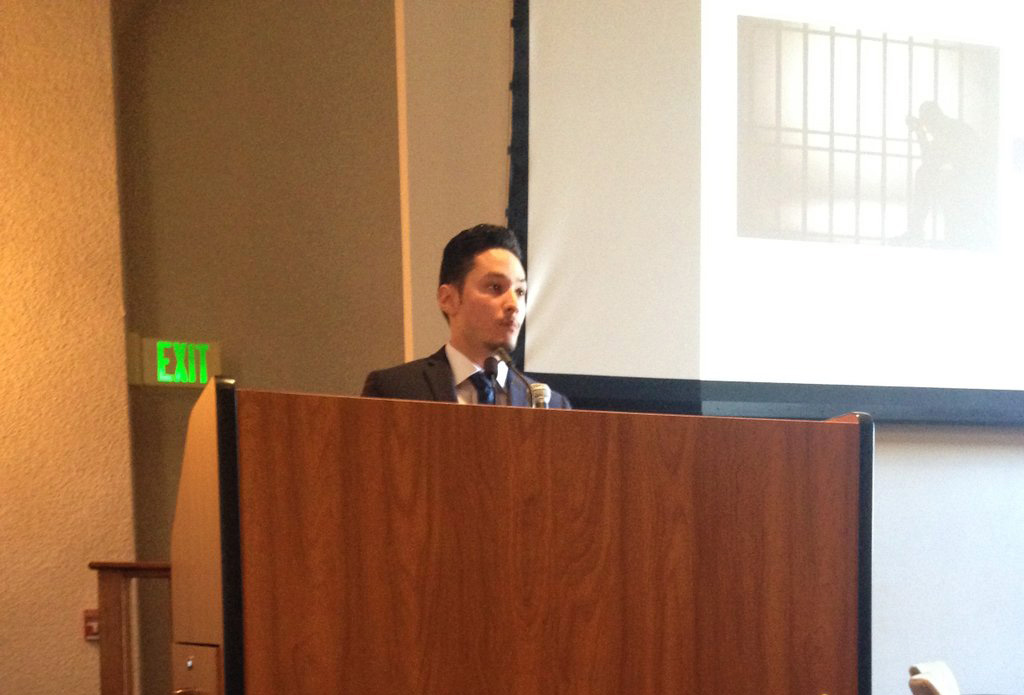 Justin Christopher told students and community members Thursday morning he wants others to see formerly incarcerated individuals like himself for what they can offer, rather than labeling them.

Christopher, a graduate student and teaching assistant in the Department of African American Studies, was one of the five speakers at “L.A. Beyond the Bars: Justice for All,” a presentation on mass incarceration hosted by the UCLA Justice Work Group and the Department of African American Studies. About 30 people attended the event, the first in a series of monthly breakfast talks that aim to discuss the challenges formerly incarcerated individuals face when they work to reintegrate themselves into society.

Susila Gurusami, event organizer and graduate student in sociology, said the event was intended to gather students and community members who wanted to discuss what she called systemic injustice in the prison system.

Gurusami said the group wants to bring more understanding to the mass incarceration discussion by incorporating personal media such as art and storytelling.

Ten Toes In, a foundation that supports women in relationships with people in the prison system and co-sponsor of the event, featured small pieces of artwork made by incarcerated artists.

“Art can (create empathy) in a way a research report can’t,” Gurusami said.

Christopher opened the event with a spoken word presentation. He said he feels obligated to speak out for humanizing people in the prison system because of his past as an incarcerated youth.

“I’m a voice for the voiceless,” Christopher said.

The event also featured James Anderson, a formerly incarcerated, third-year transfer and political science student, along with other executives and professionals who work in social justice.

Amelia Hill, a graduate student in sociology, said she attended the event because she thinks mass incarceration is a pressing issue.

Hill also said she thinks hearing personal testimonies from people who were formerly incarcerated puts the issue in a new light.

In January, the Justice Work Group will hold Bruin Prison Book Drive – a campuswide book drive intended to grow the library at the California Institution for Women. The next presentation in the series is scheduled to coincide with the drive.