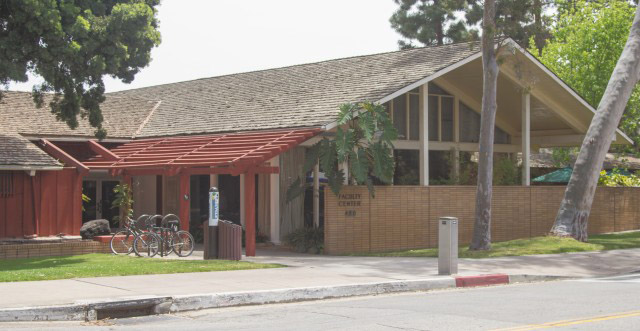 The State Historical Resources Commission unanimously decided Friday not to nominate the UCLA Faculty Center as a historical resource, following a four-year-long attempt to establish its significance.

At its quarterly meeting, the Commission decided the building was not a strong example of mid-century, modern ranch-style architecture, as the Los Angeles Conservancy claimed, because it did not fully embody the architectural style.

The Commission is a review board that aims to identify and preserve California’s cultural heritage, said Jay Correia, a state historian who manages the activities of the commission. The Conservancy is a private nonprofit that aims to prevent the demolition of Los Angeles buildings, said Adrian Fine, director of advocacy at the Los Angeles Conservancy.

The UCLA Faculty Center, located near Murphy Hall, is a private club for UCLA faculty that consists of lounges, conference rooms and private dining rooms for reservation.

Fine said the Los Angeles Conservancy and some UCLA faculty members began advocating to add the center to the California Register, a list of the state’s significant historical and archaeological resources. He added they wanted to ensure UCLA would account for the faculty center’s historical significance before considering its demolition.

Correia said buildings must be historically significant and important to obtain the distinction. He added buildings must also embody distinctive characteristics of an architectural style, period or construction method.

The board acknowledged the Faculty Center has some distinct features of the architectural style, but not enough to merit the distinction, Correia said.

Fine said he thinks the Faculty Center merits historic status because it brings the ranch-style architecture to a public institution.

“(The building) creates more of domestic, homey environment,” he said.

UCLA and the Conservancy both submitted reports conducted by external organizations, as a part of the State Historical Resources Commission’s review process. The two entities provided conflicting reports regarding which architects and firms were involved in the faculty center’s construction, and whether its renovations significantly altered the building.

Jeffrey Averill, a UCLA campus architect, said the university opposed the nomination because the building is not representative of the mid-century modern ranch style, and has been significantly modified since its opening in 1959.

The Conservancy began working to obtain California Register recognition for the building after UCLA proposed in January 2011 to demolish the facility and build a new conference center in its place. The original proposal promised a space for the faculty club within the new site.

After about nine months of protest from faculty members and Westwood residents, UCLA decided to move the conference center near Bruin Plaza, where it is currently being built.

Since then, UCLA has not had any plans to tear down the faculty center, Averill said.

Some UCLA faculty are concerned the faculty center does not have enough funding to sustain itself, said Michael Rich, a research astronomer who worked with the Conservancy to protect the building.

Rich said some faculty are worried the new Meyer and Renee Luskin Conference Center will offer similar services and would compete with the faculty center business. He added the faculty center is operating at a deficit and requires repairs worth about $1 million.

He added he thinks the building provides a much-needed space for faculty.

“It captures the spiritual and emotional characteristics of people at the time,” Rich said. “People wanted a faculty club to be a home-like retreat.”

Fine said Conservancy members were disappointed with the decision and are still deciding what their next step should be. He added they intend to ensure the faculty center is not needlessly demolished.

Correia said the Conservancy can submit a new nomination or request for reconsideration to the State Historical Resources Commission at any time, if it continues to pursue the nomination.