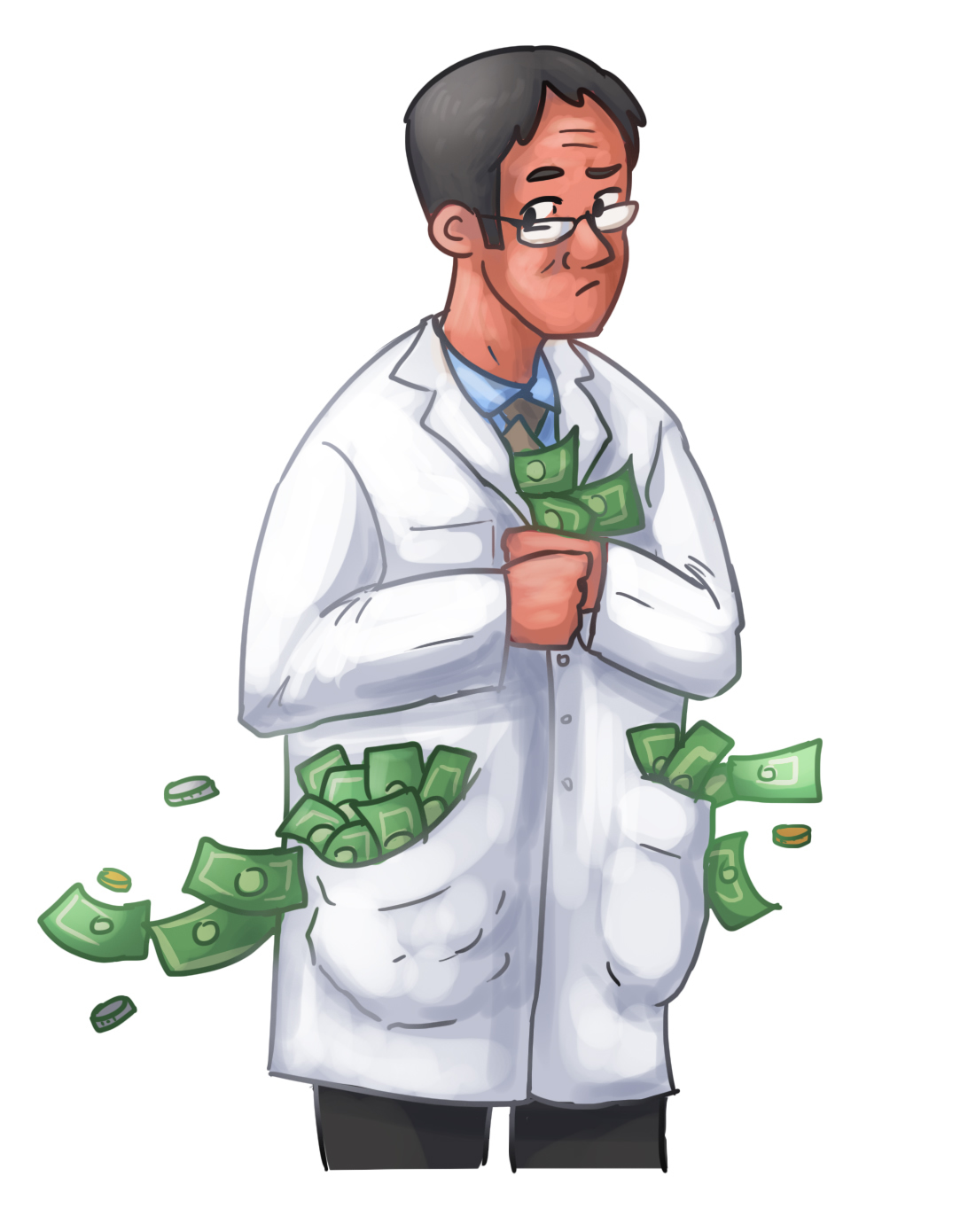 When it comes to donations accepted by the university, UCLA’s current policy prefers to keep the public in the dark.

My last column dealt with the problems associated with a lack of transparency in UCLA’s donation policy. In that column I discussed past examples, such as the Resnicks’ sponsoring of pomegranate research that supports their product and inconsistencies with the university’s handling of Donald Sterling’s donation, that signal the need for increased transparency in what donations the school chooses to accept.

Currently, information is very difficult to find about how the university makes decisions regarding what donations to accept. Even as a reporter and columnist, I could hardly find answers. After two weeks of emailing with four different media spokespersons, I was given the same short statement by three different people and links to official UCLA policy. The statement essentially just said UCLA knows it’s an issue and that “review processes are in place to ensure that activities are carried out under the highest standards of ethical conduct.” But that of course begs the question of how accessible information about those processes is to people not directly involved in them.

In order to make information more accessible, UCLA should increase transparency in its donation and gift policy by disclosing its decision-making process and potential conflicts of interest in press releases when it announces a donation. This requires adding specific guidelines and regulations for what information must be disclosed when the university announces accepted donations. This is especially critical in the case of donations with strings attached where the donor expects certain research to be carried out.

For example, this summer UCLA accepted a $1 million donation from Revlon, a producer of cosmetic products, to fund breast cancer research. Revlon, however, has also come under fire for products in its makeup that cause cancer, while being able to sell itself as a company that fights breast cancer. To be clear, this does not mean that the Revlon donation will produce inaccurate results or do harm to the university, but rather that fringe cases like Revlon – whose money has helped UCLA research over the last 20 years – are the exact reason why UCLA must do more to increase transparency and accountability.

Recognition of Revlon’s questionable product history would go a long way in making the university more accountable. The university should also explain its rationale for accepting the donation in face of potential controversies.

Moreover, these changes could have helped potentially resolve a situation involving owners of Pom Wonderful, Lynda and Stewart Resnick. The couple donated large amounts of money to numerous departments within UCLA Health to sponsor research on pomegranates. Some of the faculty working for the university on the research were even on the Resnicks’ payroll. The research has been largely criticized as being too favorable to Pom’s pomegranate products. A disclosure of these ties to the public would have deterred researchers from inappropriately accepting money if they knew their ties to the Resnicks would be disclosed. And if the donations were appropriate, then the university would appear more credible by acknowledging a potential conflict from the outset.

It’s true that it is difficult to find an exact measuring stick for what information to disclose. But, a good starting point would be releasing information about the background of donors that has a direct connection to the studies or projects they are donating for. In the case of Revlon, this would include a discussion of the products the company sells. For the Resnicks, the university should have clarified how the studies were used and their professional connection to researchers.

These proposed changes would not be difficult to implement either. The school already publicizes large donations and it already attaches a media spokesperson’s name to the bottom of press releases. These suggestions only require a shift in what information is included in press releases, as well as how available information is on how donations are filtered.

It is of course true that the university currently has a laundry list of different regulations and statements concerning the issue of gifts and conflicts of interest, but that misses the point. What’s missing is more specific guidelines on how the public can criticize the choices that university officials make when deciding which donations to accept. If it’s the case that there have been gaps in what we consider appropriate donations, then the university requires a mechanism that invites criticism and openness for the donations it accepts.

Of course we should thank and applaud donors to the university. But it’s also wrong to present donations as neutral and purely altruistic. We should expect the university to justify decisions to the public, especially because potential conflicts of interest compromise the integrity of the research that donations go to.

It’s also possible that this policy could deter future donations because donors would not want this much disclosed about their past. But even if a small amount of donors become deterred from donating, the increase in transparency is worth it. It also seems like the donors who would be deterred are the ones the university shouldn’t be accepting donations from in the first place.

Ultimately, UCLA is a public institution that prides itself on freedom of thought and innovative research. In order to accomplish this goal, the university needs to increase accountability to the public. This will enable both the university and the public to differentiate which donations to accept and which to reject.