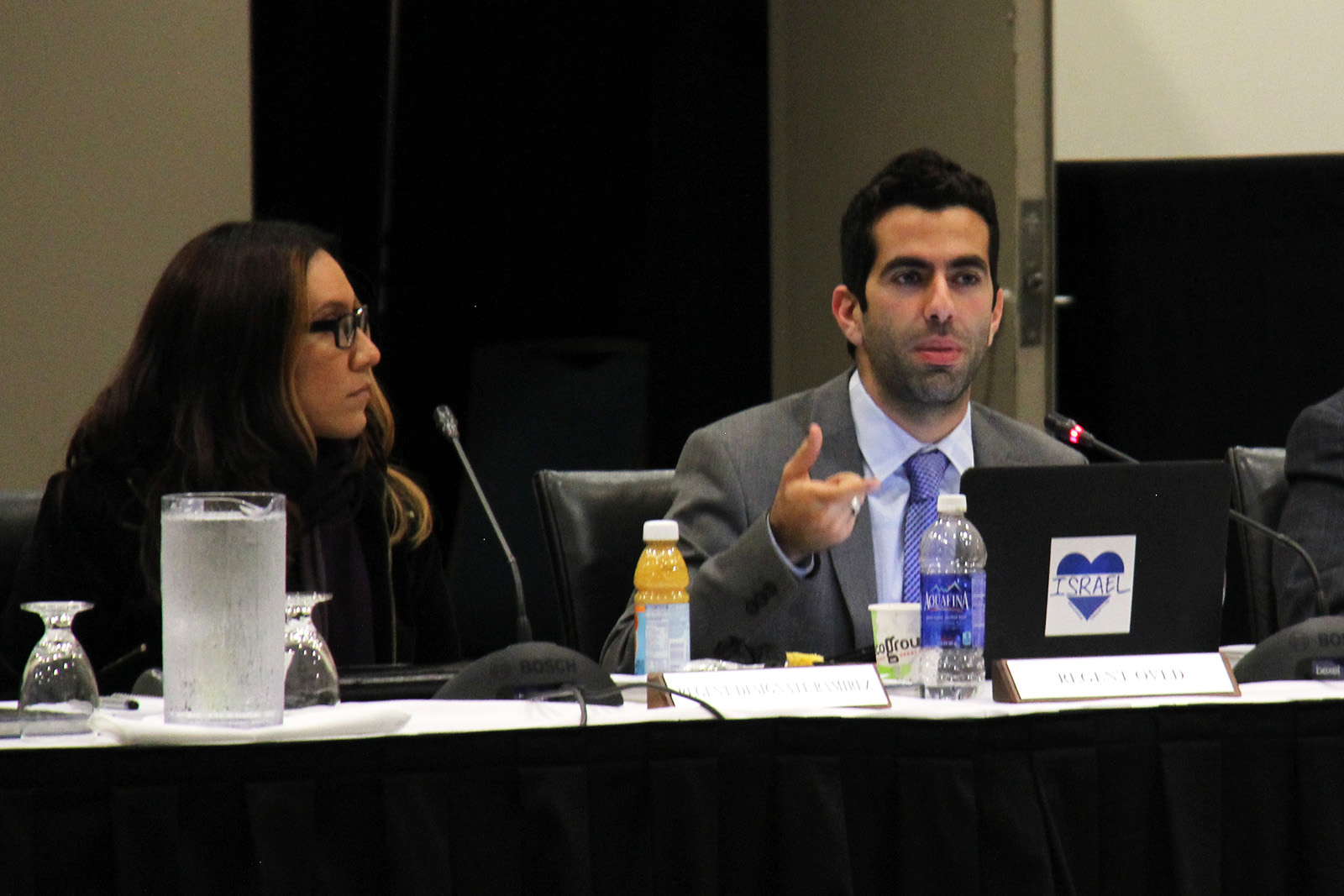 The undergraduate and graduate student governments approved resolutions that support creating a new University of California Board of Regents’ student adviser position at their respective meetings Tuesday and Wednesday.

UC Student Regent Avi Oved suggested adding the new position during an Undergraduate Students Association Council meeting Tuesday. Oved said in the presentation he intends for the position to provide more comprehensive student representation on the board and ensure greater diversity of student opinion and experience.

Oved said, he thinks the student adviser would also add a complementary educational perspective on academics and affordability issues such as tuition hikes, grants, academic policies and legislature.

He added that if student regents for the year are graduate students, for instance, then the adviser should be an undergraduate student and vice versa in order to showcase different viewpoints of students in the UC system.

Student representation on the UC Board of Regents currently includes a student regent, who is a voting member of the board, three non-voting student observers for different committees of the regents, several student advocates and systemwide committee representatives who also don’t vote.

“We want to increase student representation on the board to ensure the largest stakeholders of the UC system are fairly represented on the table,” Helder said.

Oved added he is working with UC Regent Chairman Monica Lozano and UC President Janet Napolitano to create a timeline for the proposal, and hopes the first student adviser will be appointed by the next academic year.

The University of California Students Association, the UC Council of Presidents and several student councils at UC Merced, Riverside and Santa Barbara have shown support for the proposal, he said.

Oved added the proposal will be brought to vote at a UC Regents meeting in January or March.