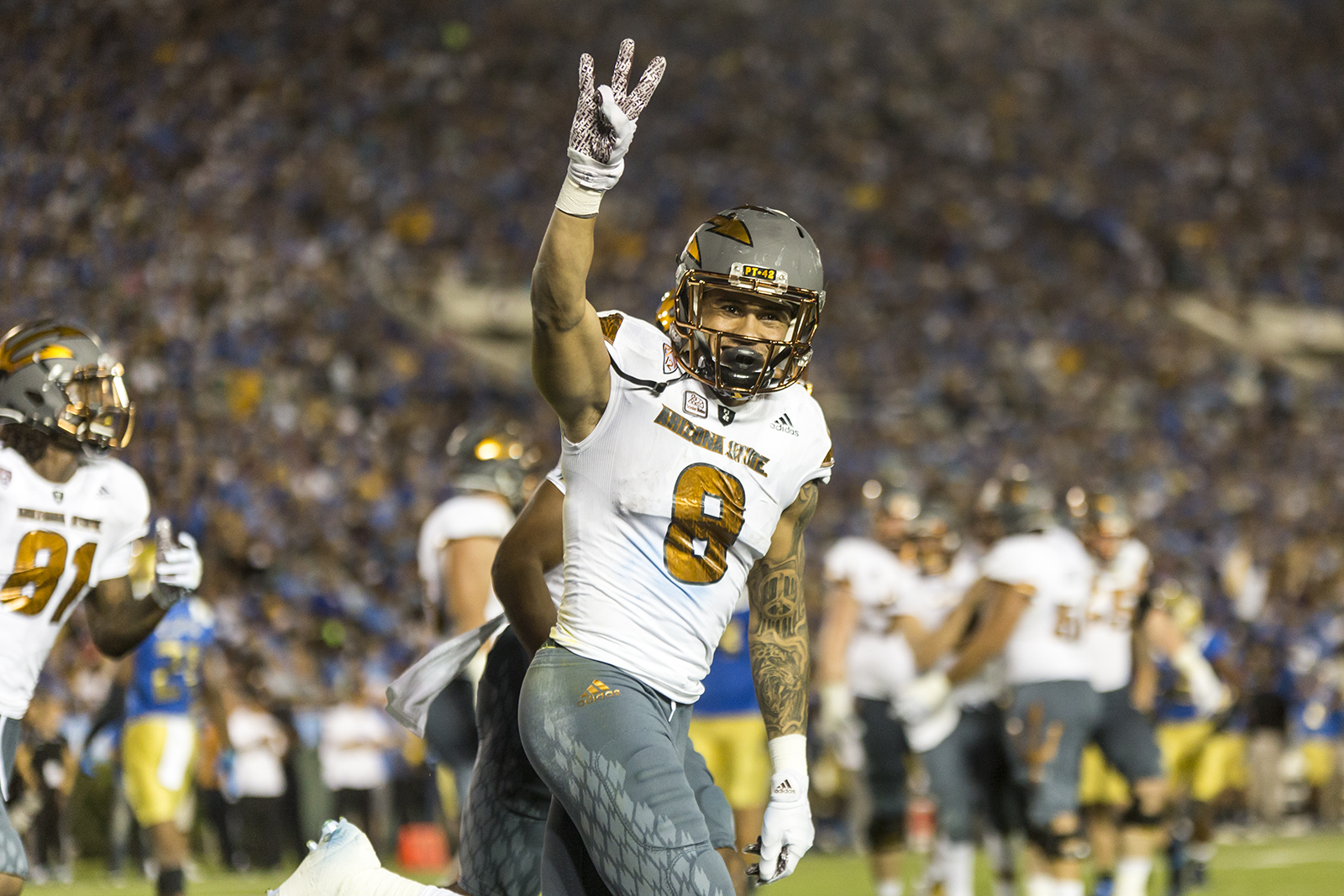 It was a small miracle that UCLA entered the third quarter Saturday within striking distance of its opponents. The first half was a miserable one for the Bruin offense, smothered by a combination of Arizona State’s solidity and its own miscues.

Despite this, the defense kept things close, and a quick series of plays at the end of the first half led to a field goal that cut Arizona State’s lead to 15-10 heading into halftime.

Some miracles, it seems, are too good to be true. The Bruins fumbled away any momentum they may have had in the third quarter, struggling in every facet of the game and allowing the Sun Devils to build up a lead that was ultimately insurmountable.

“We loved the position that we were in (coming into the quarter), considering what had happened in the first half,” said senior receiver Jordan Payton. “But we just couldn’t put it together.”

UCLA struggled on offense, with 19 plays resulting in a paltry 86 yards and zero points. Their first drive of the second half fizzled out near midfield after a promising start and freshman quarterback Josh Rosen was lucky to avoid a turnover after consecutive risky throws.

The next three drives also stalled, with the Bruins’ inability to run allowing the Sun Devils to dial up the pressure on later downs. It wasn’t until the last drive of the quarter that UCLA finally built momentum, completing consecutive deep throws and moving the ball 37 yards downfield as time expired in the third.

“Anything that gets you off schedule … a dropped pass, a penalty … makes it hard to generate traction,” said offensive coordinator Noel Mazzone. “And we were really spinning wheels there in that third quarter.”

UCLA struggled on defense in the quarter, giving up 154 yards and 14 points. Needing a key third-down stop on ASU’s first series, the team let Sun Devil quarterback Mike Bercovici scamper for a 6-yard gain and a first down.

Three plays later, a gaping hole on the left side once again left Bercovici free and he made them pay – dashing untouched into the end zone for a 34-yard touchdown. On the next series, another missed third-down opportunity gave ASU new life; the Sun Devils would capitalize again, Bercovici throwing an 11-yard touchdown to extend the Arizona State lead to 29-10.

“Having them on third down multiple times, and allowing them to convert, it really hurts us,” said junior linebacker Isaako Savaiinaea. “In the end, it just comes down to finishing, and that’s what we gotta do (better).”

Though UCLA prevented ASU from scoring for the rest of the quarter, it gave up multiple big plays, allowing the Sun Devils to advance downfield, eat up the clock and pin the Bruin offense deep.

Save for one play, the Bruins played better on special teams in the third quarter than they did in the rest of the game. But that moment was a big one, as senior punter Matt Mengel’s botched 13-yard punt at the end of the first series gave ASU the ball at its own 36-yard line. A good punt there would have pinned ASU deep, easing some of the pressure on the UCLA defense; the poor one piled it on, further sucking momentum out of the team.

The Bruins would claw back in the fourth quarter, a furious rally bringing them within one score of pulling off an incredible comeback. But their third-quarter performance created a deficit that ultimately consumed them, and the team left the field stinging from yet another blow, yet another opportunity passed by.