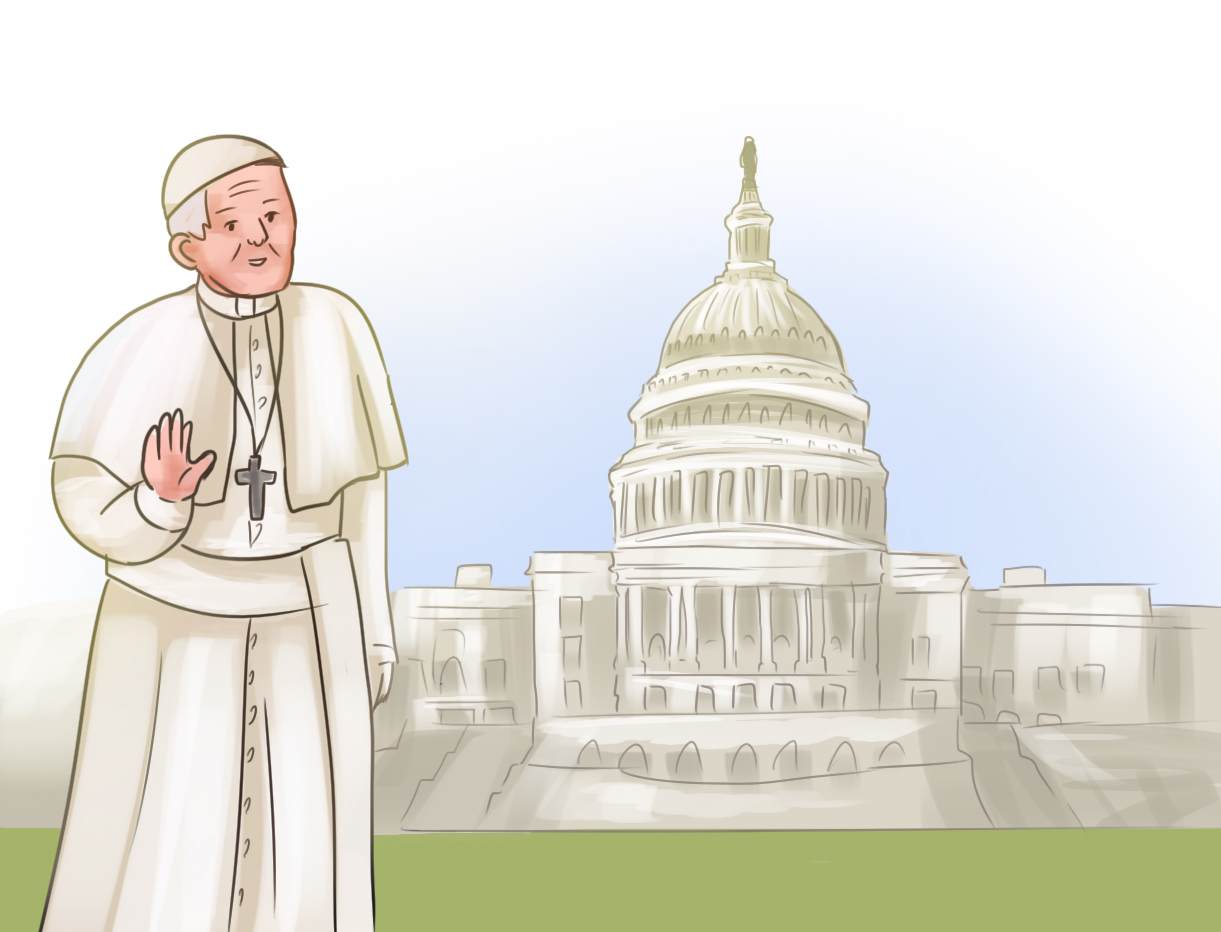 The original version of this article incorrectly spelled Marcelo Suárez-Orozco's name. His name should be spelled Suárez-Orozco, not Suárez-Orazco.

Pope Francis returned to Vatican City Sunday evening, but UCLA faculty members and activists expect the impact of his U.S. visit to resonate in social justice communities for much longer.

Kent Wong, director of the UCLA Labor Center and a labor studies professor, said he thinks the pope’s visit adds a moral perspective to polarizing issues like immigrants’ rights and economic justice, which Francis, the pope, spoke about regularly throughout his visit.

“We must resolve now to live as nobly and as justly as possible, as we educate new generations not to turn their back on our neighbors and everything around us,” Francis said during a speech to Congress. The joint address Thursday was the first time a pope met with both the Senate and House of Representatives.

Wong said he thinks the pope’s visit builds on the legacy of other social movement leaders like Cesar Chavez and Martin Luther King Jr., who acted as moral guides for their respective movements.

Marcelo Suárez-Orozco, the dean of the Graduate School of Education and Information Studies, said he thinks Francis is urging people to stop thinking of immigrants as outsiders because immigration is an integral part of human history.

Suárez-Orozco immigrated to the U.S. as an unaccompanied minor to escape political terror. He attended UC Berkeley before co-founding the Harvard Immigration Project, which aims to advocate for immigrant communities.

He said he thinks Francis’ address to Congress asked legislators to consider the Americas’ history, which was shaped by immigration, rather than asking them to reform immigration legislation.

Francis’ call to organize despite political differences aligned with the values of local activists.

Victor Narro, a UCLA Labor Center project director and labor studies professor, said he thinks Francis’ message emphasized the importance of reconciliation with regard to how people address social justice issues and work together to advance them.

Narro began to organize for immigrants’ rights during the Reagan administration, when he and other activists called on the government to recognize Guatemalans and Salvadorans who were fleeing civil wars as refugees.

Later, he pursued law to advance immigrant rights after seeing their struggles in his parents’ and neighbors’ lives while growing up in the Brooklyn borough of New York City. With his law degree, he moved to Los Angeles and became a staff attorney at the Mexican American Legal Defense and Educational Fund.

Narro, who recently published “Paz en Accion,” a Spanish translation of his book “Living Peace: Connecting Your Spirituality with Your Work for Justice,” said his own activism is deeply rooted in the values of the pope’s namesake, St. Francis of Assisi.

“He’s the first pope to adopt Francis of Assisi’s name because he honestly believes that human relationships are so valuable,” Narro said.

Narro added he doesn’t think activists can create sustained action to accomplish their goals without self- and community-care.

“We need to disconnect and enter into our own periods of self-reflection and spiritual renewal in order to have lasting meaningful impact as activists for justice,” Narro wrote in his book.

Wong said he thinks the pope’s visit can help unite a broader alliance of activists to accomplish change under moral and spiritual values.

“The challenges facing us today call for a renewal of that spirit of cooperation, which has accomplished so much good throughout the history of the United States,” Francis said in his speech to Congress.