NxWorries fell flat at Bruin Bash, but didn’t have to 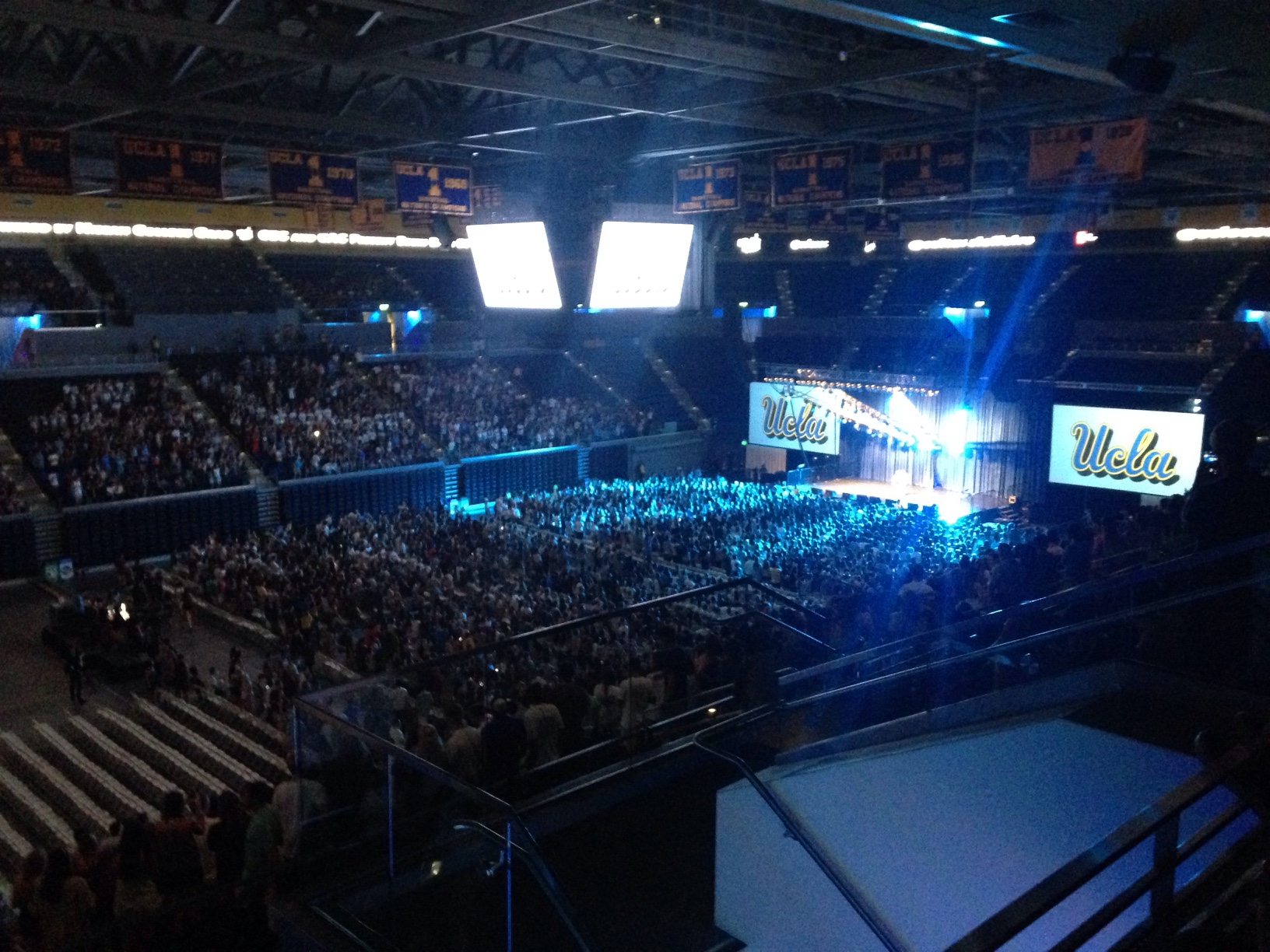 When Bruin Bash opening act NxWorries took the stage Monday in Pauley Pavilion, my thoughts were: “Who are these generic rappers?”

My fellow concertgoers near me – all of them seated – seemed to be equally puzzled. Some were swiping their phones furiously to relieve themselves of boredom, or perhaps were Googling the performers to learn something about the not-so-dynamic duo of Anderson .Paak and Knxwledge.

The thing was, NxWorries had a chance to be dynamic. Numerous factors, including the act’s pairing with Madeon, the beat-dropping French electronic dance music maestro, and their decision to perform gangsta rap, was what sunk them.

The pair might have fared better if they had actually played to their strengths. They are referred to as R&B artists – so why didn’t they perform more soulful and upbeat R&B tracks that could have swayed the audience in their favor? To be fair, the attempt to appeal to a college crowd and their pairing with an upbeat EDM artist made their jobs more difficult. In addition, Knxwledge’s starting the set by himself DJing rap music proved confusing to the audience – aren’t they a duo? Anderson .Paak then joined him in several gangsta rap covers, none of which were enough to pump up the crowd.

Only later during the performance did NxWorries attempt to bring out their strengths as alternative R&B artists. But it was too late – by the time they performed their only original track, “Suede,” it was falling on deaf ears.

What makes this all the more unfortunate is that, as solo artists, both have worked for, or with, big names like Kendrick Lamar and Dr. Dre. Their repertoires are in alternative hip-hop: relaxing, electronic-influenced and sometimes a little tongue-in-cheek. Knxwledge’s music is described as “soul-drenched instrumental hip-hop.” Anderson .Paak wore some sort of jacket to emulate rap performers, but his style is more about creating a “warm, fuzzy vibe.” Little of this was on display in their vocal-driven rap performance.

That’s how one musical amateur, and an untold number of Bruins, came to think of them as “generic rappers” – a title NxWorries did not deserve but accidentally earned Monday.