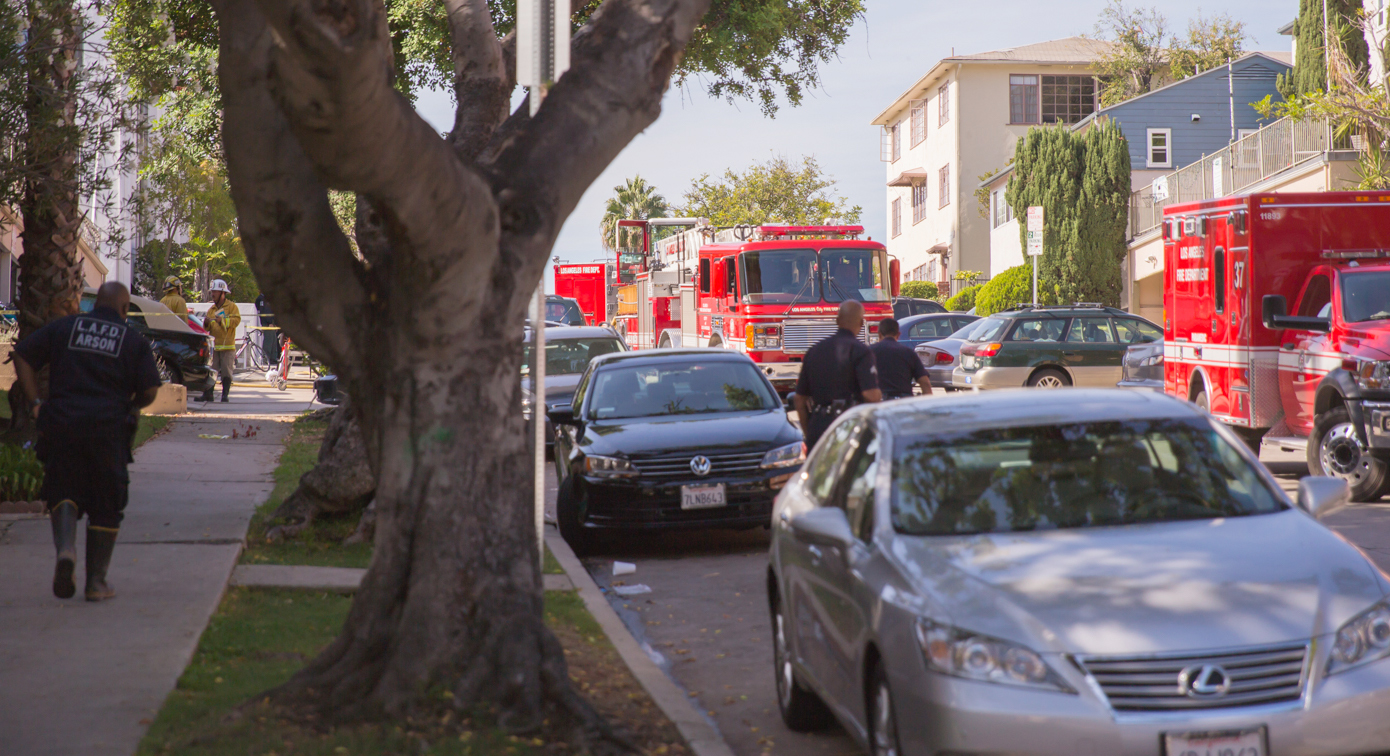 A UCLA student was found dead Monday morning after a fire in her Roebling Avenue apartment.

Police responded to a call about 7 a.m. to a first-floor apartment at 10954 Roebling Ave. The unit belonged to several members of the Pi Beta Phi sorority.

UCLA officials said in an email statement Thursday police are investigating the case as a homicide and arson.

Other students later identified the student as Andrea “Andy” DelVesco, who was entering her fourth year at UCLA and studied psychology and Spanish.

It is unclear how the fire started. LAPD is asking anyone who has any information or saw anything suspicious to call detectives at 213-486-6890.

About 32 firefighters put out the fire in 15 minutes, according to an LAFD tweet.

Jefferson said it is unknown whether the student was dead prior to the fire starting or died during the fire.

Pi Beta Phi sorority members were called in for an emergency meeting after the death was announced this morning. A member of the sorority said they were asked not to comment on the incident.

Jacquie Medeiros, Pi Beta Phi Chapter president, said in an email statement Thursday the fraternity will continue with the recruiting process in honor of DelVesco.

“I can understand why some may find it hard to understand this choice,” Medeiros said. “However, preparing for recruitment has allowed us an outlet to remember Andy, refocus on our sisterhood and help us begin the healing process.”

She also asked the community to remember DelVesco was a dear friend.

“Losing a friend is hard no matter the circumstances,” she said. “We know Andy would have wanted her Pi Phi sisters to move forward and celebrate the friendship we share.”

Scott Huh, a third-year civil engineering student who lives in the Roebling building, said he woke up to the sound of fire alarms early Monday morning.

“Everyone was screaming and the fire kept getting bigger and bigger,” Huh said. “Everyone kept yelling her name but no one dared to go inside as the fire was too big.”

Huh added he spoke to DelVesco last night before the incident.

“She was a very outgoing and fun person,” Huh added.

No further information was immediately available. The case is still under investigation.