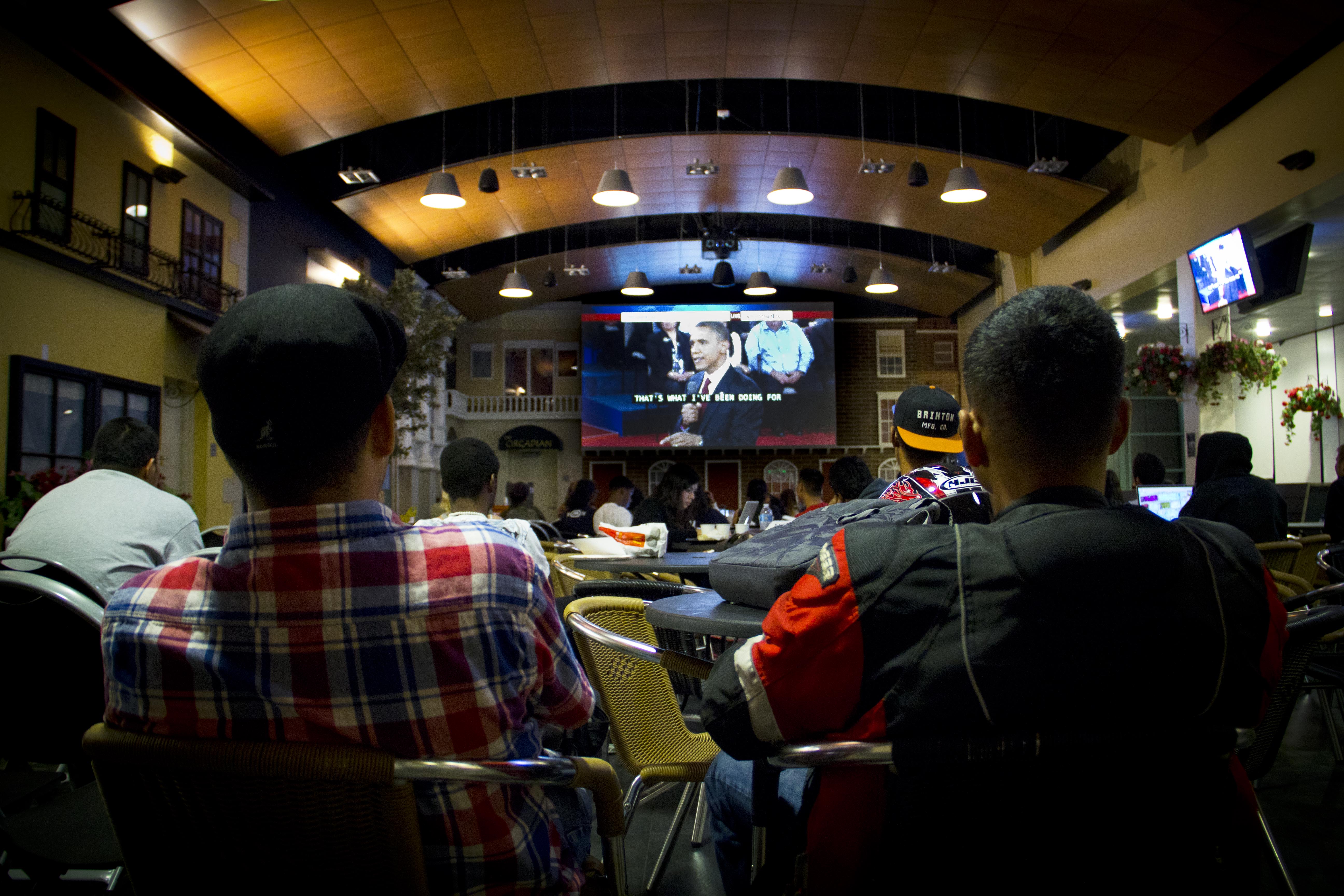 In many respects, the 2012 presidential race was settled by voters less than 30 years old.

Ohio, Florida, Pennsylvania and Virginia were all swing states and all would have swung the other way if it weren’t for the youth vote. If these states’ electoral votes went to Mitt Romney, he would’ve been president. While UCLA students who vote in California obviously can’t claim to have the same influence in a consistently blue state, the upcoming election cycle that will play out over the next year represents an opportunity to revisit our place in the national election process.

The current primaries for the Republican and Democrat nominations are already fiercely competitive. On the Republican side, it still remains unclear who, if anyone, has the edge, while Sen. Bernie Sanders, I-Vt., is making a strong push to challenge Hillary Clinton, former first lady, senator and secretary of state, for the Democratic nomination. This competition gives college students and younger voters an opportunity to influence these candidates because they are doing anything they can for an edge.

Republican candidate and former Florida Gov. Jeb Bush, for example, is making college outreach a central part of his campaign strategy and is commonly asked about college debt and student loans at campaign events. Moreover, on the Democrat side of the primaries, Bernie Sanders has already demonstrated his ability to listen to activists and protesters through his response to being interrupted by Black Lives Matter activists in August.

Students should capitalize on the ability to influence the primary season. While Undergraduate Students Association Council External Vice President Zach Helder said his focus would be motivating students to vote this election season, this must be complemented by measures that show students how they will be affected by the election. To be specific, Helder can use issues like student debt and social justice, both of which will be featured prominently in the elections, to generate stakes for students in the election.

This would go beyond just encouraging students to vote, but instead actively encouraging students to take stances and advocate for those stances on important election issues. For example, Helder’s office should take a stance on the different student debt proposals that candidates are advocating for and work on spreading information about the issue on campus. This goes beyond telling students that voting is a good thing because it would require handing out information flyers or bringing up the issue at the council table.

Additionally, Helder could potentially help the Afrikan Student Union or Los Angeles immigration rights groups host and promote campus events. Doing so would not necessarily mean that Helder agrees with everything the organizations advocate for, but would rather promote the discussion of diverse viewpoints on important issues in the election.

Direct engagement and investment for students in elections is critical. Many see the low midterm election turnout among young people as symptomatic of younger voters not having a stake in the results. This means that many people do not feel as if the outcome will affect them. One study by the Center for Information and Research on Civic Learning and Engagement suggested that if parties want more people to vote and sustain their engagement in politics, they must be confronted personally and see themselves as a part of the process. So, any attempt to get people voting must also get them to recognize the impact the election could have.

This strategy for promoting election participation is also distinct from Helder’s Bruin Defenders program. Bruin Defenders is the new student lobbying and activism program that Helder launched, which allows student groups to apply for funding from the EVP office to help them lobby for issues they care about. Potential objections to the program itself aside, Bruin Defenders lacks the ability to motivate students because it is based on students having a pre-existing interest in activism. We should focus on stimulating an interest in the election for students who may not already be interested.

We need active engagement from those who are not normally involved. And while California’s electoral college votes tend to go blue in the general election, the efforts proposed above could make students more active in the primary. Although the California primary is toward the end of the primary season, it still gives students the most direct contact with candidates, and therefore their best chance to demonstrate how they feel about the candidates. More importantly, it gives student leaders an opportunity to organize demonstrations and activism that show what issues students care about.

Helder said UCLA students’ political views are too diverse to try to appeal to everyone. But we don’t have to appeal to everyone. Even controversial stances on issues of social justice, for example, can get students invested because then opponents of those stances will feel like there’s something worth talking about.

The essential aspect of this upcoming election season, however, is generating an interest in the issues that candidates are discussing. This interest can compel students to see how our local politicians stand on the same issues and therefore generate a broader interest in the political world around them.

While candidates don’t necessarily have to worry about UCLA student votes directly in the general election, a strong student presence can voice concerns of students nationally. If politicians know that they have to reckon with the youth vote, then a strong UCLA presence at the primary can go a long way to give us a voice in politics.

One reason why many college students may feel pessimistic about their ability to influence politicians is because they feel as though they don’t have a way of expressing themselves in a way that forces politicians to listen. But using the next year to spark student involvement and excitement for the upcoming election season can hopefully diminish these concerns.

Ultimately, in order to feel emotionally invested in politics, students need to be shown that there are issues worth fighting for and arguing about.