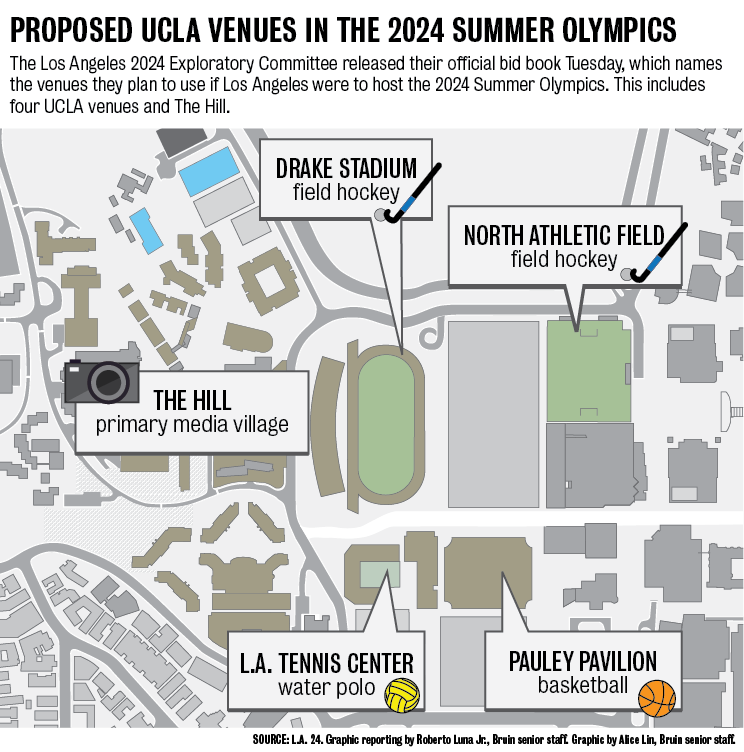 The United States Olympic Committee selected Los Angeles to be its official bid city for the 2024 Summer Olympics Tuesday, after the city council unanimously voted to authorize the bid earlier that day.

The event, if hosted in Los Angeles, would use four UCLA venues and several residence halls on the Hill. Olympic organizers are also seeking federal funding that would bring the L.A. Metro Purple Line to Westwood by 2024 instead of 2035.

“We are excited at the prospect of bringing a historic third summer Olympic Games to Los Angeles,” said City Council President Herb Wessen. “The city council … believes it will leave a positive legacy for generations to come.”

Organizers would spend about $4.5 billion, but expect to make a profit of about $150 million, according to the official bid book. If organizers go over budget, the city would pay the remainder.

About $1 billion would go toward constructing an Olympic Village, a center that would house athletes during the Olympics. After the Games, the units in the Village will be sold or rented to middle and low income residents.

William Yu, an economist at UCLA Anderson Forecast, said he thinks hosting the Olympics can leave behind much-needed housing and improved bus and train systems.