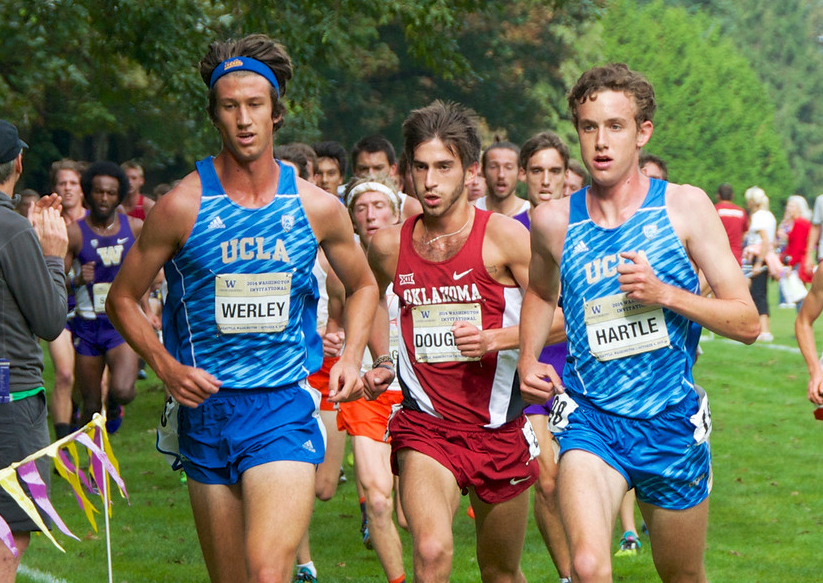 A year removed from UCLA’s most successful cross country season in almost three decades, the men’s and women’s teams are headed in entirely different directions.

For the first time since 1985, both squads reached the national meet in 2014. Now, the men’s team looks primed to do so again as it returns its top seven runners while the women’s team must deal with the loss of its top four.

After finishing 18th last year at the national meet, the UCLA men are in position to compete with the top teams in the country.

“I think we’re a top-10 team on any day,” said coach Forest Braden. “With our depth and with the leadership, it’s a disappointment for us if we’re not in the top 10. And our goals are higher than that and what our athletes want to accomplish is higher than that.”

“Our goal for this year is definitely the podium, the top four,” Werley said. “With the squad we’ve got, with the group of guys we have, that should be an attainable goal.”

The Bruins’ experience will help them, as they will likely send the same seven runners to the national meet as last year.

“You do (plateau) at times, but it is a strength sport, it’s an aerobic sport. So the older you get, the longer you’ve been running … the better you’re going to be,” Braden said. “So you usually expect to see some level of improvement, sometimes it can be drastic from year to year.”

For Werley, the goal will simply be to rebound from two injury-plagued years. After placing 25th at nationals as a sophomore in 2012, he redshirted the next year as he was forced out by injuries. Although he ran last year, he was still limited, finishing just 92nd at the national meet.

Braden said the 6-foot-5-inch Werley is ready to regain his place among the elite runners.

“I expect him to be one of the top guys in the NCAA, a top-15 guy, top-20 guy in the country,” Braden said. “He’s pretty fit, fitter than I’ve seen him, and healthy, which is a big thing for him. I think he can really do some special things.”

Sergey Sushchikh, who finished 10 seconds off an All-American pace at nationals last year, and Nick Hartle will be among the other seniors to lead the way for the men’s team.

On the women’s side, junior Aliya Shirif will be tasked with leading an inexperienced group that includes just two seniors.

“We’re not expected to rank too high, we’re definitely not favored to go to nationals at this point,” Shirif said. “But I think that once we learn how to run together a little bit better and we work better as a team, I think we do have a shot at placing at regionals and maybe even going to nationals.”

Braden highlighted Jacqueline Garner, Julia Rizk and Taylor Taite as three freshmen who have impressed him in the first stretch of training up at Mammoth this past week. Rizk also stood out to Shirif.

“She’s got a lot of potential, she’s super fast right now,” Shirif said. “And we’re so early in the season that who knows what she could do?”

With the glut of freshmen on the team, Braden said he will adjust training to cater to them.

“Freshman year can always be a tough transition. … So we’re just trying to be really supportive and positive and encouraging them,” Braden said. “A lot of it is a confidence game, and the older athletes are more confident so they perform better. … I want them to know that they can fail, it’s OK to fail and they shouldn’t be afraid of it.”

After a 27th-place finish last year for the women’s team, Braden knows to temper expectations this year.

“I don’t want to put that pressure on the young crew,” Braden said. “I could see us making that national meet, but I could also see it being a growing season for us.”

Braden’s coaching will be tested in vastly different ways this year, as the men’s team is positioned as a national contender, the women’s as a hopeful rebuilder.