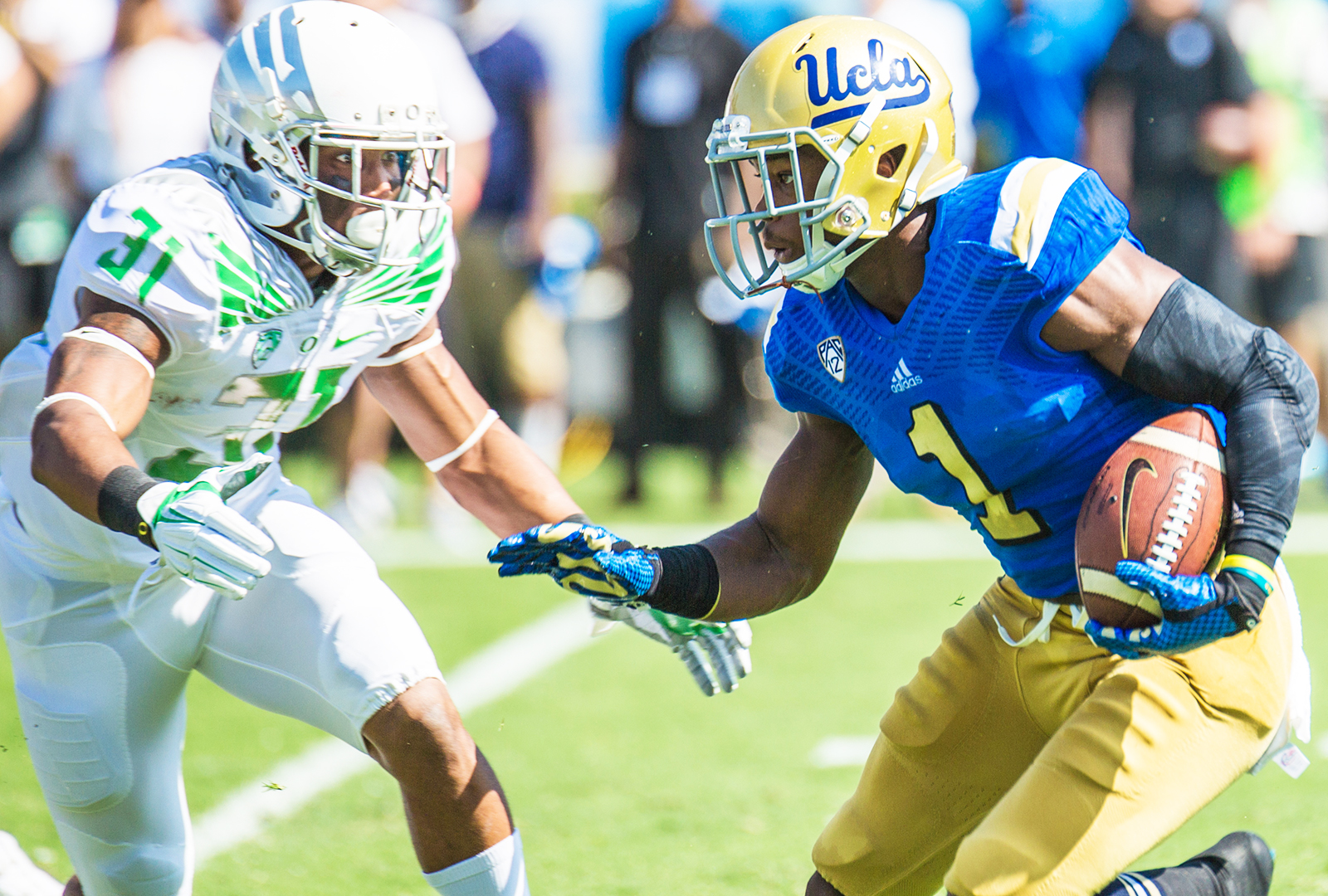 Adams, a redshirt junior on the UCLA football team, was arrested about 3:30 a.m. near the Facilities Management building in central campus about a block away from the reported robbery, according to police logs. He was released from the Inmate Reception Center downtown on $100,000 bail early Tuesday morning, according to Los Angeles Sheriff’s Department records.

Adams was arrested about 12 minutes after the driver called police and reported the robbery. The driver also reported apparent minor injuries, police said.

“We are aware of the situation and continuing to gather more information,” UCLA officials said in a statement Monday. “As this is a pending legal matter, we will have no further comment at this time.”

Prosecutors have not yet filed charges, according to Los Angeles Sheriff’s Department records.

No further information was immediately available. The case is still under investigation.

Adams has started all 26 games over the past two seasons and was expected to once again start at cornerback for the Bruin defense. The junior set a school record last season by returning two interceptions for touchdowns. In addition to his duties in the secondary, Adams has acted as one of UCLA’s primary kick returners since the 2013 season.

After a career season in his sophomore year, Adams was recently named to the Jim Thorpe Award Watch List, one of the most prestigious college football awards recognizing the nation’s top defensive backs.

No. 13 UCLA will play Virginia for its first game of the season on Sept. 5.

Adams is expected to be arraigned Tuesday in court, but a time and location have not yet been set.