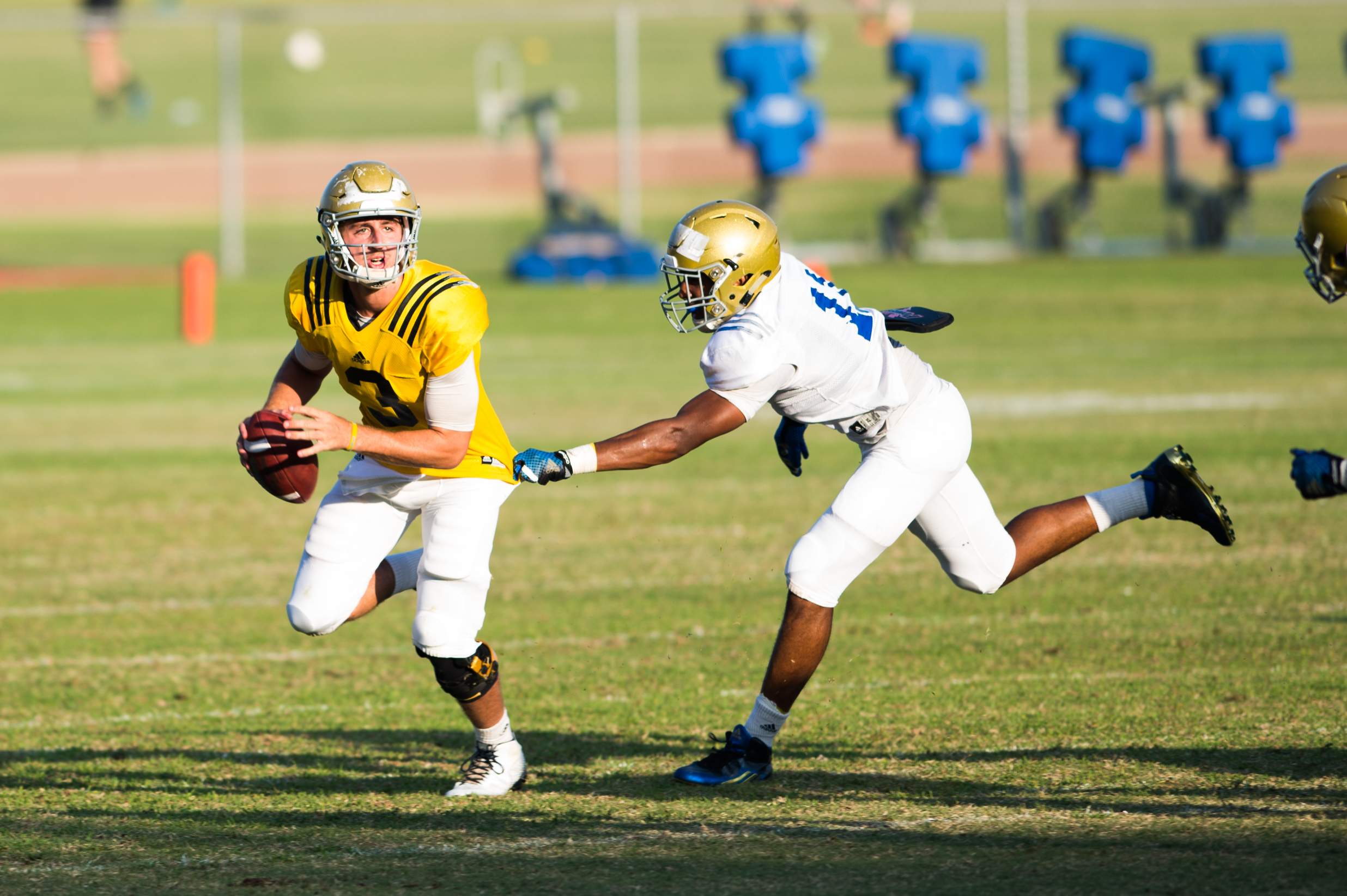 Seven months and hundreds of practices after Rosen first arrived on campus, Mora ended the suspense that dominated the football preseason in Westwood.

Redshirt junior Jerry Neuheisel, Rosen’s competitor for the starting spot, lost out on the position for which he has competed for four years. Neuheisel played as Brett Hundley’s backup quarterback last season and will do the same for Rosen against Virginia.

“It was obviously a very difficult thing for him to hear, but he handled it very, very well,” Mora said. “He’s extremely disappointed. He’s worked very, very hard. He’s done everything we’ve asked him to do.”

Rosen moved to Westwood in January after graduating early from St. John Bosco High School. He was present at spring practices in order to get an early orientation and make a move for the starting spot. The decision was mainly a “gut feeling,” according to Mora.

Mora said that he is a “one-quarterback type of coach,” meaning that Neuheisel will not see game action at the quarterback position for the foreseeable future. Rosen, who Mora said handled the news “casually,” impressed coaches with his composure.

“I thought Josh handled the pressure better every day,” Mora said. “He became less flustered and became more settled and had a better understanding of where the ball needed to go and how to get it there.”

Mora told Neuheisel during their meeting Aug. 26 that he hoped he would see Neuheisel become the UCLA football coach in the future.