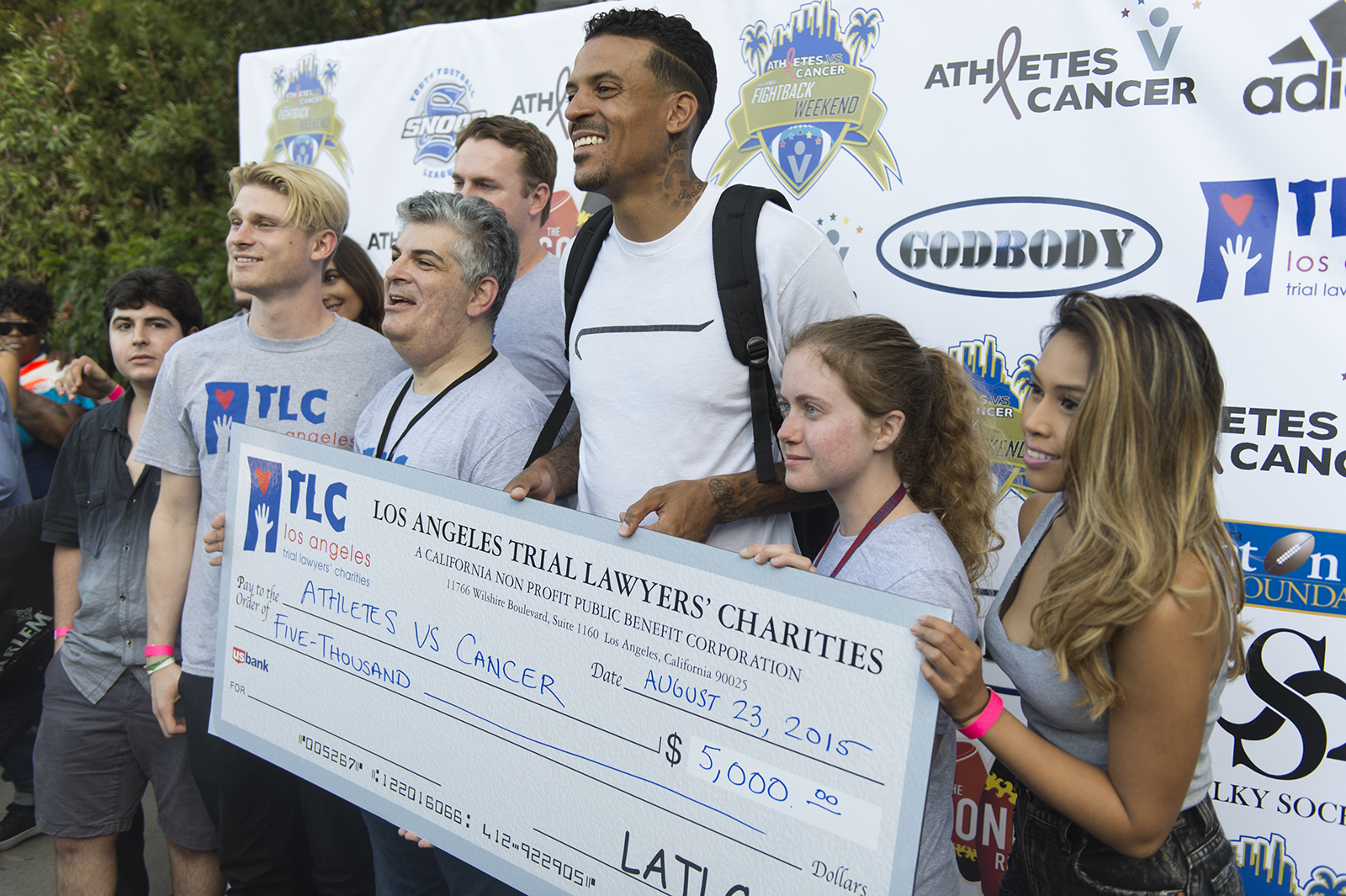 UCLA rolled out the red carpet on Sunday, welcoming celebrities and athletes from across the country to support former Bruin basketball player Matt Barnes.

Barnes, who lost his mother to Stage 4 lung cancer in 2007, hosted his third annual Athletes vs. Cancer celebrity flag football game at Drake Stadium. The event benefits Barnes’ Athletes vs. Cancer charity, which provides financial support to help families who are battling cancer.

The UCLA alum founded the charity in 2008. Now, Barnes and UCLA Teen Cancer America are working together to create a scholarship program for kids who beat cancer.

For the past three years, Barnes and rapper Snoop Dogg have teamed up for the flag football event, with each leading a team of celebrities and athletes, from NFL and NBA stars to actors and TV personalities.

“Matt Barnes is a personal friend of mine and when he lost his mom he created … this charity, so being a close friend of mine I felt like it was my job to support him and lend my celebrity … and whatever I can bring to the table and that’s what I do,” Snoop Dogg said. “We’ve been pulling this off for three years straight and we feel good about it.”

Despite the recent departure of Snoop Dogg’s son from UCLA’s football program, the rapper remains dedicated to the Westwood campus over his alma mater, USC. For the past two years, the flag football game has been an unofficial UCLA versus USC matchup.

“It’s a UCLA versus UCLA game now. All my UCLA homies, they can’t believe that I switched up like that, but I gotta roll with the family and UCLA’s been really good about football the last couple years,” Snoop Dogg said. “Coach (Jim) Mora, just the whole UCLA facility has just been loving and warm … so it’s only right to come out here and represent them.”

Fellow UCLA fan Barnes, who was recently traded from the Clippers to the Memphis Grizzlies, will potentially come up against both newly drafted Bruins Norman Powell and Kevon Looney in the NBA. Memphis plays both the Toronto Raptors and the Golden State Warriors this season.

“It’s gonna be exciting, I love playing against any Bruins, former Bruins,” Barnes said. “We gotta break them in, rough them up a little bit. We always welcome them and we’re happy that UCLA continues to turn out pros.”

Washington Wizards guard John Wall also came to lend his support for both Barnes and his cause.

“It’s Athletes vs. Cancer so it’s a great cause to give back to a charity,” Wall said. “I had my dad pass to cancer so I know how much it means.”

While Wall shared Barnes and Snoop Dogg’s passion for fighting cancer, he differed in his choices as a college sports fan.

“I don’t know too much about (UCLA basketball),” Wall said. “I know they had a guy get drafted this year. I just follow Kentucky, I don’t care about nobody else.”

Barnes also had more than just charity on his mind. As a former high school All-American football player, he was looking to shine in a different arena.

“That’s kind of why I did this. I was always a football player, and chose basketball when I came here (to UCLA),” Barnes said. “It’d always kinda been a big dream of mine to play in the NFL, so this is my one time of year to shine out there.”