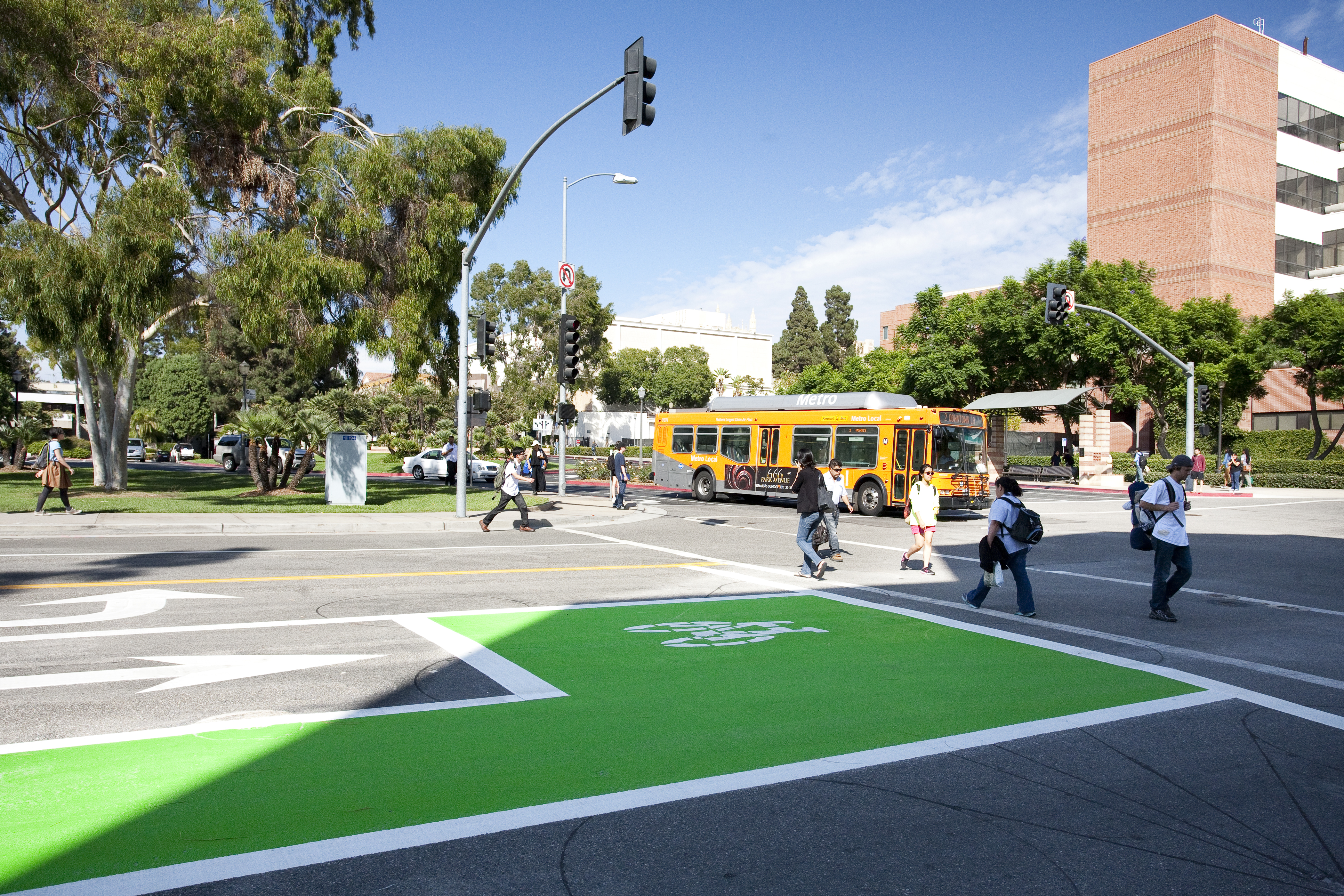 The Los Angeles City Council approved the L.A. Mobility Plan 2035, an attempt to make the city less car-centric and more friendly toward walking, biking and public transit. The council will vote next month on whether the Westwood Boulevard bike lane, a direct north-south route to UCLA, will remain in the plan. (Daily Bruin file photo)

The Los Angeles City Council voted 12-2 Tuesday to approve the L.A. Mobility Plan 2035, a 20-year transportation plan that aims to prioritize the safety of those who walk, bike and use public transit.

Councilmembers will decide next month whether the proposed Westwood Boulevard bike lane will remain a part of the plan, after the council voted to consider Councilmember Paul Koretz’s amendment in September as planned, rather than at the meeting Tuesday.

“This is the beginning of a new conversation about how we can do things differently in Los Angeles,” Councilmember Mike Bonin said.

Koretz, who represents Westwood and surrounding areas, was one of two councilmembers to vote against the plan. Before the council voted on the plan, Koretz proposed a motion asking the council to immediately vote on his amendment to the plan. The motion failed 3-11.

Councilmember Gilbert Cedillo also opposed the plan because he thinks planners did not adequately make outreach efforts and that many of his constituents in his district oppose proposed bike lanes.

“I’m enthusiastic about the plan, but I think it has several holes in some districts,” Koretz said at the meeting Tuesday.

Koretz said he thinks the bike lane would increase the response time of emergency vehicles, reduce parking in Westwood and disadvantage buses and cars. He suggested the city planners research alternate routes.

“I believe we need a north-south route to UCLA, but I don’t think we should pick the most dangerous possible choice,” he said.

Ken Bernstein, a city planner who worked on the plan, said some changes to the mobility plan, depending on their impact, would require evaluation from city planners. The city council’s Planning and Land Use Management and Transportation committees, and then the full council, would have to vote to approve the changes.

Removing the bike lane on Westwood Boulevard would require extra environmental analysis to find out how much of a difference it would make, said Claire Bowin, a senior city planner who worked on the plan.

Councilmembers will be able to make amendments to the plan after the two committees meet in September.