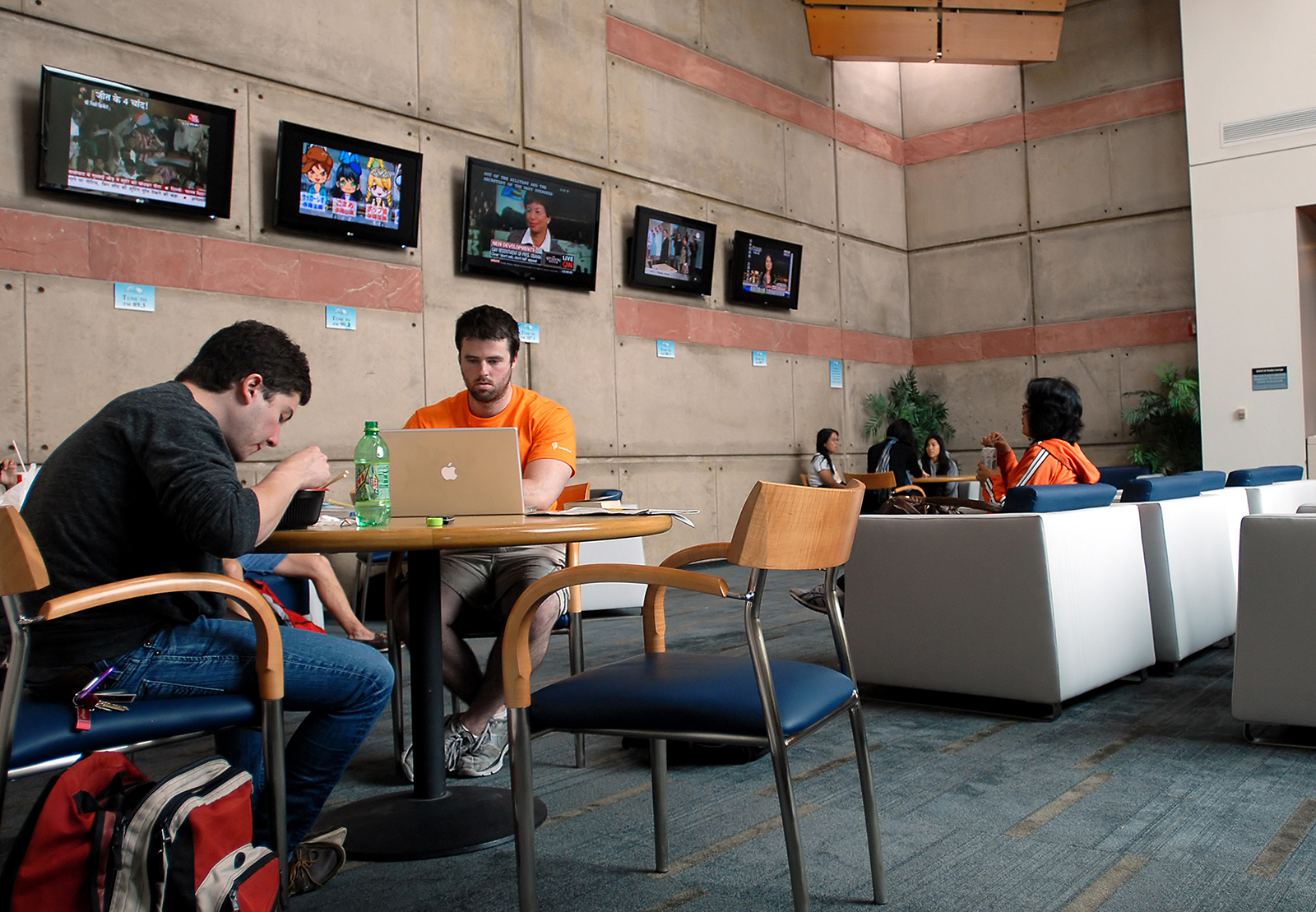 The Global Viewpoint Lounge will be converted into a conference room, according to a plan approved by Associated Students UCLA. (Daily Bruin file photo)

ASUCLA set aside $300,000 in February to renovate the lounge, but decided to repurpose the space at an ASUCLA Services Committee meeting on Friday. Members on the ASUCLA Board of Directors strayed from their initial vision of creating a high-end, medium-sized theater with comfortable tiered seating that was intended to host events such as student group performances.

ASUCLA Executive Director Bob Williams said the initial vision would likely exceed the budget, and construction would be complicated because UCLA Facilities Management would have to oversee the construction of the tiered seating.

ASUCLA officials changed their vision to accommodate UCLA Undergraduate Admission, which uses the venue as a starting point for its tours, Williams added.

The seating in the initial plan could only accommodate about 100 lounge chairs, but Undergraduate Admission officials wanted to maximize the capacity, said Roy Champawat, director of the UCLA Student Union.

The revised setup will feature 125 stackable chairs and an upgrade for the acoustic, visual and audio systems, including plans to install a 98-inch LED screen and sound absorbers to minimize echoes, Champawat said.

“Although ASUCLA has allocated $300,000 for the renovations, the real budget is slightly higher due to the partnership between UCLA Student Affairs and ASUCLA,” Champawat said.

The proposal to change the style of the lounge to increase capacity was not an action item, but members approved the changes.

“A 125-seat (conference room) is not a oversized space,” Champawat said. “It’s more flexible than the initial plan and will be an asset to the community.”

The project is still in the bidding and planning phase, and the time of completion is unknown.