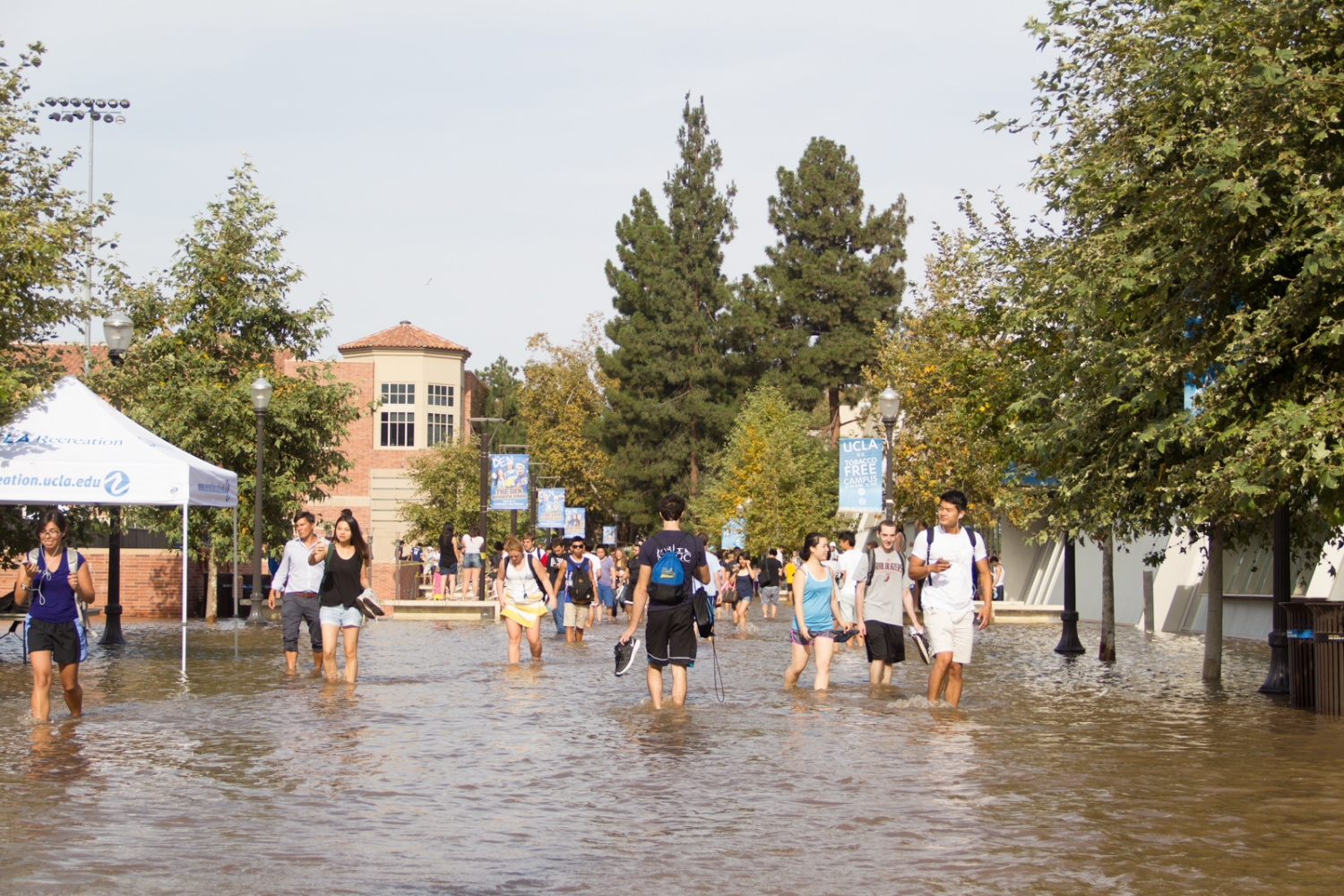 UCLA officials are demanding $13 million from the Los Angeles Department of Water and Power to pay for damages caused by the Sunset Boulevard water main break last summer.

UCLA spokesman Phil Hampton said university officials submitted a preliminary claim Thursday to the LADWP, which had previously acknowledged its responsibility to reimburse UCLA for losses.

The LADWP is currently reviewing UCLA’s claim and expects the matter to be resolved by the end of the year without needing to go to court, said Christal Chacon, an LADWP spokeswoman.

The LADWP’s insurance policy has a $3 million deductible for each flooding incident to cover any damages or losses, which includes some of the damages UCLA claimed.

On July 29 last year, a more than 90-year-old steel-riveted pipe burst underneath Sunset Boulevard, releasing about 20 million gallons of water and flooding Bruin Walk, Pauley Pavilion and Parking Structures 4 and 7. More than 700 cars, more than half of them belonging to students, were trapped in the structures.

Workers were able to refurbish Pauley Pavilion’s court by the end of last October. The UCLA women’s volleyball team played their home games at Pepperdine University, but renovations did not affect men’s or women’s basketball teams’ schedules.

In an October interview with the Daily Bruin editorial board, Chancellor Gene Block said a top LADWP official called him shortly after the flood, apologizing and saying the utility was responsible for the damage.

The flood raised concerns about the city’s aging infrastructure and the damage they can cause when they’re not maintained.

LADWP officials are seeking to increase the utility’s rates by 2.4 percent for low-use customers and 5.4 percent for high-use customers each year for five years, raising the typical customer’s bill by $4.75 each year, to respond to aging pipes. Officials said about 85 percent of the revenue coming from the increased rates would go to infrastructure repairs.