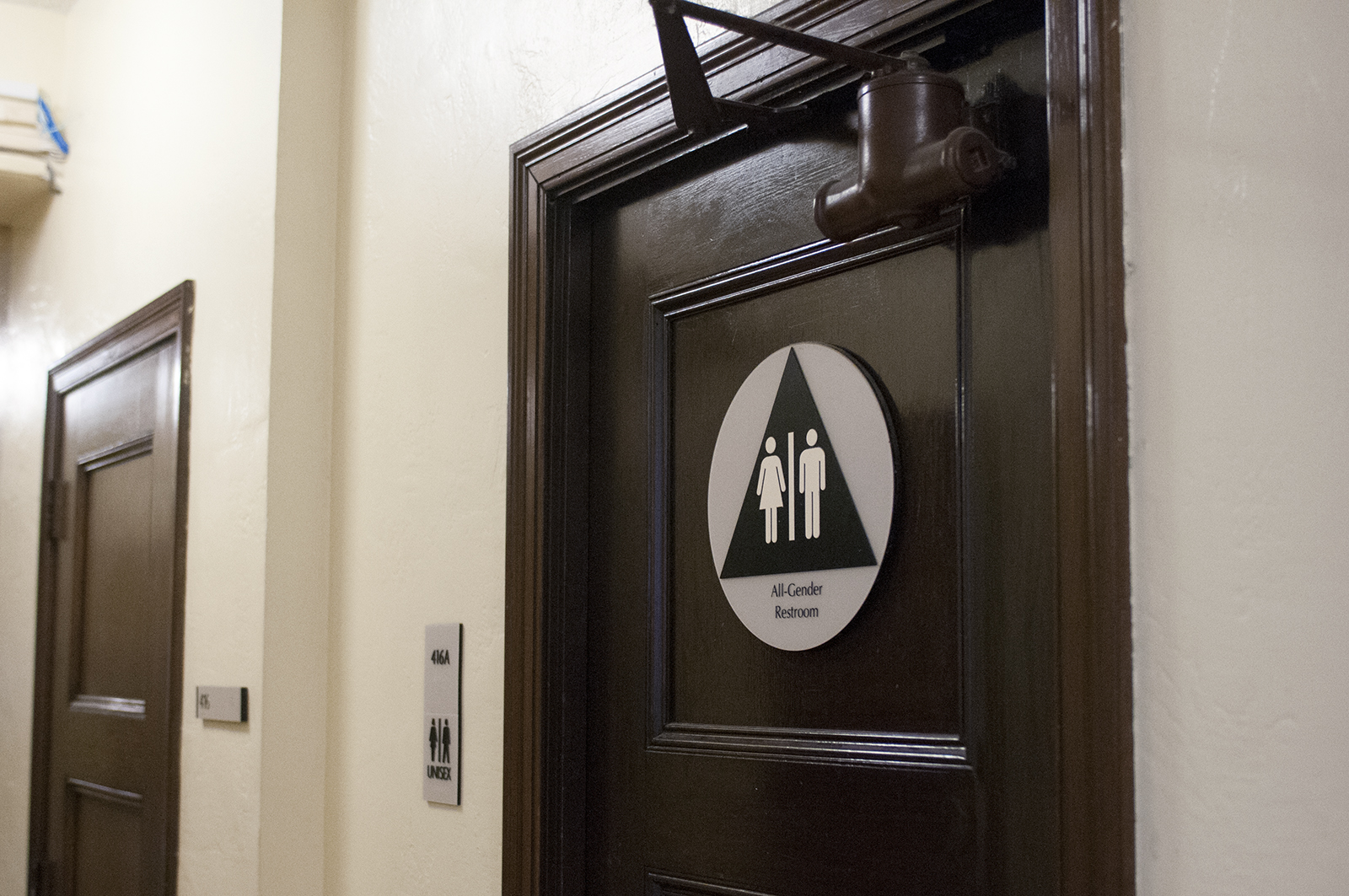 Workers will begin the construction of an all-gender restroom in the A-Level of Ackerman Union Tuesday. There are currently 59 all-gender restrooms on campus, including one on the fourth floor of Kerckhoff Hall. (Daniel Alcazar/Daily Bruin senior staff)

Associated Students UCLA will begin Tuesday the construction of the first all-gender restroom in Ackerman Union, in response to requests from members of UCLA’s lesbian, gay, bisexual and transgender community.

Roy Champawat, director of the student union, said the restroom is expected to be completed mid-September and is estimated to cost about $148,000 for design, approval and construction.

The all-gender bathroom will be located on the A-level of Ackerman Union, across from the existing bathrooms near Campus Cuts. Champawat said the restroom is single-occupancy and will include a toilet and sink for one person.

In September, the UC Office of the President released a statement calling for the increase of LGBT facilities on UC campuses.

However, Carly Calbreath, an ASUCLA undergraduate representative, said she is disappointed by UCOP’s attempt to construct more all-gender restrooms, because the statement only states the UC might convert existing single-stalled restrooms into all-gender restrooms.

“If you walk through Ackerman, or any other building on campus, how often do you see a single-stall restroom (to convert into an all-gender restroom)?” Calbreath said.

UC spokeswoman Shelly Meron said in an email statement the UCOP did not have information on how many existing single-stalled restrooms were converted into all-gender restrooms at UCLA.

Calbreath, a fifth-year geography and environmental studies student, suggested building an all-gender restroom in Ackerman Union at the start of the 2014-2015 school year.

“The student union is the center of student life at UCLA, and ASUCLA would be able send an institutionalized message of inclusion by constructing the restroom,” Bhattar said.

“Transgender students don’t present the gender they … ‘are supposed to be,'” Bhattar said. “When they enter restrooms, they might be questioned, yelled at or even beat up.”

Bhattar, who is also a member of the UCOP LGBT advisory group, said each UC has its own unique set of struggles, but each is working to address the needs of the LGBT community.

“At UCLA, we’re continuing our strategy of using our resources to build facilities all identities of the LGBT community can feel comfortable using,” Bhattar said. “I’m proud of (how far) we have come but there’s still work to do.”

Calbreath added she hopes to see more all-gender restrooms built around campus in the future, but she thinks the costs associated with adding and modifying bathrooms will stall the process.