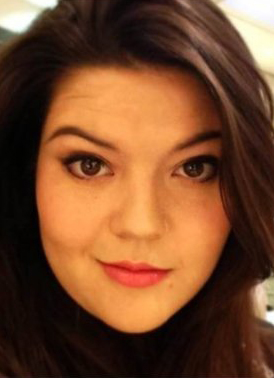 The most underrated college experience is failure.

For the past four years, I’ve written stories about arts and entertainment that range in topics – from a pie contest to the JazzReggae Festival to horror films to furniture art installations to celebrity sightings. It’s almost always been unexpected, but amazing nonetheless.

But behind every article, there’s an even better story I didn’t tell. You never got to hear how many classes I skipped to schedule interviews with Robert Zemeckis or Josh Hutcherson. You’d never know that I visited professor Robert Watson’s home to talk about Shakespeare, or that I got a Baskin-Robbins ice cream with screenwriter Ed Neumeier and talked about the military, or that I charmed my way onto a red carpet for American Idol when there weren’t enough press passes.

Just like the good stories went unheard, I left out the bad bits as well. I would often angrily swear and yell in the Daily Bruin office as I struggled to rewrite stories after six rounds of edits. I would fight with editors over literally one word because I thought it better captured the essence of the subject. I almost quit after my second year.

It’s important to understand that the stories in these articles extend beyond the 700 words you might choose to skim through between classes. The interviews I conducted to write those articles, at least 90 hours of recorded content, were where I gained some of the most critical lessons I learned in college.

Generally, all of the subjects I wrote about were in the paper for one reason: They were successful.

It doesn’t take a genius to figure that out, but success wasn’t what compelled a reader to finish an article.

The real thing all my subjects had in common was that they struggled to get where they were. “Family Guy” showrunner Steve Callaghan said he used to perform in Kerckhoff Coffeehouse with the UCLA Comedy Club and was received with dirty looks from students trying to study.

Across these hundreds of interviews I conducted, I found that success is tied inextricably to failure. Yet, as successful UCLA students, we often want to cut that part of our own stories out with an elegant set of ellipses. So the best advice I can offer is to try something and fail. Then try something else. More than once if possible.

Failure is the best teacher for developing skills such as resilience, grace and perseverance. These are the parts of your story that will be most defining and memorable, and it’s a story you should be proud to share.

Whenever I asked famous alumni for advice to Bruins, it was never to take an extra class or get close to a professor.

“RoboCop” actor Peter Weller said I ought to start listening to flamenco music. Actress Yvonne DeLaRosa said she regretted not spending more time in the Franklin D. Murphy Sculpture Garden. They said to enjoy myself.

What I’ve learned from these many interviews with successful people is that success is what you make of it. Sometimes a mistake is just a blessing in disguise.

So change your major, audition for an a cappella group, dance at the Bruin Bear, study abroad, go on a terrible Tinder date or quit the job you hate. Fail at something and embrace your rock-bottom moments.

But please, don’t let a little writer’s block get in the way of writing your story.

Rocha was an Arts and Entertainment reporter from 2012-2015.