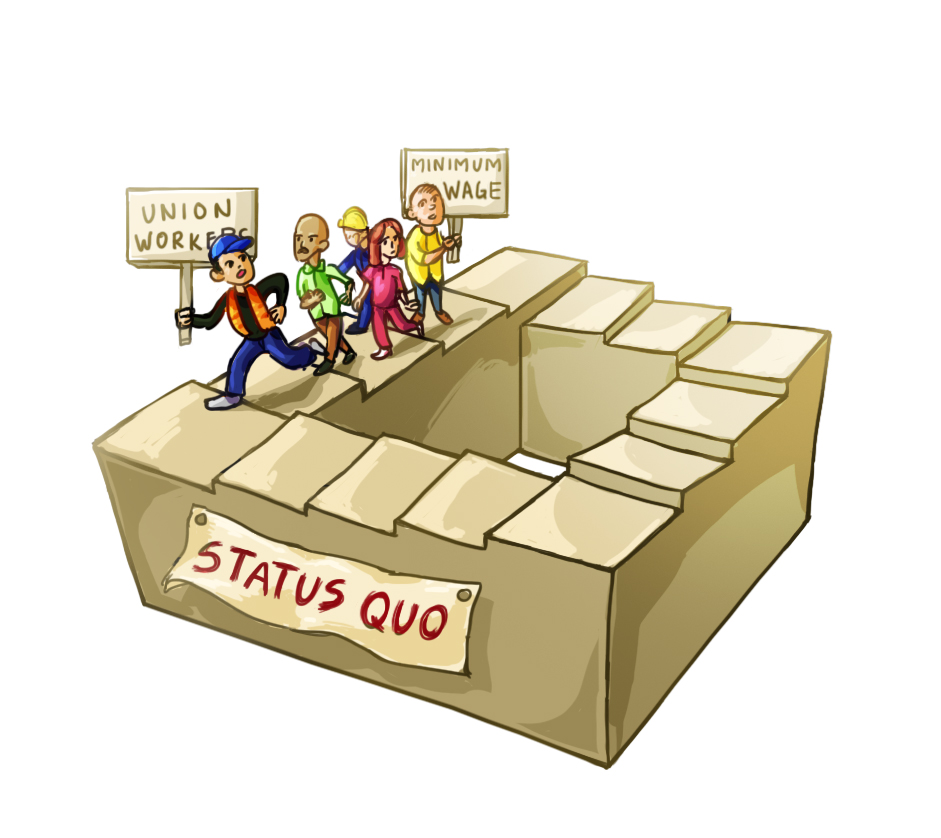 In the race to try to help workers, Los Angeles labor unions may have tripped right before the finish line.

They successfully campaigned for a $15 per hour minimum wage ordinance. But now, some unions in Los Angeles are pushing for an exemption to the ordinance for employers whose employees engage in collective bargaining to pay below the mandated minimum wage.

Unions claim that the exemption gives employees more flexibility to negotiate a wage that maximizes the benefits an employer is willing to give them. Wage ordinances commonly have these types of exceptions because wage increases could prompt employers to fire employees to avoid paying more. Additionally, some employees may care more about benefits than the actual hourly wage, which means they would be willing to take less hourly pay for better benefits with the job.

While these are legitimate concerns, Los Angeles labor activists should stop the trend by supporting the new wage ordinance without the exemption clause. Retroactively pushing for this exemption in the wage ordinance undermines one of the central values of the wage increase – to recognize and rectify wage imbalances in an increasingly exploitative status quo. This exemption does both workers and the unions a disservice. Rather than push for an exemption, unions can push for forms of collective bargaining that complement higher wages rather than detract from them.

Unions may say they need the exemption to bargain effectively, but they’re setting their sights too low in fighting for a workforce that faces some of the toughest economic circumstances in the country. About 75 percent of the Los Angeles workforce in 2013 earned less than comparable workers 30 years before. An increase to $15 per hour may not even be enough to afford housing in Los Angeles due to high living costs in the city. This means that $15 per hour, especially by 2020, really isn’t that much money. We need a minimum wage increase because of how little the current minimum wage provides. Unions shouldn’t see $15 per hour as something negotiable when it’s doubtful that some workers will even be able to afford housing with that amount.

To be sure, unions are correct that the exemption clause would give employees flexibility to negotiate their own pay with employers.

But it’s a union’s responsibility to push for structural changes to a system that incentivizes people to accept less than a living wage just to maintain basic necessities. A union should not be in the business of giving employers an easy way out of paying their workers.

Additionally, this isn’t just an issue that affects workers outside of the UCLA community. Many students with jobs in Westwood Village or alumni who are currently working hourly wage jobs will be affected by the wage increase. About 70 percent more college graduates worked minimum-wage jobs postgraduation in 2013 than 10 years before. These numbers demonstrate that, whether we like it or not, there’s an increasing chance that we could be affected by minimum wage laws after graduation. This means that an exemption could put students in the position of having to give up pay for certain benefits.

If the exemption were to pass, employers would be incentivized to turn to unionization because it would enable them to pay their workers less in exchange for giving them benefits that are ultimately cheaper. A better approach for unions would be to take the minimum wage victory and then begin the fight for better social services or employment benefits. For example, one objection to the wage increase is that making more money will disqualify some people from social services without giving them enough to live without welfare. In order for unions to really represent workers, they should not let people accept anything significantly below a living wage just to survive. They could lobby to readjust social welfare cutoffs instead of telling their members to take less money in wages.

Moreover, it seems like much of the motivation for the exemption clause may be self-serving for the unions. The collective bargaining exemption that commonly comes along with wage ordinances almost universally leads to higher union participation, which leads to increased union revenues and power.

The union’s backtracking has given many people mixed signals, and that’s disappointing because the minimum wage increase sent a clear message – Los Angeles workers deserve more. Now unions must choose to be consistent with that.