Student battled cancer, other obstacles in journey for higher education 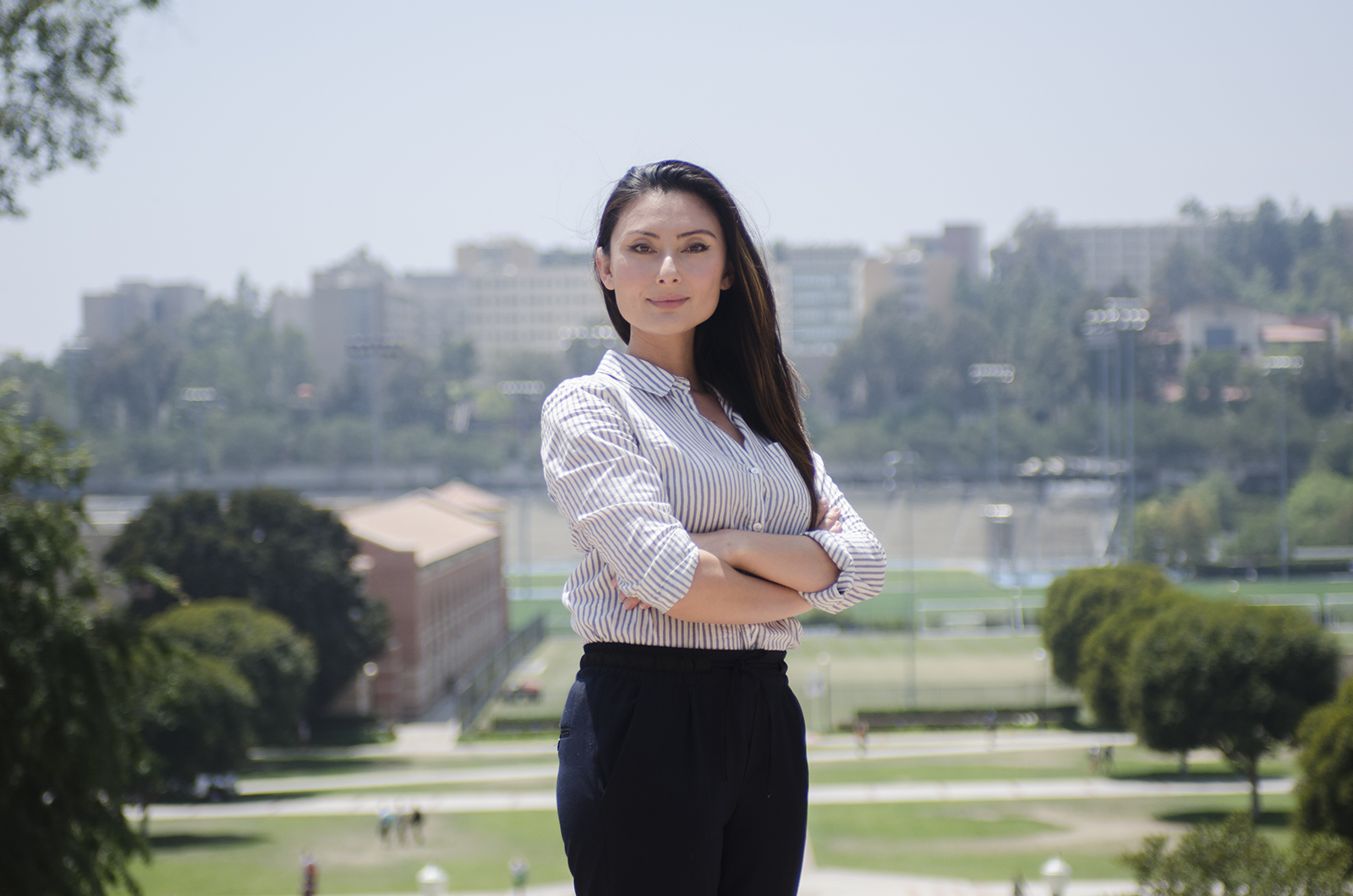 Sahar Ghorany started community college at a fifth-grade English reading level. At the time, she was a part-time student, a full-time mom and a soon-to-be cancer patient. Then, a cancer survivor.

After five years at Irvine Valley College, Ghorany, a third-year psychology student, is finishing up her first year at UCLA on a full scholarship with a near-perfect GPA.

She said she has her bearings now, but her journey has not been an easy one. Despite the obstacles, her drive to achieve higher education was unwavering.

“I love learning,” she said. “I was always reading, watching TED Talks and the Discovery Channel. I wanted to set an example for (my daughters).”

“I wanted my own interests, I wanted a career,” Ghorany said. “Being a house mom would (have) bored me.”

Beginning community college was difficult, she said. She lacked confidence in her English reading and writing skills because she attended junior high and high school in Iran. She said she had always excelled in math and science, so she took those courses first and saved English for last.

Ghorany said she discovered she loved the challenge of community college, and she loved explaining things to her classmates. She formed study groups with struggling students and tutored them, and told her teachers she would help anyone who needed it.

When she was diagnosed with nasopharyngeal cancer in spring 2009, her family was worried she wouldn’t be able to keep up with her course load. That fall, she weathered chemotherapy and radiation that burned her throat and neck for five months. Ghorany lost her hair and couldn’t eat or swallow anything, she said. She added that it was months before she could eat and taste anything.

Still, during the treatments, Ghorany still tried to find small ways to continue her work and not fall too far behind.

“I’m really good at doing my best and accepting what can’t be changed,” she said. “When I was sick, I still found ways to do what I could. I still wanted to keep life meaningful.”

She eventually completed her studies at Irvine Valley College after pursuing a variety of paths, including nursing, before deciding on psychology.

She was accepted into UCLA in spring 2014. Ghorany received a Regents Scholarship, Cal Grant award and a Prytanean Alumnae Association Scholarship, which covered her tuition.

“I couldn’t even open the email when it came,” she said, laughing. “One of my daughters had to do it for me.”

Soon after she arrived, Ghorany had another cancer scare, but later discovered it was a false alarm. But spending the weekend before finals at testing centers caused Ghorany’s perfect 4.0 GPA to take a small hit: she received an A-minus in one of her classes.

So far, this is the only grade less than an A that she has earned.

Ghorany’s teaching assistant for that class, Patricia Moreno, a graduate student in clinical psychology, said Ghorany is motivated to think more critically about the subject than most of her other students.

Moreno said Ghorany came to her office hours to discuss Moreno’s work with cancer patients. One day, Ghorany asked Moreno in office hours if Moreno could refer her to studies about research in those fields.

“I gave her a paper and she came back the next week to talk about things that piqued her interest,” Moreno said. “She went one or two more steps beyond what students usually do.”

Throughout her education, Ghorany has not only been a mother to her two daughters, but has also been a mother figure to other younger members of her family.

Her niece and nephew, Sarah Bidgoli, 18, and Kian Bidgoli, 17, lost their mother to cancer two years ago. They said Ghorany has since then become an even more active part of their lives, helping them with school and consulting them on personal problems.

“She took on a double role for me as a mom and as an aunt,” Kian Bidgoli said. “A couple months ago, I was feeling really unmotivated, and she signed me up for an SAT class to boost my score.”

Sarah Bidgoli, who attends Saddleback College, said Ghorany going back to school as a mother with two children inspired her to pursue community college as well.

Ghorany said she is focused on doing what she enjoys: giving back, pursuing education and finding a career she is passionate about.

She wants to work in a health care-related therapy field to give back to the community that treated her well while she had cancer, she said. She’s looking into physician assistant programs, college counseling or another graduate path.

But she doesn’t want to waste one moment.