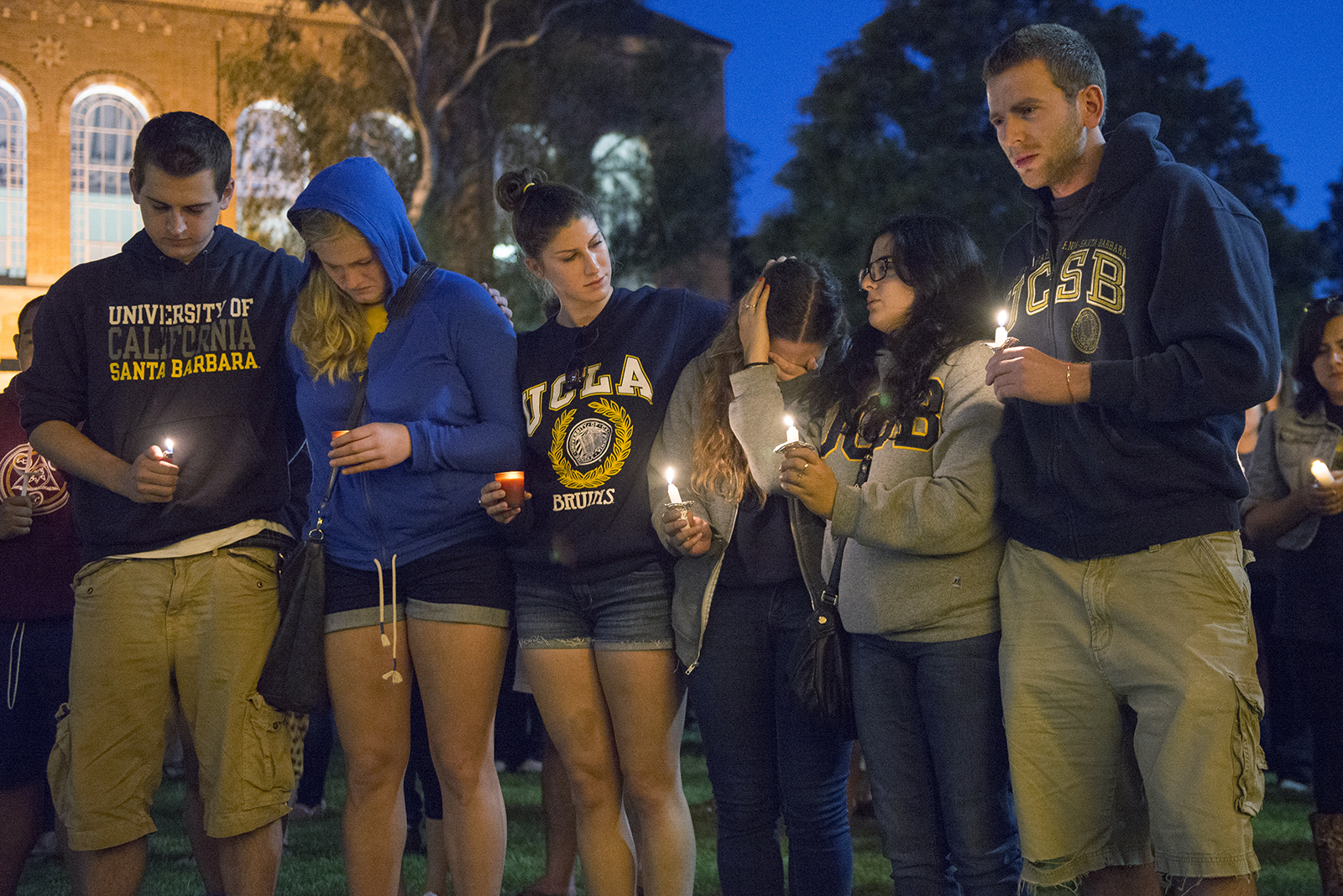 On May 23, 2014, a mass shooting in Isla Vista occurred near the University of California, Santa Barbara. Six innocent lives were lost, and 14 others were wounded. Our hearts were broken once again. We were horrified, and we identified with the families and the young people who died. Their promising lives were stolen from their families, loved ones and communities. We cried, and we vowed that this time we would finally do something about this horrific epidemic in our country. We talked and discussed and once again we couldn’t, as a nation, take meaningful action.

In California, however, we found a tool and legislators with the courage to pass legislation that has the potential to have a huge impact on preventing these and other similar tragedies. Assembly Bill 1014 will take effect in California on January 1, 2016, allowing for family members or law enforcement officers to petition for a Gun Violence Restraining Order against individuals who pose a danger to themselves or others. It is the first law of its kind anywhere in the country.

The facts around the Isla Vista shooting are well known. The mother of a young man suffering from mental illness called the Santa Barbara County Sheriff’s Department to ask them to check on her son. She was concerned that his behavior strongly indicated that he was dangerous to himself or to others. Law enforcement went to the young man’s apartment to check on him. He said he was fine, and the deputies left. That young man had recently purchased several firearms and lots of ammunition. But the deputies did not ask if he had any firearms or other weapons. Even if they had, there were no laws in place that would have given them the authority to remove the weapons without the young man’s permission. Shortly thereafter, the young man went on a killing spree with his recently legally purchased firearms.

This young man should never have had a gun.

Given the number of recent mass shootings by persons whose histories are known, it is inconceivable that the Isla Vista shooter or the other mass shooters could legally own guns.

After every mass shooting, questions of mental health are raised in discussing policies to prevent future tragedies. It is important, however, to reiterate that the majority of people with mental illness are not violent, and continuing to focus on mental illness alone further stigmatizes those with mental illness, discouraging some from getting needed treatment.

All potentially dangerous people – with or without mental illness – should not have guns. This broader interpretation includes people experiencing a mental health crisis, experiencing severe depression or those who have a history of violence or addiction to drugs, alcohol or both, for example. The epidemic of tragic mass shootings can be prevented by implementing policies based on science showing that keeping lethal weapons away from dangerous people will prevent many of these tragedies.

There is also evidence that only looking at mental illness is too narrow a lens and not consistent with data showing that mental illness, on its own, contributes very little to overall interpersonal violence in society, at about 4 percent. The majority of gun deaths in the United States are suicides, accounting for more than 60 percent of overall firearm deaths, and mental illness does play a larger contributing role in self-harm. We tend to forget that areas in the United States with higher firearm ownership have higher rates of suicide. Particularly looking at youth suicide, one study of firearm suicides among youth age 17 and younger found the overwhelming majority – more than 80 percent – were carried out using a family member’s firearm. It is clear that suicides can largely be prevented by making it harder for dangerously depressed individuals to access firearms.

California has been a leader in enacting sensible gun violence prevention legislation, but until now, families and loved ones of individuals who are suffering from a mental illness crisis or depression have not had a way to have guns removed from their loved ones’ possession. Following the horrific Isla Vista massacre and others across the country, California has taken unprecedented action. I can only hope other states will quickly follow suit.

Weiss is former associate director of the Southern California Injury Prevention Research Center at the UCLA Fielding School of Public Health and founder of the Violence Prevention Coalition of Greater Los Angeles.