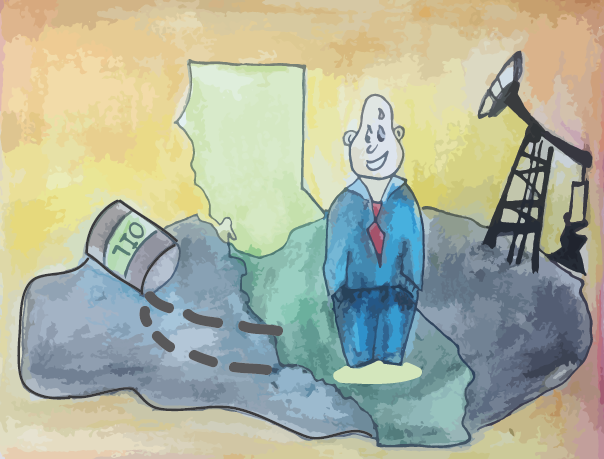 If the University of Hawaii has its way, fossil fuels could go the way of the dinosaurs.

Fossil fuels encompass oil, coal and natural gas and are indisputably the most important energy sources that power our industrialized society. However, their serious negative environmental impact is also no secret. A main reason for this is the colossal amount of carbon dioxide, a greenhouse gas, that is emitted into our atmosphere when these fuel sources are burned. This contributes to documented climate changes such as higher temperatures, more droughts and wilder weather, among other effects.

Considering the damage fossil fuels produce, the morally right thing to do is for institutions to divest from fossil fuel companies as fast as possible. In particular, the UC, which voted in September not to retire their endowment fund from oil, coal and gas companies, should explore alternative investment strategies with greater vigor and take steps toward divesting from harmful, socially irresponsible companies.

The UC currently has $10 billion in fossil fuel holdings out of its $91 billion endowment fund. This is a substantial sum of money, so it’s normal for the University to be cautious about jumping into such a decision and reallocating such a sum.

However, the decision not to divest has put the UC at odds with other higher education institutions. Hawaii’s move puts it alongside Stanford University and the University of Washington, in an ever-growing trend for institutions and cities to divest from fossil fuel companies. Earlier this year, the Guardian initiated a campaign urging such divestment. Recently, the California Democratic Party voted to stop investing the state’s pension fund, valued at $500 billion, on fossil fuel stocks. In the same week, President Obama said in a speech that climate change, largely because of fossil fuels, is an “immediate risk.”

These events show the urgency of changing the UC’s previous position, as it makes the university system stand out as an institution that does not practice what it preaches, especially considering UCLA has called itself a “living laboratory for sustainability.”

Granted, after the vote, the UC has taken an important step by allocating $1 billion of its endowment fund to invest into green initiatives. This is a considerable amount of money, and the UC has indeed been a pioneer in efforts against climate change: In February, it became the first university to sign the Montréal Carbon Pledge.

But, continuing to have money in fossil fuel companies is a significant blemish in its efforts for sustainability.

One reason why the UC did not choose to divest in September is that most of the task force felt that it would most likely not have a significant effect on the negative effects of climate change.

To be sure, taking out a $10 billion investment would have minimal impact on such companies, considering their massive profits. However, the move would be significant in its message: One of the largest university systems in the world would take a stand against the use of environmentally and socially irresponsible energy sources. This political move would be momentous in raising awareness of the threat climate change poses, and truly make the UC a leader in the fight against climate change.

Another reason the vote did not pass was that it could be troublesome for the University’s portfolio: Divesting from such companies would have important financial consequences, said Jagdeep Bachner, UC Regent’s chief investment officer after the vote.

This is true, and it would be difficult to compare Hawaii’s $66 million divestment to UCLA’s $10 billion. However, this isn’t an excuse not to try.

The UC doesn’t invest entirely in individual companies – many times, it invests in indexes. Essentially, this means that it invests in a singular entity – think the S&P 500 – that contains many different types of companies within it. From there, the UC receives money based on the average return of those companies as a whole.

The UC could progressively reduce its funds from fossil fuel indexes and find alternative investing routes, with the goal of eventually reaching total divestment from fossil fuel companies.

In the end, the UC cashing in on its political currency may do more than any dollar amount could.