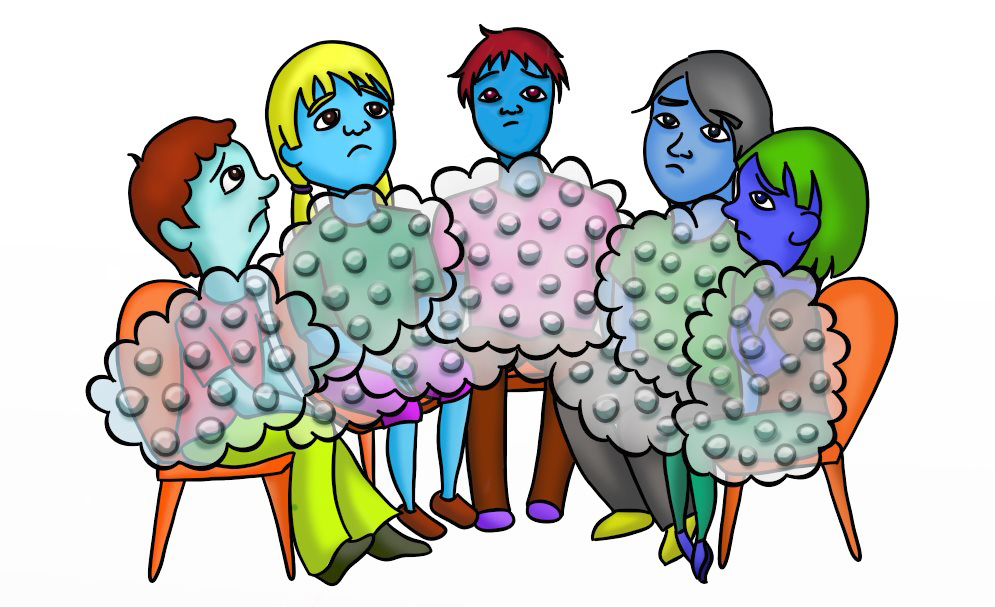 In the big, bad real world, there are no “safe spaces” – at least, that’s what the media has been warning college students lately.

From The New York Times to Time, columnists have been condescendingly slamming college safe spaces for “coddling” and “infantilizing” our hypersensitive generation by letting students avoid uncomfortable truths.

But here’s a reality check for those who patronize students who request “safe spaces” on campus: These aren’t meant to insulate. They’re meant to promote growth by giving us the right to ask that our peers don’t speak hatefully, that our identities are not marginalized and that our professors and mentors warn us before they teach graphic content about rape and war. There’s a difference between censoring hateful speech and discouraging talking about difficult subjects.

As we wrap up Mental Health Awareness Month, it is all the more pertinent to define what criteria makes a safe space productive. On our campus, campaigns such as 7,000 in Solidarity, the mental health campaign All of Us, LGBTQ Awareness Week and Campus Assault Resources and Education at Counseling and Psychological Services, or CARE at CAPS, aim to create safe spaces with workshops and discussions, but UCLA is a long way from becoming one, big safe space itself.

Expanding these spaces across campus and fostering learning within them begins in the classroom. To help professors create safe spaces, UCLA should adopt a campus-wide policy that requires faculty members to forewarn their students about potentially triggering material they plan to teach, such as graphic content about rape or war, while still having to hold their students responsible for the knowledge on exams or other graded work.

In college, we’re still growing up, or at least learning how to. Within the college borders that prioritize productive and open learning, we should be able to trust our environment. With advance notice, students who have experienced traumatic events themselves can have time to mentally prepare themselves to face the material head-on, rather than be unexpectedly confronted by it.

These classroom warnings about potentially disturbing material don’t necessarily have to be official “trigger warnings” bolded on the top of a syllabus in formal language. They can take the form of verbal cautions or an explanation of a topic’s importance in the course before a video or book is used, as long as they are given at least one lecture in advance.

This lets students face challenging material on their own terms, without fearing the stability of their mental health.

However, critics of safe spaces are right about one thing: College is for learning, and we can’t do that if we fear what disturbs us. But an unsafe campus, which ignores the fact that extreme stress and anxiety prevents half of our student population from academic achievement, runs the risk of discouraging students who are survivors of assault, war or other types of trauma from participating in certain discussions completely.

And when we’re prepared, we rise to the occasion.

Savannah Badalich, the Undergraduate Students Association Council’s former Student Wellness commissioner and founder of 7,000 in Solidarity, said that in her experience, offering warnings about content before educational events with 7,000 in Solidarity, students rarely leave the event after being alerted.

That is to say, students who are provided the agency to decide whether or not they want to participate in a discussion more often than not choose to engage. That’s what safe spaces foster – students who can approach a discussion because they trust their mentors and their peers, rather than students who have to retreat from one because they felt uncomfortable or were taken by surprise.

For what it’s worth, college has not sheltered me from scary ideas. I’ve been confronted with more controversial ideas in college than I have anywhere else. Before college, I didn’t know what it meant to be assaulted, let alone that it happened to my friends. I didn’t know that certain punch lines were considered racist.

So for the critics who want to burst our supposed safety bubble or call us wimps for creating places to learn, let it be known that safe spaces don’t give us shelter. They give us power.