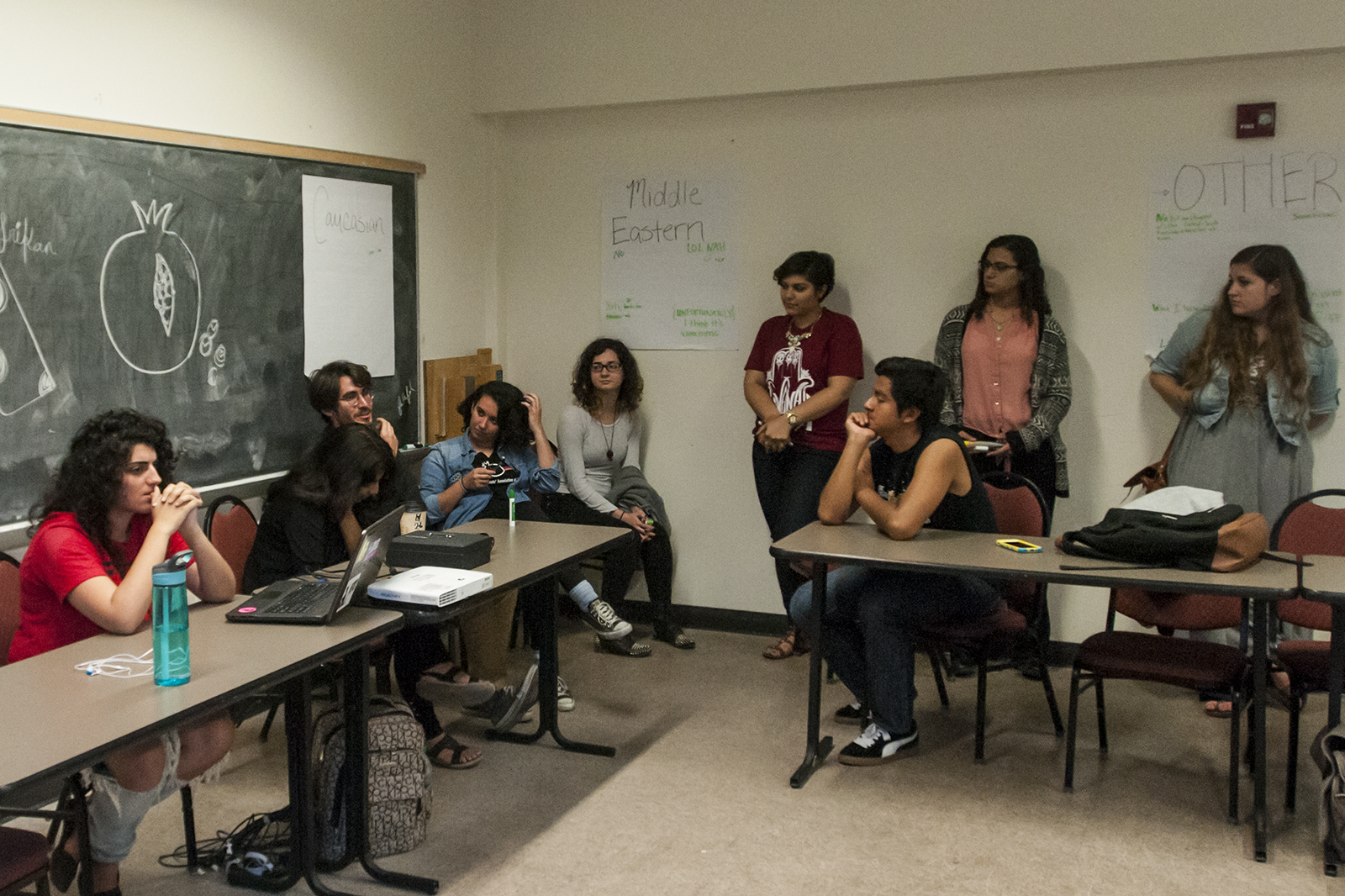 When Yaacov Tarko first heard other people describing their identities as Southwest Asian and North African, he immediately felt his Jewish identity was connected to their region and culture. His family lived in Europe after the Romans expelled Jewish people from the land they lived in the Bar Kokhba revolt, but does not identify as European.

Students in the SWANA Coalition at UCLA do not identify with one ethnicity, nationality or religion, said Mikael Matossian, president of the Armenian Students’ Association and a fourth-year environmental science student. Instead, they identify with diaspora communities from the region.

The coalition began its first annual SWANA Week on Saturday. The weeklong series of events aims to increase others’ use of the term and give Southwest Asian and North African communities a space to advocate for common issues, said Negeen Sadeghi-Movahed, an event organizer for the SWANA Coalition and former Undergraduate Students Association Council transfer student representative.

Organizers screened two documentaries about the displacement of Assyrians, Yazidis and Syrians in Iraq and Syria, moderated a discussion about SWANA identity and hosted a spoken-word event in collaboration with the USAC Cultural Affairs Commission.

The UCLA Armenian Dance Group, LA Dabke Troupe and other student choreographers will end the week with traditional dance workshops on Thursday.

The University of California added the “Southwest Asian/North African” category to its list of ethnicities starting with the 2013-2014 application. The ethnicity includes 32 subcategories that were previously categorized under “White/Caucasian.”

Sadeghi-Movahed said she thinks SWANA Week promotes a shared understanding that regardless of political struggles and sectarian conflict in the region, SWANA-identified individuals all come from the same place. Matossian said the term SWANA unites communities that can act in solidarity with each other.

Sadeghi-Movahed added the SWANA identity has the potential to bring together students who are traditionally divided over controversial issues like divestment from Israel or Turkey.

Matossian said SWANA communities do not simply connect over shared cultural aspects such as music, dance and language, but also over shared histories of colonialism and displacement.

“I’m the first Jewish student (at UCLA) that’s been involved in the coalition,” he said. “It’s an opportunity to portray the Jewish experience as part of the SWANA experience.”

Tarko added that he thinks it’s unfortunate that a Jewish option does not exist under the SWANA category on the UC application because other members of the Jewish community may identify with SWANA region but not with Israeli.

Matossian said some students don’t understand the need for a new label, but he thinks the SWANA identity unites communities that are typically underrepresented.

The SWANA Coalition is not currently officially recognized, but Matossian said members plan to form an official student organization in the fall so the coalition will be able to apply for funding and host events year-round.