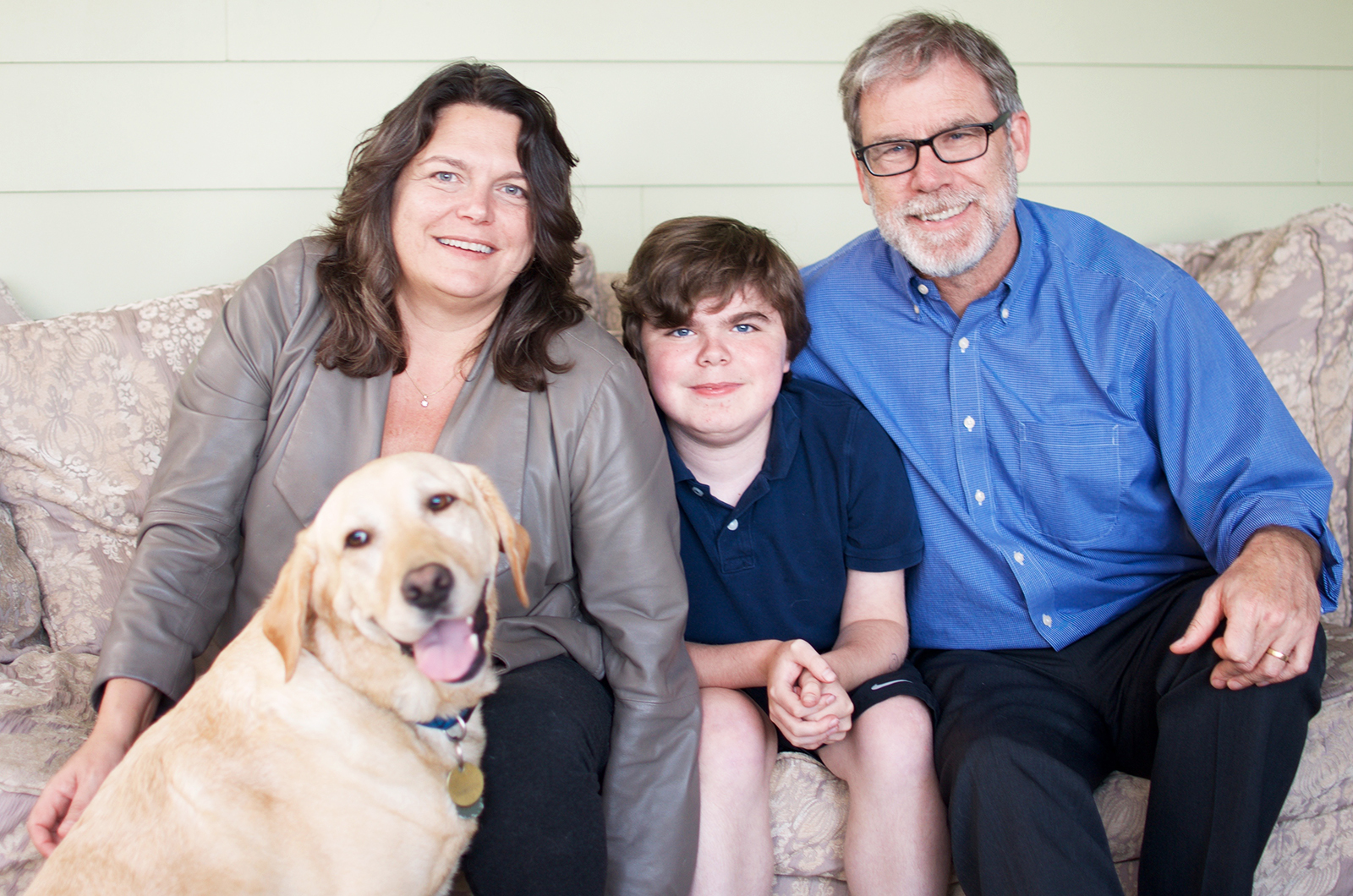 Dylan Miceli-Nelson took his final steps when he was 14 years old.

Doctors diagnosed him with Duchenne muscular dystrophy, or DMD, when he was 3 years old. Since then, Nelson’s muscles have deteriorated from the lack of dystrophin in his body, a protein essential for muscle stabilization and repair.

He lost the ability to walk in September. Preventative treatments for the disease have not yet been developed, according to the National Human Genome Research Institute.

His parents, UCLA professors Dr. Stanley Nelson and Carrie Miceli, decided to take action. As co-directors of the Center for Duchenne Muscular Dystrophy at UCLA, they launched a social media campaign called Be Reasonable on May 9.

The Be Reasonable campaign aims to persuade the U.S. Food and Drug Administration to grant accelerated approval for drugs specifically targeting the genetic mutations known to cause DMD. Miceli said she thinks the burden of proof required to authorize these drugs has been met.

“There are some new, exciting drugs developed for Duchenne that have not yet been approved,” said Nelson, a human genetics professor. “We want the FDA to use accelerated approval pathways to allow those (drugs) to be approved and make them available for children.”

Under current approval guidelines, Dylan will have to wait years before the drug for his particular mutation is approved, Miceli said.

“In that time, he’s likely to lose the ability to feed himself,” Miceli said. “So for us – for him – that’s a huge reality, to get this drug a few years faster.”

The only Duchenne treatments currently available are man-made drugs called corticosteroids, said Courtney Young, a graduate student in the UCLA Molecular Biology Interdepartmental Graduate Program and president of the student group Bruin Allies for Duchenne. Corticosteroids prolong respiratory function and muscle mass in patients, but don’t actually treat the underlying cause of disease, she added.

“My cousin is walking, but in three years he might not be,” she said. “It’s hard for patients to know there are (other treatments), but we’re not (offering) them yet.”

Miceli said she believes public support of the Be Reasonable campaign can sway the FDA’s decision on whether to grant drugs accelerated approval. Recently, patient testimonies helped solidify accelerated approval for a drug used to treat cystic fibrosis, she said.

DMD is a lethal genetic disease caused by a mutation on the X chromosome, affecting one in every 3,500 boys, according to the National Human Genome Research Institute. The life expectancy of a person with Duchenne has extended to about 30 years, according to the Muscular Dystrophy Association.

The three drugs pending accelerated approval are eteplirsen, drisapersen and ataluren. Each one targets specific mutations within the gene that causes Duchenne, said Miceli, a microbiology, immunology and molecular genetics professor. Although none of them will treat her son’s specific mutation, the technique used to develop the drugs, a genetic technology called exon skipping, can be redesigned to target other mutations.

Nelson said the FDA will hold an advisory committee in about six months at which experts and public attendees can encourage the approval of the three potential Duchenne drugs. If approval is granted, doctors can write prescriptions for the medicines right away. If not, the drugs will undergo further trials that could take an additional three years to complete, he said.

“These six months (before the advisory committee) are really crucial, so we’re trying to turn up the volume and get a larger involvement to keep the spotlight on,” Miceli said.

The conventional approval pathway requires drug manufacturers to clinically prove that their treatment is certain to produce effective results.

In 2012, Congress passed the Food and Drug Administration Safety and Innovation Act, which encouraged the FDA to use the accelerated approval pathway for drugs intended to treat life-threatening diseases.

According to a press release from October 2014, the FDA will continue to work with Sarepta Therapeutics for years to develop the drug eteplirsen. An FDA spokesperson said the FDA understands the situation’s urgency.

Nelson said the center and its community have brought Dylan a powerful sense of support.

“(Dylan is) well-aware that the disease is progressing, unfortunately,” Nelson said. “But he’s also well-aware that people are working hard and trying to come up with solutions. He finds that reassuring – that there could be meaningful treatments coming along for him.”