Former ambassador speaks at Anderson as part of lecture series 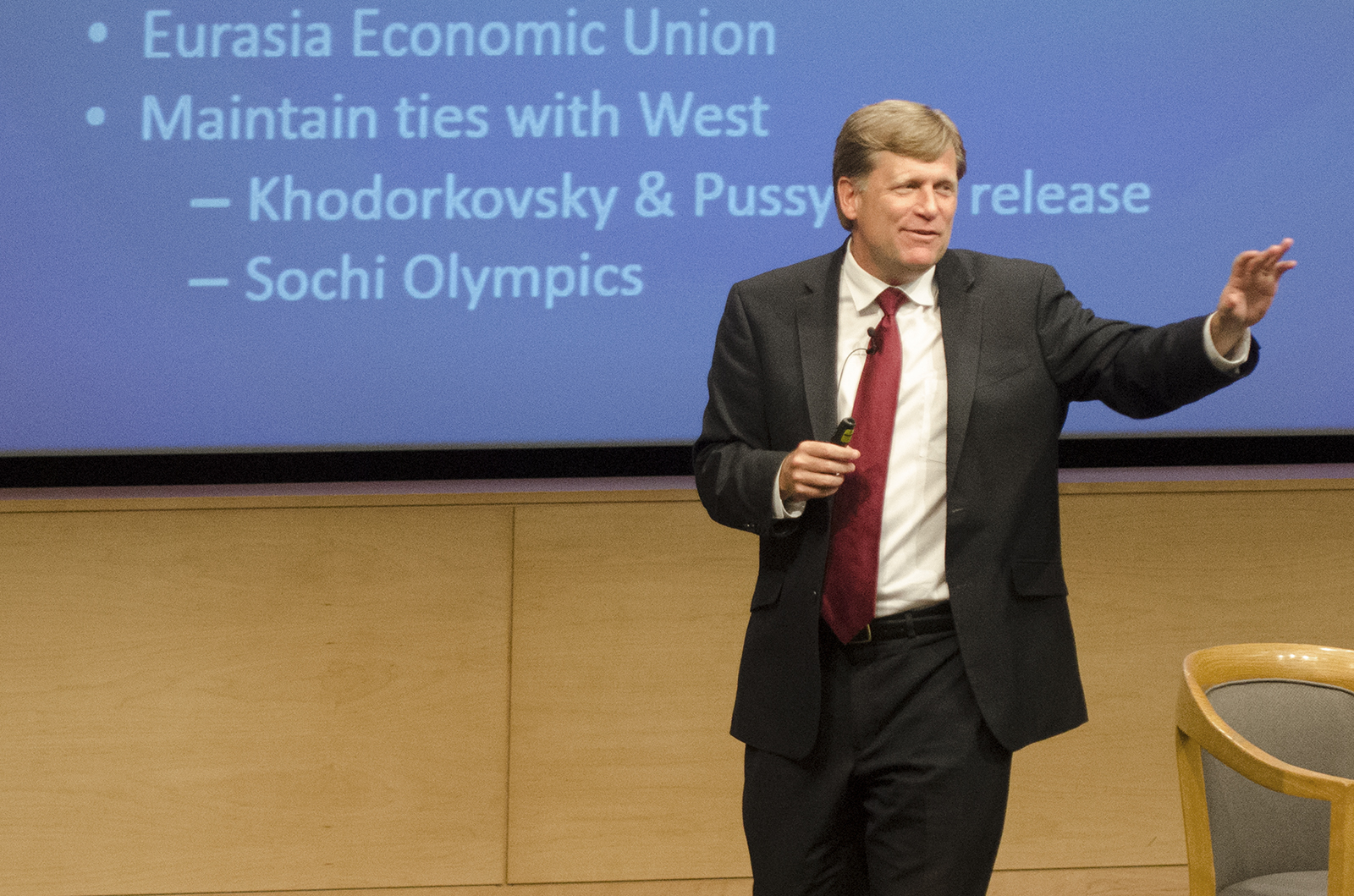 Michael McFaul served as the U.S. ambassador to the Russian Federation between 2012 and 2014. McFaul was also a special assistant to President Barack Obama and the senior director for Russian and Eurasian Affairs at the National Security Council between 2009 and 2012.

McFaul’s presentation was part of the Bernard Brodie Distinguished Lecture on the Conditions of Peace, a lecture series hosted by the Burkle Center for International Relations. The series allows scholars and dignitaries to share their views on topics such as politics and war strategy.

Alexandra Lieben, the deputy director of the Burkle Center, said the organizers decided to host the lecture because renewed aggression between Russia and the West is an important topic in global affairs.

Lieben said McFaul was invited to speak because she thinks McFaul’s experience as an ambassador can provide valuable insight into what Russian President Vladimir Putin is thinking and how Americans should interpret Russia’s actions and policies.

McFaul said he thinks U.S. policy was not the main cause of the increased tensions. He added the ability of Russia and the U.S. to cooperate during the “reset” in 2009, which was an attempt to increase cooperation between the two states, showed that it wasn’t U.S. policy that led to the change in relations.

Russian citizens protested in 2011 against the ruling party, United Russia, which Putin led at the time. McFaul said he thinks the demonstrations led Putin to take a confrontational stance toward the U.S. and claim that the opposition forces within Russia were the U.S. government’s puppets.

He added he did not think Putin’s reactions to the demonstrations were the only viable course of action because a previous president met with the opposition. He said the overthrow of then-President of Ukraine Viktor Yanukovych was the point at which Putin decided he would no longer cooperate with the U.S and the West.

Georgy Zaytsev, a first-year business economics student, said he was excited to see McFaul speak because he thinks McFaul has an interesting perspective on international and internal Russian politics.

“I remember hearing his name being brought up by my parents and family members,” Zaytsev said. “He has been prominent in Russian politics, so I think his ideas are worth listening to.”

Sandra Lopez, a third-year political science student, said she enjoyed McFaul’s lecture but did not agree with his statement that Russia was one of the biggest threats that the U.S. faces. She said she does not think Russia has the capabilities to be a serious threat to the U.S.

“I don’t think there is going to be another Cold War or anything like that between the U.S. and Russia,” Lopez said. “If anything I think China is the bigger threat.”

McFaul said Putin’s change in strategy after the protests against his government also reflects a change in ideology.

“Putin talks about this issue as a struggle between good and evil,” McFaul said. “He views the U.S. as a competitor who is willing to use covert and overt power to undermine regimes it doesn’t like.”