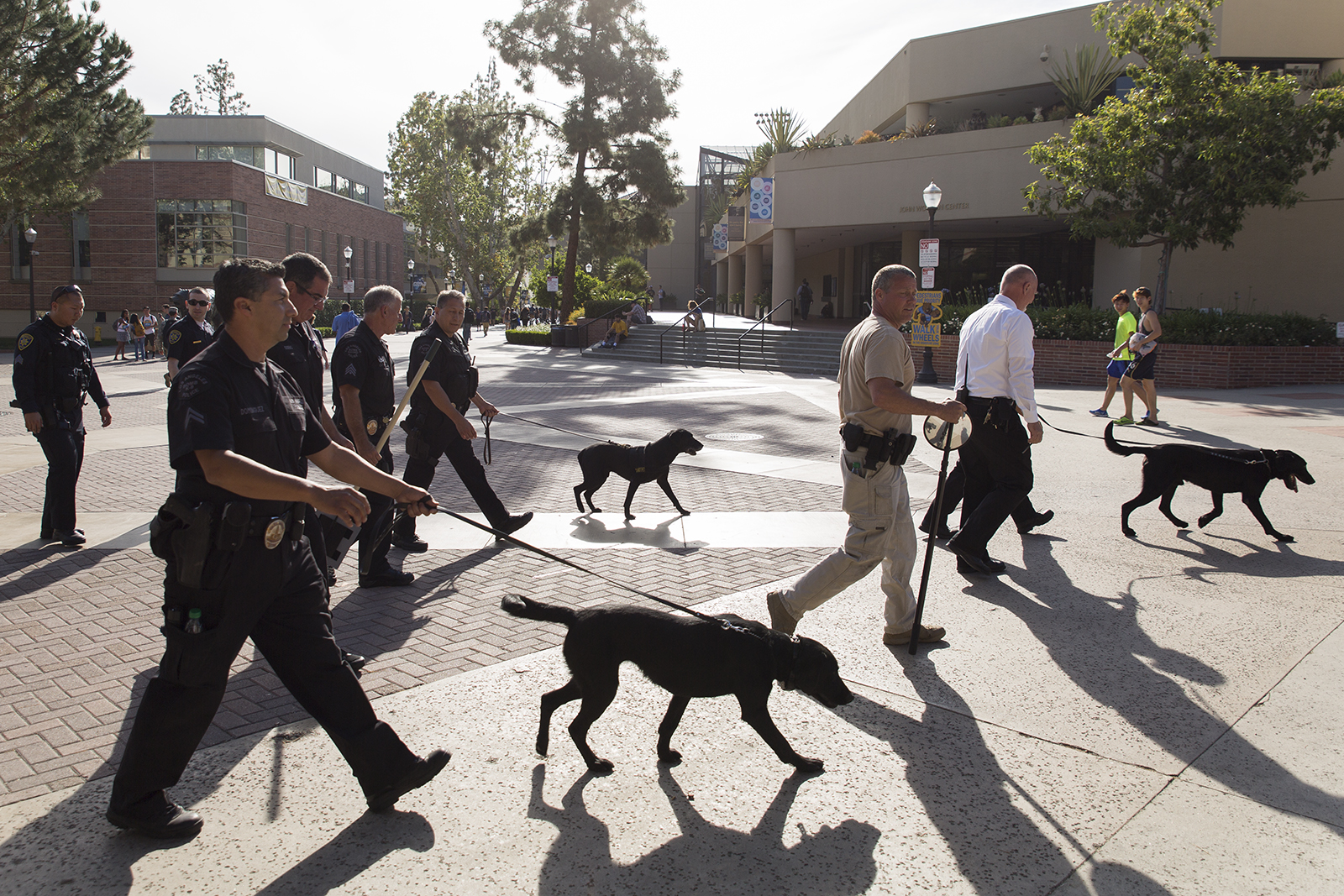 A bomb threat was found in a Student Activities Center bathroom Thursday, prompting officials to ask students to leave the building for the rest of the day.

The threat, a message written in graffiti that suggested a bomb would go off at a certain time on Thursday, was found about 2:30 p.m., said university police spokeswoman Nancy Greenstein.

Greenstein added that police saw the threat as not credible, and added that the time specified in the graffiti has passed.

The Los Angeles Police Department is going through the building with bomb-detection dogs, she added.

Police announced that the building was clear about 6:15 p.m.