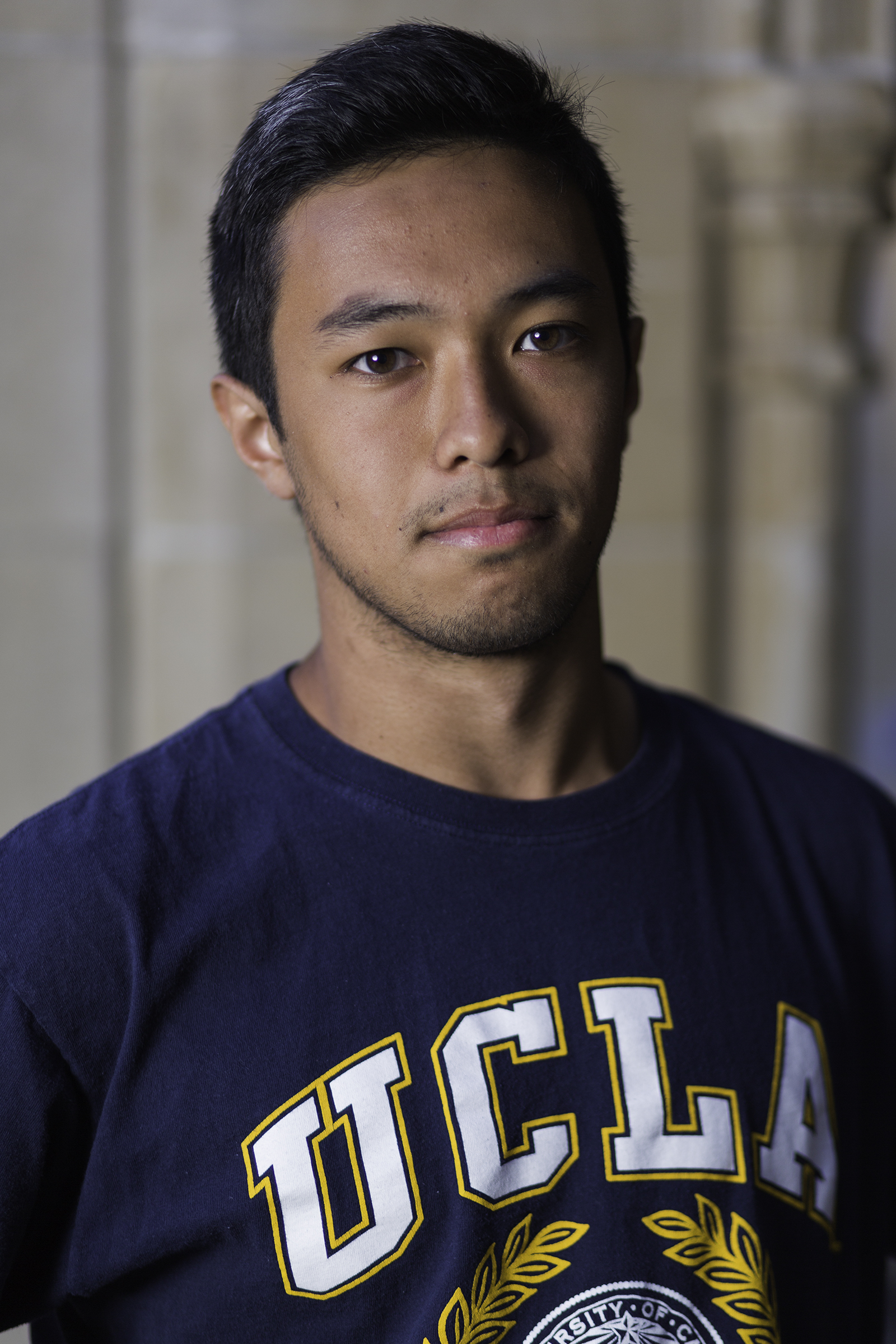 Jason Ergina, a candidate for general representative in the undergraduate student government, formed the satirical slate The After Party this year. (Austin Yu/Daily Bruin senior staff)

Jason Ergina, a candidate running for this year’s general representative office in the Undergraduate Students Association Council election, talked with John Peter Cavender, a Daily Bruin contributor, on Monday about his campaign platforms and why he decided to run for USAC. The first-year economics student and sole candidate in the new The After Party slate, has been known for his satirical remarks during campaigning.

Ergina spoke about his goals to downsize what he calls “big government” in USAC, lengthen the walk time at the De Neve crosswalk and make USAC more focused on campus issues, among other goals.

Daily Bruin: How did you get interested in USAC?

Jason Ergina: Someone said “USAC” to me probably about two days before the candidate packets were due, and I said, “What’s USAC?” and they said “student government,” and I had never heard of that. It seemed like an ivory tower to me in the beginning, and I have always wanted to live in an ivory tower, so it just seemed like a natural fit.

DB: So you came up with your campaign in two days?

JE: Probably less than that.

DB: What are some of your slate’s platforms?

JE: Well, it may have already been publicized for the debates, but “Let’s Not Act” is our platform numero uno – not affiliated with LET’S ACT! in any way. It’s all about reining in big government at this school. You know, USAC does so much for the people, they have so much power and influence in everyone’s lives, and it’s just amazing to me, so I really think we have to rein in big government, and set the students free from USAC.

DB: How would you do that?

DB: I’ve heard you want to make the De Neve crosswalk walking time longer; why is that?

JE: That is our second platform, and maybe our most feasible one. (The current walking time is) 10 seconds long. It has to be longer, like 30 seconds, because pedestrians are more important than cars on a college campus.

DB: What are some of your other platforms?

JE: My third platform is to focus on issues that are relevant to students. USAC has been going on and on and on about divestment and Palestine and Israel. Stephen Colbert once said, “If our Founding Fathers wanted us to care about the rest of the world, they wouldn’t have declared their independence from it.” I think that’s fair. I think we need to focus on issues relevant to campus instead of geopolitical issues.

DB: Can you give some examples of issues that are relevant to students?

JE: I think fighting anti-Semitism on campus, instead of getting entangled in (the Israeli-Palestinian conflict), would be a good way to do it.

DB: Can you discuss the meaning of your slogan “Let’s Not Act”?

JE: Have you ever Ubered from De Neve to Public Affairs? That’s the kind of energy I want to bring to USAC. I believe in liberating the students from this overbearing and unbelievably powerful government.

DB: How does Ubering from De Neve to Public Affairs epitomize your campaign?

JE: It’s not acting. Walking would be acting in that sense. I would like to not act.

DB: What about the significance of your slate’s name “The After Party”?

JE: It is the party to end all parties. It is the final form of UCLA politics. I don’t think there should be slates, so I created a slate to destroy every other slate.

DB: Independents running against slated candidates often have a difficult time winning in USAC elections. How do you plan to rally voter support and compete against candidates with long-standing voter bases?

JE: I think I started last night by getting everyone’s attention at the debate by saying that I would bring sex scandals to Kerckhoff. I will not be fliering, I don’t have a signboard. I raised literally zero dollars and zero cents because I don’t believe that money should influence politics. Social media is a solid way to get our campaign rolling; people can friend me on Facebook.

DB: Many people think you are running as a joke candidate to prove a point.

DB: Would you consider yourself a satirical slate?

JE: No, I don’t see myself as that, but that is up for the people to decide. I think I am a candidate running with several platforms that have valid points.

DB: If elected, would you still take the position and serve throughout the year?

DB: What would be your first action as a general representative?

JE: I would go all out on making the De Neve crosswalk longer because I think that’s important to students. Second action, I would probably take a nap, because things can be stressful.