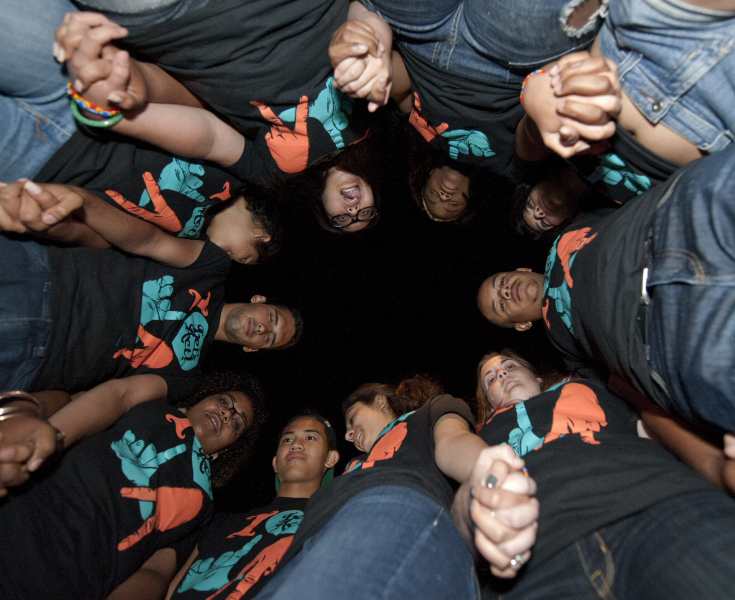 Dozens of documents leaked on Facebook Monday allege that members of the undergraduate student government LET’S ACT! slate illegally spent student fee funds on its past two campaigns, sold alcohol and marijuana to raise campaign revenue and solicited money from student groups in return for representation in the slate.

The documents, released hours after campaigning began for this year’s Undergraduate Students Association Council election, also alleged that LET’S ACT! plotted to take control over departments in the Community Programs Office, which houses some student retention and access programs.

LET’S ACT! campaign manager Kristine de los Santos denies the slate sold marijuana and alcohol and held any parties, but did not deny that some of the files originated from LET’S ACT! documents. The second-year political science student said she thinks whoever uploaded the files copied and pasted LET’S ACT! documents and then edited them.

She also denies that LET’S ACT! used student fees to fund its campaigns, claiming the anonymous user added that line. When asked for a copy of the original document, however, de los Santos said it might have been deleted.

“I feel as if (the anonymous user) is trying to divide people of solidarity on campus,” she said.

“There are a lot of documents that aren’t accurate,” Contreras said. “I’ve seen some before and they’re very much real, but it seems like there are some that are added.”

LET’S ACT! plans to release a statement in response to the documents in the next few hours, Contreras added.

The files appear to include minutes and notes from meetings about LET’S ACT! campaign plans from the past two USAC election cycles.

One document outlined what appeared to be the slate’s budget for the 2014 USAC election, which included a “Margarita Monday” fundraiser and multiple parties as revenue items. The document also included an expense item labeled “edibles” that cost $100.

Another document appeared to show slate fundraising for 2015, listing parties, TV taping, alumni and candidate contributions and “contingency” as sources. De los Santos said she had never seen this document before.

Also in the folder were two documents expressing hostile dissatisfaction with the Community Programs Office and calling for the “overthrow” of its director, Antonio Sandoval. The documents claim that appointments and elections for CPO positions are not transparent and reserved for students close to Sandoval.

Last year, students from groups affiliated with CPO created the FIRED UP! slate in what many say was a split from the LET’S ACT! slate.

The files also include what appears to be the structure of the LET’S ACT! slate that outlines 15 caucuses representing different demographics of students, including queer, transfer, international and undocumented students and students of various races. One document alleges that each caucus can submit candidates to run for LET’S ACT! in the overall USAC election.

Negeen Sadeghi-Movahed, the current USAC transfer representative who ran with LET’S ACT! in the spring 2014 election, said LET’S ACT! candidates focus on grassroots funding by using their own money and asking for donations from family, friends and past candidates.

“To be honest with you, I have never seen anything like this before,” Sadeghi-Movahed said. “It seems like publishing these documents was meant to be malicious in intent.”

Jaimeson Cortez, a current LET’S ACT! general representative candidate, said he has been involved with the slate since his first year and he thinks the allegations are baseless.

“It’s unfortunate and (the post) damages the reputation of USAC and the Election Board,” said Cortez, a third-year political science student.

The statement linked to a document containing what de los Santos and Stuart said were the slate’s actual 2015 campaign funding sources, which they said came only from candidates, friends and family members.

In a joint statement released Monday night, the leaders of Queer Alliance at UCLA, MEChA de UCLA, the Afrikan Student Union and Samahang Pilipino said they neither condone nor agree with the alleged campaign practices of LET’S ACT! leaders as stated in the leaked documents. They added that they plan to investigate the allegations.

UCLA spokesman Tod Tamberg said the university cannot comment on the documents because they have not been verified. He added he thinks the Election Board should handle this issue because it is related to the USAC election.

Election Board Chair Shagun Kabra said the board is not currently planning any sanctions against LET’S ACT! Kabra said the person who posted the documents needs to come forward to be verified before the board can launch any investigations.