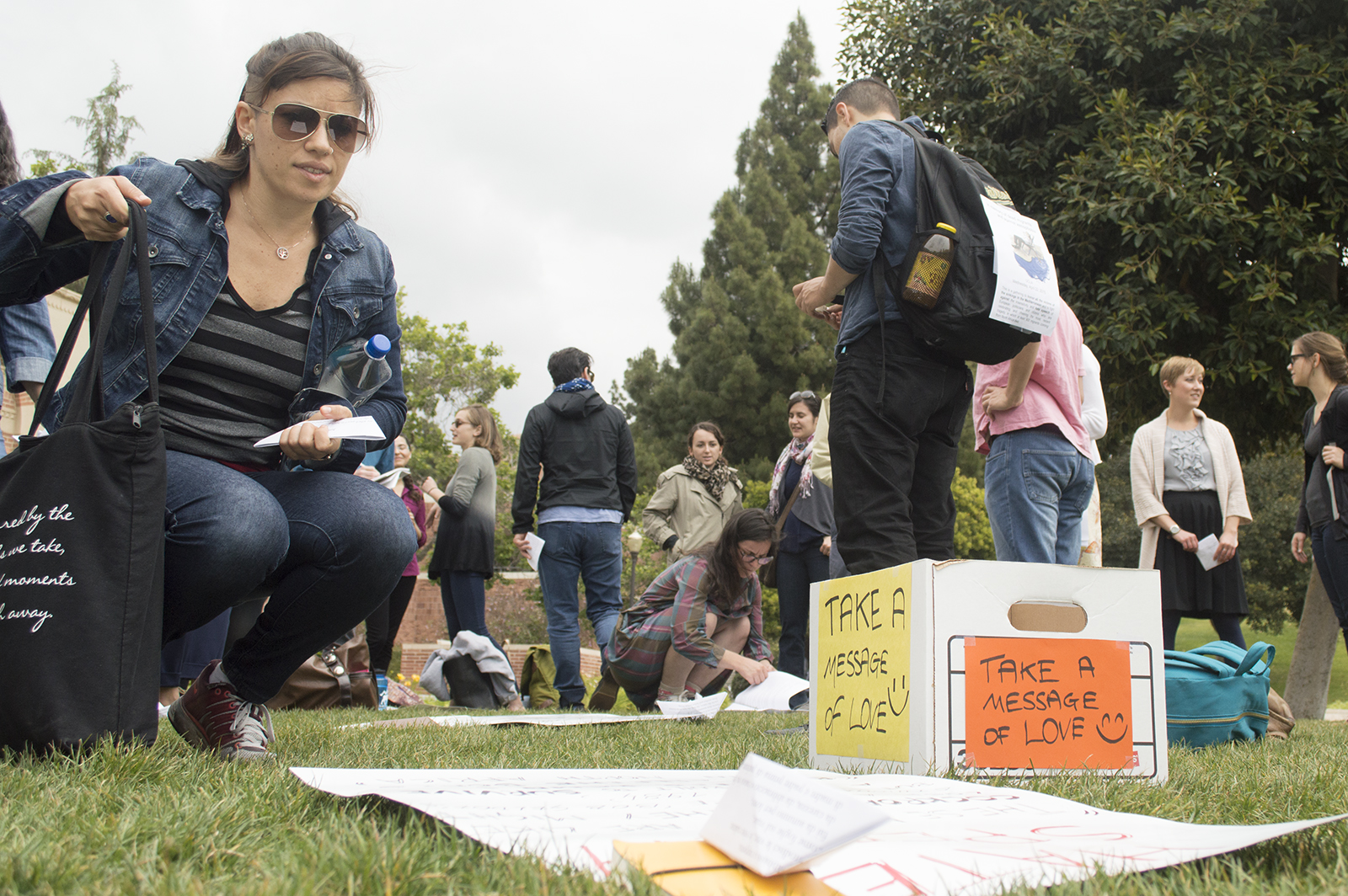 About 20 people held a rally on campus Wednesday afternoon to honor the hundreds of lives lost in last week’s boat disaster in the Mediterranean Sea.

Over the weekend, a ship carrying hundreds of African migrants to Italy capsized, and the United Nations said it believed that more than 800 people died in the incident. Italy and the European Union launched a rescue operation to carry hundreds of migrants on other boats to Italy.

“Migrants are just forgotten. They remain without a name,” said Melissa Melpignano, an organizer of the rally. “(The rally) is really acknowledging the fact that their lives are at stake.”

Melpignano, a teaching assistant in the Italian department and a graduate student in world arts and cultures/dance, said the event sought to address what she sees as growing xenophobia toward immigrants in Europe. Many people, including some European officials, made what she said were xenophobic remarks about people who died in the tragedy. The remarks included posts on social networks calling for boats carrying migrants to be shot at.

Students, faculty and outside researchers read postcards detailing the remarks and read testimonials from individuals who survived the journey during the rally.

The International Organization for Migration said last week, before the disaster, that more than 900 migrants have died while traveling on the Mediterranean Sea this year.

Some individuals who managed to survive the journey still face harsh conditions, including factors such as persecution, human trafficking and poor living conditions, Melpignano said.

She said she reached out to the Italian department to get people to participate, and that she wanted to use the rally as a starting point for further discussion on xenophobia, including xenophobia in the U.S.

“In many parts of the world, immigration politics are disjunct from human life,” Melpigano said.

Luisa Del Giudice, an independent scholar on Italian folklore and migration who taught at UCLA, said she wants Italians to think of their own history of migration when they think of current immigrants.

“We were once economic refugees,” Del Giudice said. “There has to be more compassion.”