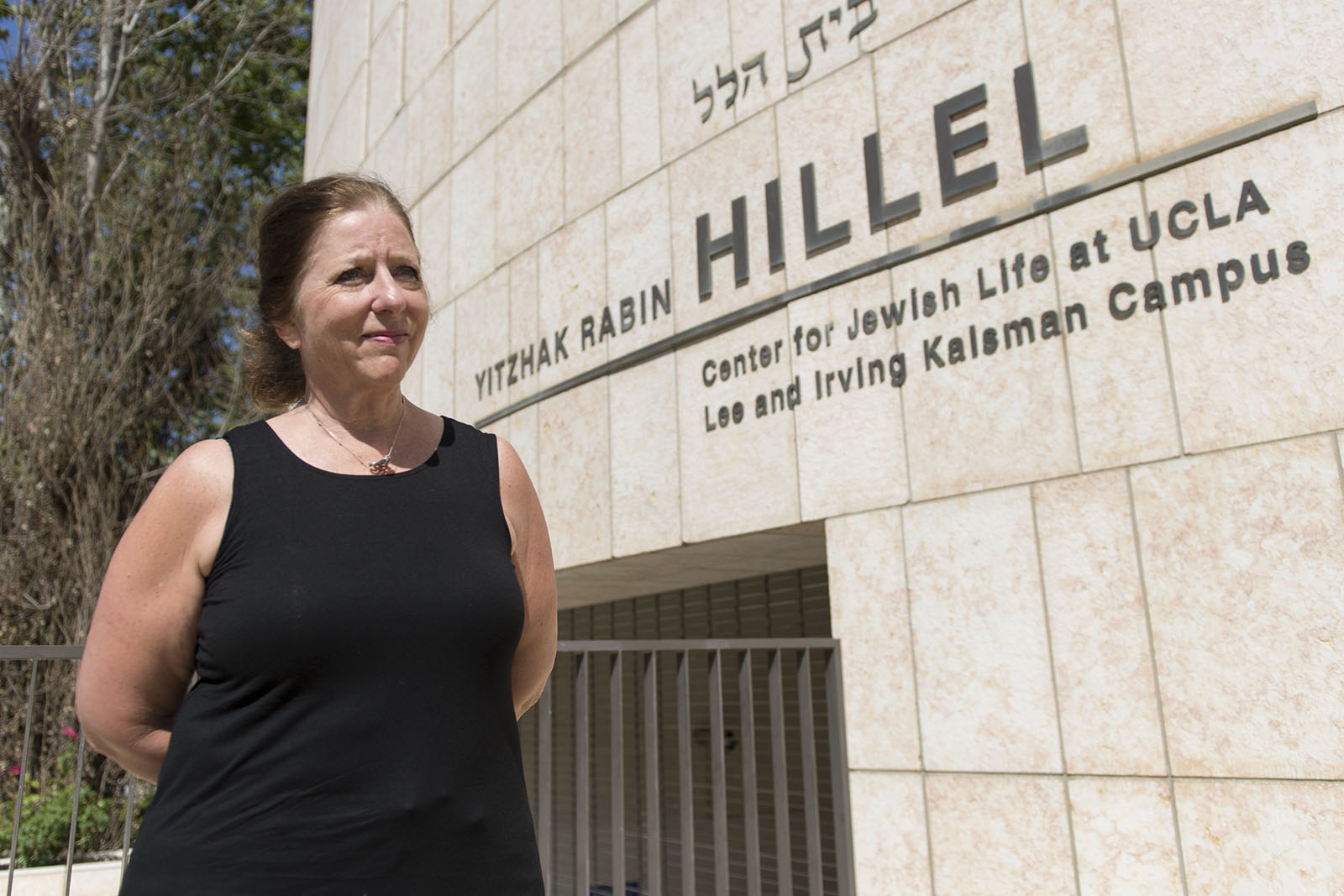 Co-founder and president of Jewish World Watch Janice Kamenir-Reznik has photographed genocide survivors during service trips in the Democratic Republic of Congo and Chad. The alumna’s photographs will be featured at Hillel’s exhibit “One Life at a Time,” which will open Wednesday.
(Max Himmelrich/Daily Bruin)

As co-founder and president of Jewish World Watch, an organization fighting against genocide, UCLA alumna Janice Kamenir-Reznik has aided and photographed survivors of mass atrocities during service trips to places, such as the Democratic Republic of Congo and Chad.

On her first visit, Kamenir-Reznik spoke with a rape survivor who was hospitalized for five years. After listening to her story, Kamenir-Reznik said she wanted others to connect with survivors’ tales regardless of distance, which her photographs strive to help accomplish.

Twenty-four photos from Kamenir-Reznik’s trips will be on display as part of Hillel at UCLA’s exhibit “One Life at a Time,” which will open Wednesday. The exhibition is both in support of the Jewish World Watch’s Walk to End Genocide on Sunday and in honor of Rabbi Harold M. Schulweis, co-founder of Jewish World Watch, who died in December 2014.

Kamenir-Reznik said she founded Jewish World Watch 10 years ago with Schulweis, after they realized neither took action during the genocide in Rwanda.

“Our inaction during Rwanda and the other genocides is the same thing as what happened to us (during the Holocaust),” Kamenir-Reznik said. “We needed to start an organization to make sure that the community wakes up and understands our responsibility to speak out.”

This year is the ninth annual Los Angeles Walk to End Genocide, a public gathering to protest genocide and voice concern to legislators, Kamenir-Reznik said. The event has grown from a couple hundred participants at the first walk to about 4,000 last year.

“They’re separated child soldiers who we helped to rescue from the clutches of a militia, who are now living in a transient house that we built,” Kamenir-Reznik said. “Or they’re former sex slaves that we’ve helped to liberate that are now learning how to be seamstresses or cooks, so they can regain their humanity, independence and will to live.”

Kamenir-Reznik said she hopes to reach the hearts and minds of people in this country by portraying humanity in a powerful and relatable way – “One Life at a Time,” as the exhibit is titled.

Wirtschafter, who will be the event’s master of ceremonies, said she believes art is a powerful tool in global justice, capturing the victims’ resilience.

“(Genocide victims are) fellow human beings and it doesn’t matter that they’re on the other side of the world,” Wirtschafter said. “When you come and you see these photographs, you connect. Those eyes from the photograph reach right out and they just touch you.”

The art opening will feature a performance from JEWkbox a cappella group, co-directed by third-year communications studies student Sophia Wilkof. She said the group will perform their arrangement of “One Day” by Matisyahu to interact with an overarching theme of peace.

“We are a people that has been persecuted and that’s why we care so deeply about other populations that have experienced similar atrocities,” Wilkof said.

Sarafian said he will talk about his community’s traumatic history and pushing for its genocide to be acknowledged because he said the Turkish government does not.

Among the stories Sarafian has heard from his family, one details how Sarafian’s great-grandfather’s mother buried her twin daughters in the Syrian desert; his great-grandfather only escaped persecution when a Turkish family came to his aid.

“Not everyone on campus knows the Armenian Genocide even happened,” Sarafian said. “I shouldn’t have to deal with people doubting a really tragic part of my history.”

Since different perspectives will be shared at this event, Sarafian said communities that have suffered from genocide in the past can appreciate each others’ narratives and see their common experiences.

Wirtschafter said she hopes when guests witness these stories, they’ll feel compelled to take further action, whether by donating or by registering for the Walk to End Genocide.