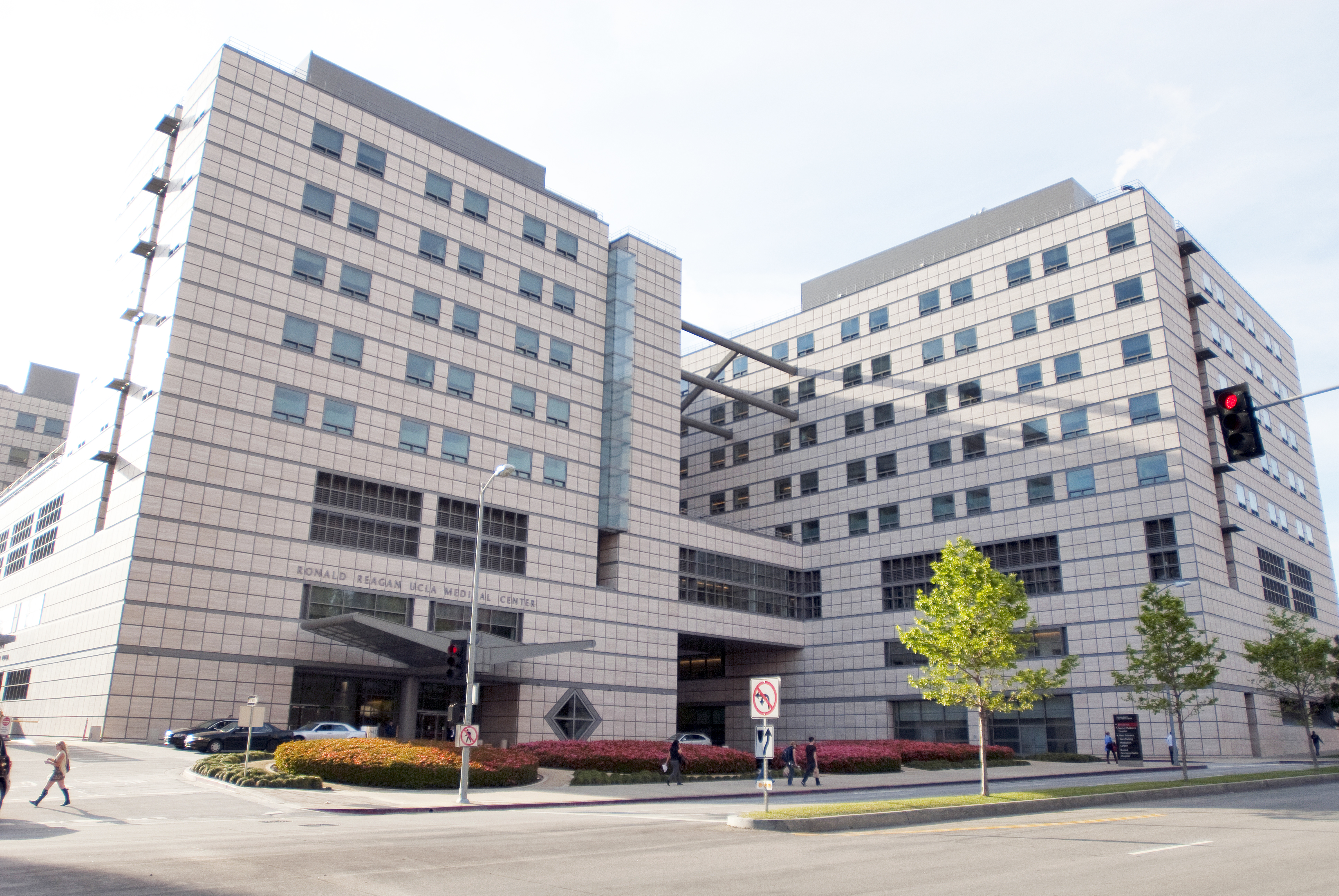 The original version of this article contained multiple errors and has been changed. There were .329, not 329, cases of objects left in patients per 1,000 people discharged at UCLA and .03, not 30, cases per 1,000 people discharged at hospitals on average. Leapfrog bases its safety scores on a voluntary hospital survey in addition to publicly available information like Medicare.

Ronald Reagan UCLA Medical Center’s patient safety scores severely lag behind those of comparable institutions, particularly because of preventable incidents such as post-surgery infections and dangerous objects left in patients, according to a hospital safety group.

In 2012, The Leapfrog Group gave the center an F rating in patient safety, which came in stark contrast to the institution’s prestige in Southern California. UCLA has generally been rated highly in overall hospital rankings, such as the health rankings in U.S. News and World Report.

Leapfrog is a nonprofit group started in 2000 for employers to take hospital safety scores into consideration when determining health benefits for their employees. The organization has collected hospital data twice a year since 2012, said Erica Mobley, a spokewoman for Leapfrog.

The UCLA Medical Center has since improved to a C score in 2014, but continues to struggle in several areas.

A high number of foreign objects left in patients after surgery, such as towels or surgical sponges, dragged down UCLA’s score. The objects often lead to second surgeries to remove them or health risks down the line.

At the UCLA Medical Center, there were more than 10 times more of these cases than at the average hospital, according to Leapfrog’s 2014 report, which analyzed data between 2010 and 2013. At the highest-rated hospital in the 2014 survey, no objects were left after surgery, and on average, hospitals had about 0.03 such occurrences.

Leapfrog sends out a hospital safety survey to which hospitals can respond voluntarily. If they do not respond, the group pulls from publicly available information, primarily from Medicare, to which hospitals have to report to get reimbursed, Mobley said.

The California Department of Public Health issued administrative penalties against the UCLA Medical Center in both 2013 and 2014 for two separate instances of sponges left in patients post-surgery, requiring UCLA to pay a total of $125,000 to the state.

The department’s investigation found that the facility’s mistakes caused or were likely to cause serious injury or death to the patient, violated the state’s Health and Safety Code and placed the patient at risk for additional complications.

“One area where they really seem to have struggled are with hospital-acquired conditions,” Mobley said. “These are often called ‘never’ events. … The most frightening of those is foreign objects retained after surgery. … (The UCLA Medical Center has) consistently performed really poorly, one of the lowest out of 2,500 hospitals (nationwide).”

The center’s patient safety scores are the lowest among the University of California medical centers surveyed. The UC Irvine Medical Center and the UC Davis Medical Center, as well as UCLA’s Santa Monica and Olive View facilities, all received A scores.

Mobley said she would not consider the Ronald Reagan UCLA Medical Center, as of now, to be a high-performing hospital, based on the Leapfrog data.

“I think if we really get distracted by publicly reported ranking systems, we would take away our energies from safety and quality,” Cherry said. “We are looking forward to the journey, and we’re certainly going to see our scores go up.”

Mobley said the hospital has improved in its administrative and communicative processes, but still struggles with actual outcomes.

Cherry said the hospital is focusing on new programs to improve outcomes under a new system that deals with mortality, outcomes, value, experience, readmissions and safety, known as MOVERS.

The MOVERS system, implemented throughout the past year, includes specific goals of pain management, increased nurse communication, transitioning care through home health and improvements in the Code Blue and rapid response teams, among other points across the system, according to a UCLA report presented at a 2014 conference.

Officials see the new system as key to UCLA Health’s goals in getting a reputation for reliability and positive outcomes, he added.

Dr. Bruce Fagel, a medical malpractice attorney based in Beverly Hills, said he has represented clients who suffered from the areas in which the UCLA Medical Center scored low, such as one woman at a different hospital who had a towel left inside her body after surgery. She had to undergo a second surgery and continuing health issues because of the error, he said.

“The issue of foreign objects is something where almost no one can dispute that that represents negligent behavior,” Fagel said. “There are a handful of things that can just never be accepted.”

For patients who sue for cases such as a leftover sponge, the fine against the hospital in question is often more than what the patient may actually receive, Fagel said. In California, there is a $250,000 cap to the amount of non-economic damages that a plaintiff can receive, but patients often end up spending more than $100,000 to take their cases to trial, leaving them with little compensation in the end, he said. Therefore, many patients choose not to open a case.

Fagel is currently litigating a catastrophic injury case against UCLA in which a child died on the way to UCLA’s main facility because the procedure was conducted in a separate medical plaza, he said.

Cherry said he could not comment on any active cases.

Fagel compared hospital scores to health scores given to restaurants. But unlike restaurants, where consumers can choose where they want to eat, patients usually have to go to certain hospitals depending on their insurance, he said. The scores are more important for the hospital’s administration to change so the institution doesn’t look bad, he said.

“Grades that are listed for hospitals are an attempt to give the public some information reflective of quality of care being given,” he said. “But trying to take a complicated situation and narrow it down to something so easily understandable is hard. … People don’t choose to go into hospitals.”

Michele Monserratt-Ramos, an advocate with Californians for Patient Rights, said she thinks the scores are important in allowing patients to understand how a hospital such as the UCLA Medical Center performs in areas like preventable medical accidents, such as post-surgery infections.

Monserratt-Ramos said she lost her fiance, a UCLA alumnus, to a case of medical negligence at a different hospital and has since focused her efforts on making individual doctor and hospital information public for consumers.

“UCLA’s scores surprised me,” she said. “I looked at the scores and was comparing them to the hospitals I use, and there were significant differences. … I was very discouraged.”

Cherry said it may be harder to compare the UCLA Medical Center – a large teaching hospital – to different-sized hospitals.

“It may not be fair to compare (UCLA) to an inner-city community hospital, for example,” he said.

After the Department of Public Health issued penalties against the Ronald Reagan UCLA Medical Center, the administration was required to provide a plan of correction to prevent future adverse events, said department spokeswoman Corey Egel in an email statement.

Usually, nurses count sponges before and after a surgery to make sure none are left in the patient’s body, but this practice leaves room for error and is outdated compared to other hospitals, several sources said.

UCLA officials’ response to their 2013 penalty primarily consisted of the SurgiCount Safety-Sponge System, a bar-coding system using radio-frequency identification technology to help with the typical sponge count practice, according to Department of Public Health documents.

UCLA officials cited the same SurgiCount initiative in their formal response to the 2014 penalty.

Cherry said employees now undergo additional measures – including SurgiCount – such as X-raying a patient before he or she leaves an operating room to make sure no object has been left inside the body.

He added that the hospital is making changes in other areas where the UCLA Medical Center scored low, such as allowing nurses, with approval from medical staff, to remove catheters to avoid infections.

The Daily Bruin is waiting to receive requested records of formal patient complaints against the UCLA Medical Center.