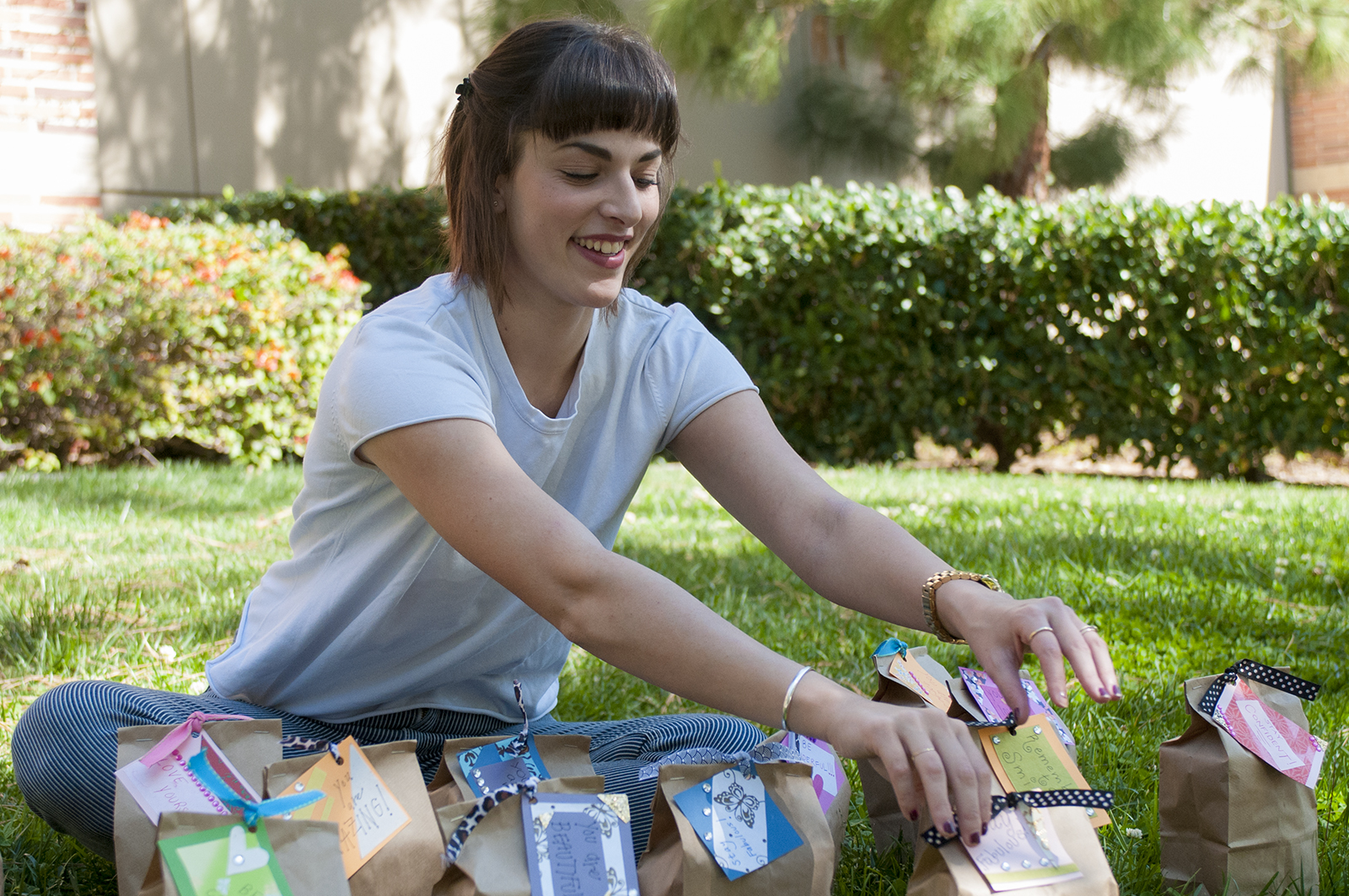 The fourth-year theater student distributed her first batch of pads, one box for each of the 14 women in need, to the Good Shepherd Shelter on Wednesday. The shelter is the oldest domestic violence shelter in Los Angeles.

After a personal experience with chronic medical problems, Cohen said she decided to start We Care.

She added that her own experience with puberty was fraught with embarrassment and discomfort, so she wanted to make other girls’ transitions easier.

“Getting your first period is so embarrassing,” she said. “How are (the girls) supposed to ask their moms for pads when their moms don’t have anything to give them?”

We Care has a partnership with three shelters: Downtown Women’s Center, Good Shepherd Shelter and People Assisting The Homeless, or PATH. Its short-term goal is to donate a six-month supply of pads for the 420 women in the shelters. Cohen is raising funds through We Care’s GoFundMe page.

Cohen said she started volunteering at homeless shelters at an early age in elementary school, when she would hand out Girl Scout Cookies to homeless people on the street. In middle school, she volunteered with her best friend at a battered women’s shelter.

“It always made me feel like I was doing what I was supposed to be doing,” Cohen said.

She said seeing kids her age who lived at the shelter made her realize the struggles that homeless people face.

Marfisee said because of the lack of feminine hygiene resources, many women reuse pads or use towels or clothes when they’re menstruating, which can lead to irritation and urinary tract infections.

During the clinics, which run three times per week, Marfisee and the other volunteers typically see around 15 homeless women, and she said several women will ask for pads. However, Marfisee said she noticed a stigma attached to women’s health problems.

“I always sense that there’s some embarrassment for asking (for feminine hygiene products),” Marfisee said.

Marfisee said many of the women she sees suffer from low self-esteem because homeless people frequently feel hopeless and embarrassed by their situations.

Because of confidentiality concerns, women in the shelters were unable to comment for this story.

Cohen said her goal is to empower women and increase their self-esteem through her donations. In addition to the box of pads or tampons, each woman will receive a handwritten note from Cohen. She said she hopes to expand We Care to a larger charity involving other students, both male and female.

Moen said she thinks the ongoing drive will help uplift women and increase connections between people in the community.

“It’s great to know that there are others who are thinking of them,” Moen said. “It can be very isolating to be homeless. … Finding ways to make connections and see that we’re all part of a larger community is really helpful.”

Cohen said she’s excited that the women in the shelters will have consistent access to feminine hygiene products through this program.

“It makes me happy that it’s one less thing they have to worry about,” Cohen said. “It’s just one less thing on their plate, and they can get their lives on track without having to be debilitated by their periods.”

Cohen said she hopes to expand We Care to other cities and contact corporations such as Target and Walgreens to donate pads and tampons.

People who want to participate can donate new boxes of pads or tampons or sponsor a woman for $2.50 a month on the drive’s fundraising site.