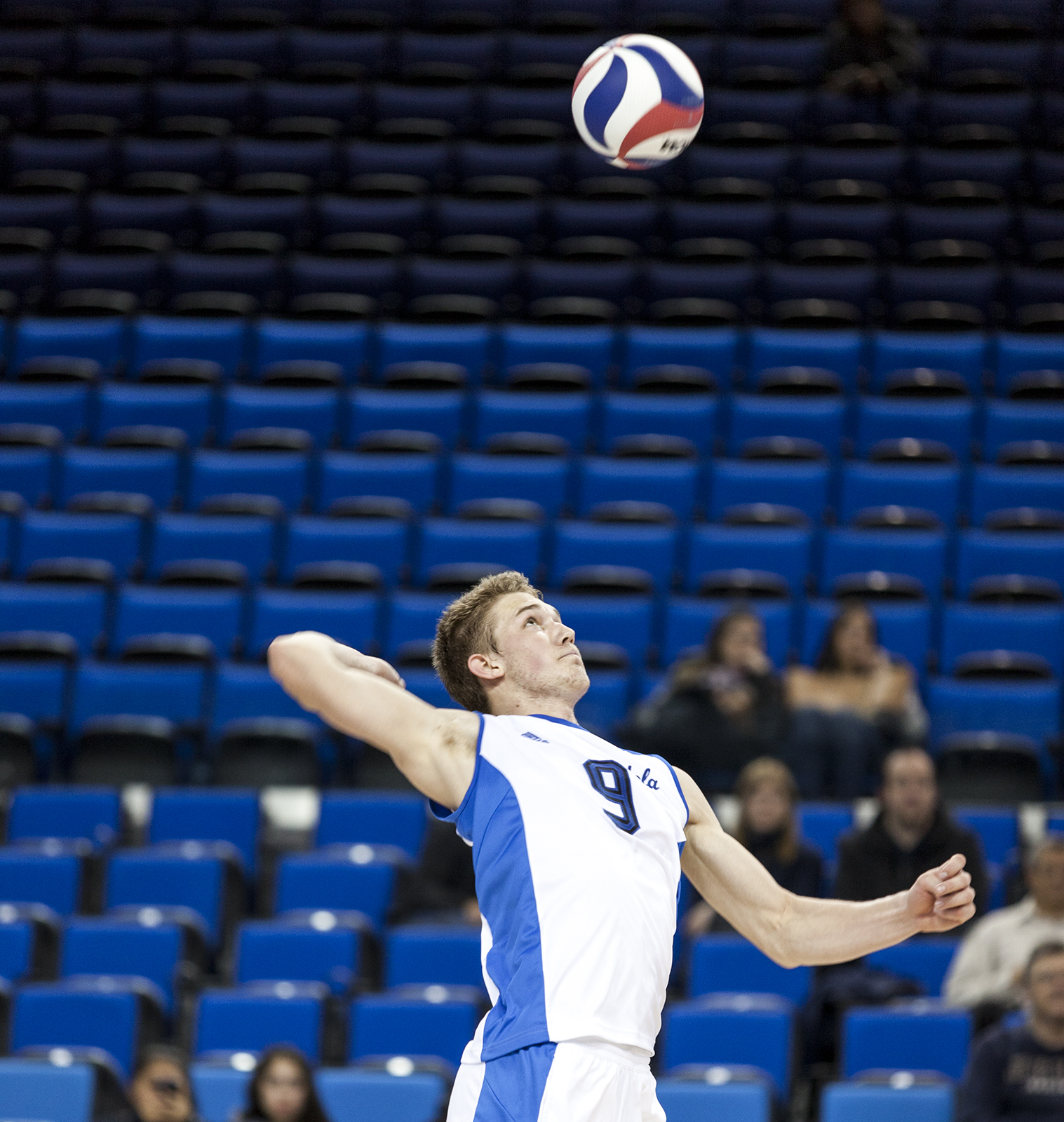 It wasn’t a showing of great dominance, consistency or finesse for UCLA men’s volleyball Tuesday night, but the team was able to leave Pauley Pavilion with a four-set victory over Cal State Northridge and another important conference win.

Key to the UCLA comeback was freshman J.T. Hatch. After starting at libero – a defensive specialist position – for the first set, Hatch moved to outside hitter. His presence was immediately felt, contributing a season-high 17 kills overall and six in the second set alone.

“For the first little bit of the season I had been training as an outside, so it wasn’t too drastic of a change,” Hatch said. “I hadn’t been there for a week or so, but once we got going it was pretty easy (to transition).”

In addition to Hatch’s position change, coach John Speraw completely switched the lineup in the second set. Four starters found themselves standing at the end of the bench, while only Hatch, sophomore middle blocker Mitch Stahl, and sophomore setter Hagen Smith remained in the game.

The blocking, while slow to develop with a single kill through two sets, eventually showed up for the Bruins.

Redshirt freshman middle blocker Eric Sprague, one of the substitutions after the first set, contributed a season-high 11 kills and four blocks in the final three sets.

“Coming off the bench, you’re always excited and ready to give 100 percent,” Sprague said. “I feel like we definitely picked it up in the second set and for the rest of the match.”

The Bruins found their rhythm, eventually putting the Matadors away and handing them their sixth-straight loss. UCLA now continues its short two-match homestand Friday night against No. 10 Long Beach State.