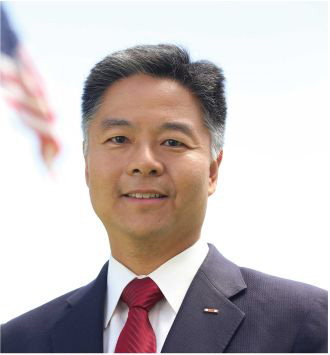 Rep. Ted Lieu (D-Torrance) represents the district that includes UCLA and Westwood in the U.S. House of Representatives. (Courtesy of Ted Lieu)

In a letter to members of the House Committee on Oversight and Government Reform, Lieu, who represents the congressional district that includes Westwood and UCLA, said he thinks a full committee hearing would be a first step in addressing sterilization failures that result in the spread of the antibiotic-resistant bacteria CRE, or carbapenem-resistant Enterobacteriaceae.

Last week, the Los Angeles Times reported that more than 170 patients may have been exposed to CRE at the UCLA medical center if they underwent endoscopic procedures involving duodenoscopes. At least seven patients were infected and two of the infected patients died because of the bacteria, UCLA Health officials said.

A day after the Los Angeles Times reported the outbreak, the U.S. Food and Drug Administration issued a warning about the duodenoscopes, saying the design of the scopes may make them difficult or impossible to effectively sterilize in some areas, meaning they could carry bacteria from one patient to another. From January 2013 to December 2014, the FDA said it received 75 medical device reports involving about 135 U.S. patients related to possible microbial transmission by the duodenoscopes. In fall 2013, the Centers for Disease Control and Prevention notified the FDA that the duodenoscopes were possibly linked to antibiotic-resistant bacteria, said Dr. William Maisel, deputy center director for science at the FDA Center for Devices and Radiological Health, in a statement Monday.

Despite last week’s warning, however, the FDA did not say the scopes should be recalled and instead listed several best practices to follow when cleaning and processing them. The medical scopes are widely used because they offer the least invasive way of draining pancreatic and biliary duct fluids, according to the statement.

Maisel said in the statement that the FDA has been working to investigate these problems by collecting and reviewing medical device information from manufacturers and from hospitals where problems occurred.

In Lieu’s letter to the committee, he said superbug outbreaks pose threats to patient safety and national security. He also referred to President Barack Obama’s executive order in September 2014 calling for federal agencies to implement measures to fight the spread or emergence of superbugs.

“While federal agencies such as the CDC are combating superbugs, the current recommended sterilization procedures would continue to result in superbug outbreaks and deaths,” Lieu said in the letter.

Lieu said in the letter that he thinks an investigation would be in line with the committee’s responsibility to oversee the FDA and ensure it balances patient safety with the availability of the beneficial medical devices.