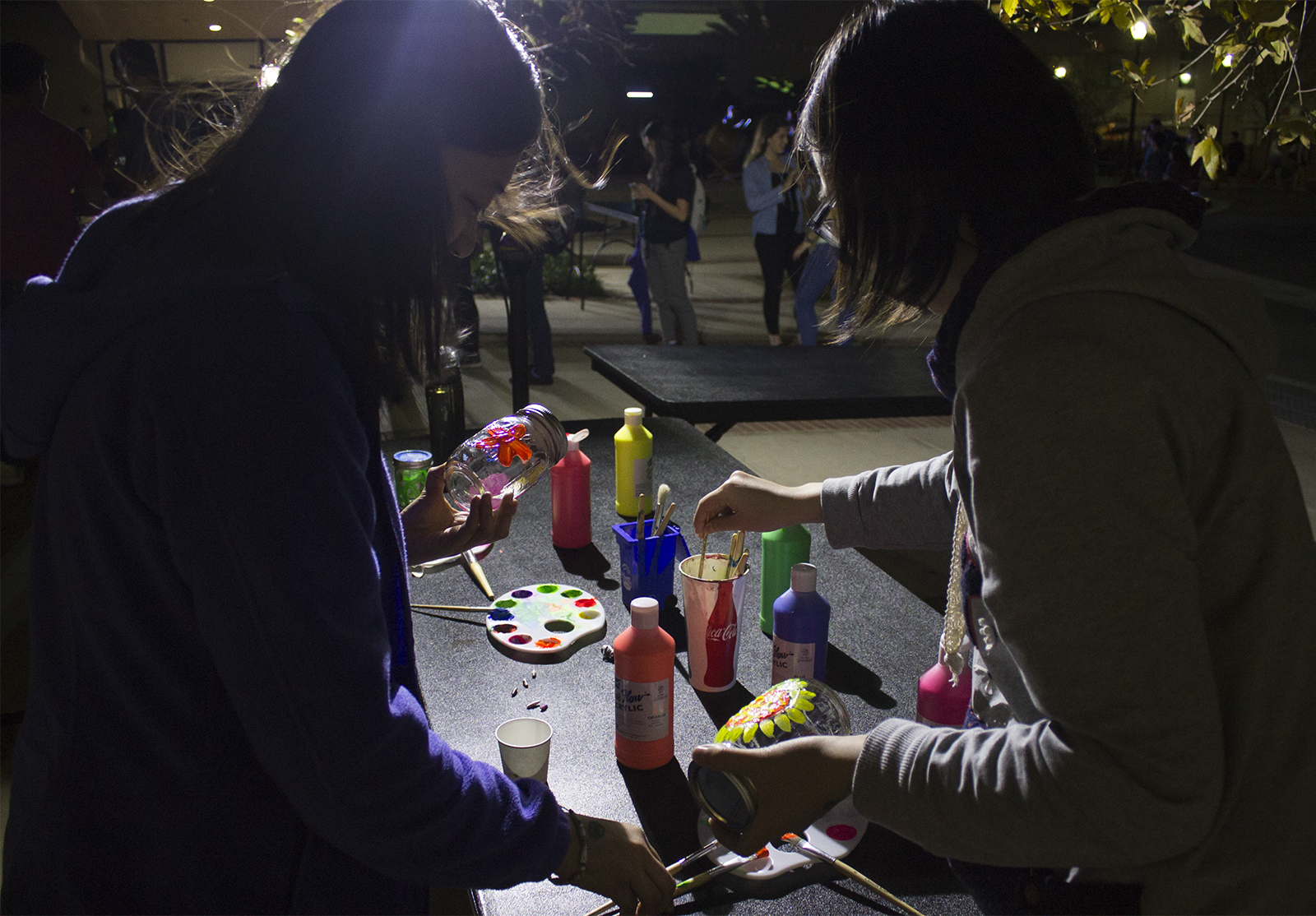 UCLA’s Do It in the Dark energy-saving competition recently launched with an event on the Hill. (Kailey Rishovd/Daily Bruin)

UCLA will compete for the next three weeks with over 175 college and university campuses, both American and Canadian, to save the most energy and water in its residence halls.

All University of California undergraduate campuses are participating for the first time in the Campus Conservation Nationals competition, which started Monday and runs until March 8.

In 2014, 109 schools saved about 2.2 million kilowatt-hours of electricity and 476,000 gallons of water during the competition, according to Campus Conservation Nationals’ website. During the competition in parts of February and March of 2014, schools reduced their energy use by an average of 4.5 percent compared to their average use in January 2014.

The campus that shows the largest percentage drop in energy use will win a customized building dashboard that tracks real-time and historic whole-building electricity use of two campus buildings.

Another dashboard that tracks water use of two campus buildings will be given to one of 10 campuses that show the largest percentage decline in water use.

The university is also trying to reduce its energy use through its building energy audit program and by promoting energy-efficient projects, according to the UC’s 2014 sustainability report released in January.

So far, about 11 percent of students living in the dorms have made the pledge. The Do It in the Dark competition will end March 8 as well.