Benjamin Genta: Student representation on Board of Regents should be increased 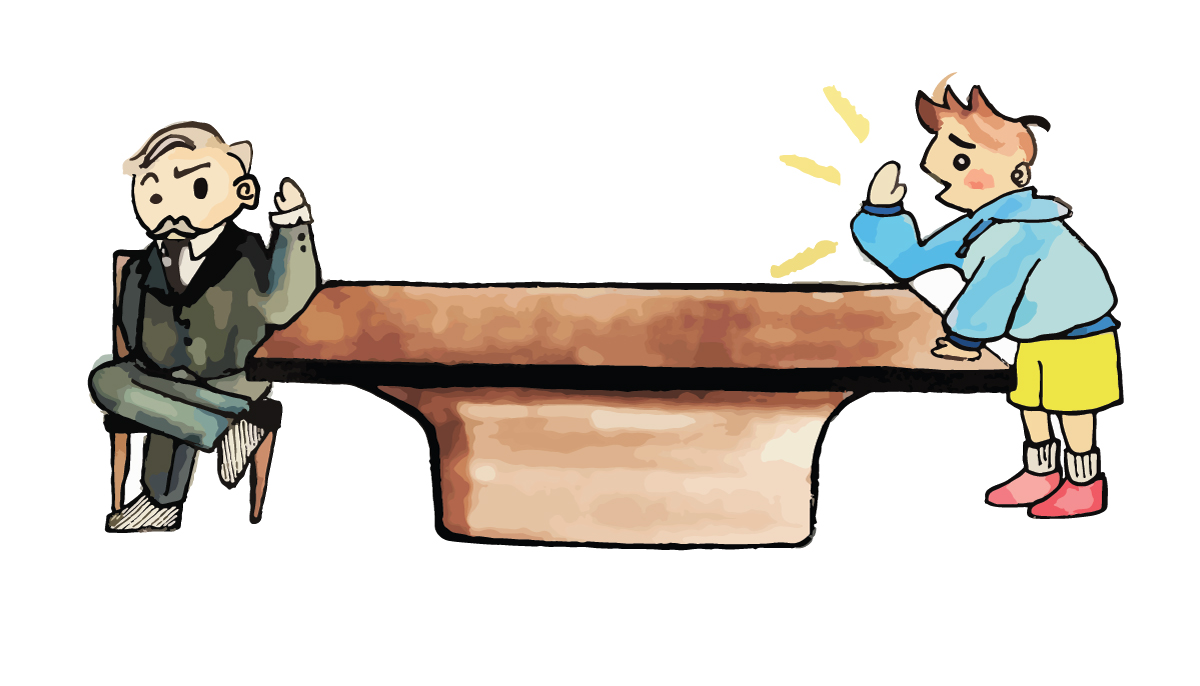 The UC Board of Regents is an exclusive club, and students have only minimal membership.

Recent protests over the regents’ newly approved tuition hike plan show the lack of student voice at the legislative level with the Board of Regents.

Despite numerous protests, both on campuses and at board meetings, the Board of Regents approved a five-year tuition increase plan, which may raise fees by up to 5 percent each year. The tuition increase came after the board increased some chancellors’ pay by 20 percent late last year. Currently, there are 26 regents, including one voting student-regent approved by the board each year. Eighteen of these are directly appointed by the governor.

Having only one student on a board of 26 regents raises concerns about student representation on the board. The current student regent and UC Berkeley undergraduate, Sadia Saifuddin, and the student regent-designate, Avi Oved, should take it upon themselves to advocate for the addition of at least one more student regent, and to have the newly appointed regents approved by students to better represent the student population.

Having one student regent is not sufficient for providing a student’s view to the board. Adding one or more student regents would close the distant gap between the regents and the students and ensure that students are getting real, tangible representation on the governing board of the University.

Saifuddin and Oved are working on potentially adding another student regent to the board, but are currently emphasizing increasing the number of student observers. An observer can attend meetings and give his or her own point of view, but he or she cannot vote. Instead of focusing their efforts on adding more non-voting student participants, the student regent and regent-designate should turn their energy toward adding a member that will have real power and sway when the board votes on important issues such as chancellor pay and tuition levels.

Student observers, unfortunately, have very little real power. In total, three students from various UC campuses are observers. Although their position is important, they can only offer advice, and adding more to this number seems pointless. Observation and participation of this type has ultimately been rather useless – despite vocal student protest, chancellor pay has increased, tuition has gone up and the regents have continued to make unpopular decisions. What students need is the kind of participation that the regents can’t ignore: a vote.

To be sure, adding a new student regent is no easy task. It would require an amendment to the Constitution of California, which is a very long and arduous process. Changing the constitution would definitely not happen within Saifuddin or Oved’s terms. But if the student regents don’t advocate for measures that increase student representation in a real, tangible way, what are they going to advocate for?

If both Oved and Saifuddin advocate for this measure to be passed, it would lay the groundwork for future student regents to continue the advocacy and eventually get additional student regents on the board. This would change voting dynamics and give students more direct power.

Granted, student regents themselves are not perfect. Some think that the position is symbolic and criticize the lack of a mechanism that requires the regents to actually listen to students and take their opinions into account once they are appointed. However, positive relationships between the student and the regents can form.

Saifuddin told the Bruin that some regents will call her to ask what her approach on an issue is. Although this might not be much, the fact that they consult her shows that the student’s input is at least considered. Saifuddin’s experiences working with the regents show the value of student input, and exemplify how students can serve as a powerful force on the board in truly representing students.

The fact that adding a regent would require a constitutional change should not prevent students from pushing this measure forward. If anything, Saifuddin proves how valuable the student regent is, and the influence he or she can have on the regents.

Student representation on the Board of Regents is lacking and the student regents have the power to change that in various ways.

Correction: The regents did not implement tuition hikes. They implemented a tuition hike plan that may raise tuition in the future.