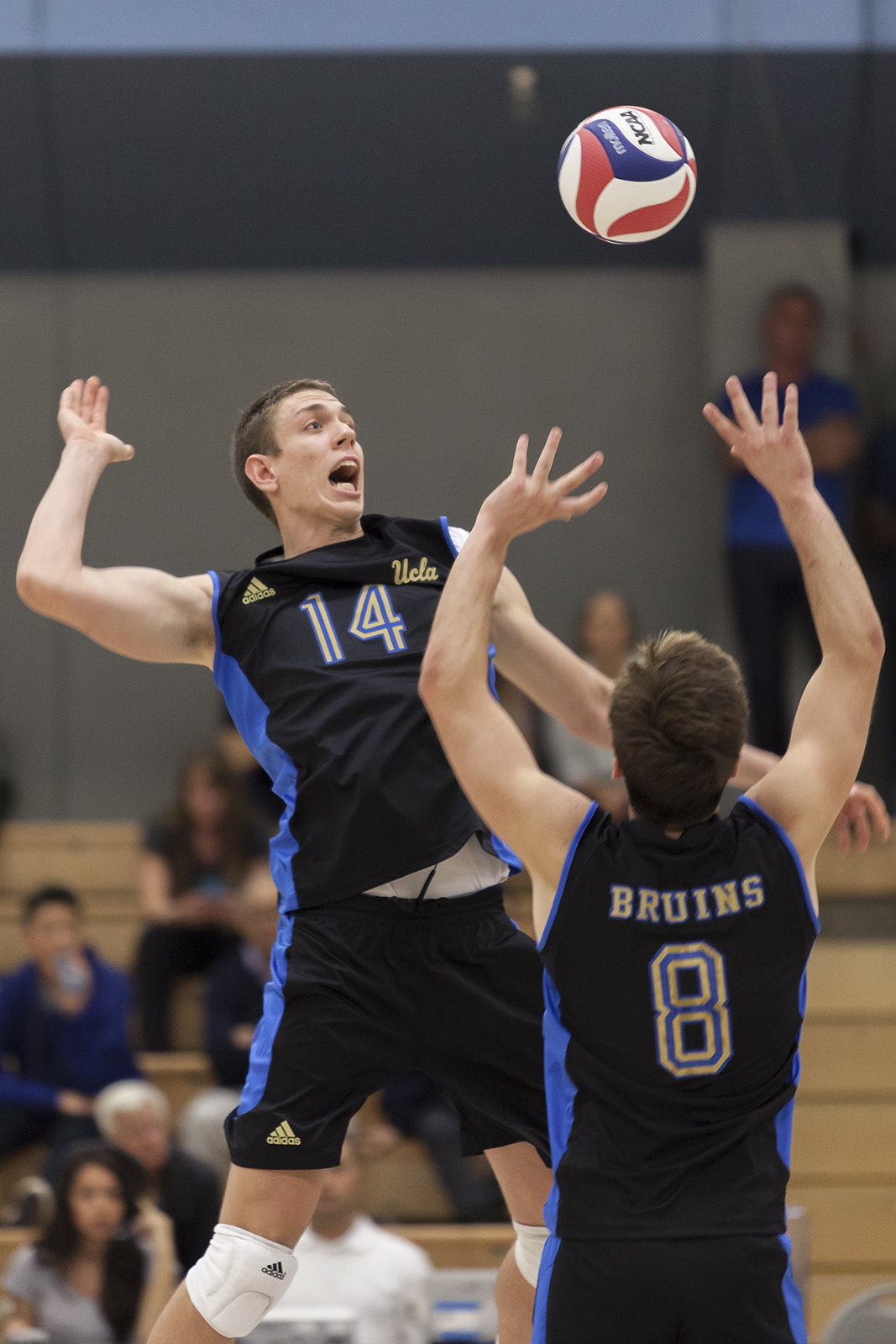 There was an intensity present in John Wooden Center that propelled UCLA men’s volleyball to a sweep over the visiting Stanford Cardinal on Thursday night.

“We came out and played like we did in Pepperdine, but we brought it all together and played better volleyball in general,” said freshman outside hitter Jake Arnitz. “We passed and served a lot better, for sure. Our passing was a lot better today so we were able to incorporate the middles and execute where we wanted to set.”

Arnitz added 11 kills to his team-leading 55 kills this year and also had a strong defensive night, receiving 23 serves without an error.

Defensively, UCLA got progressively better as the night went on. After only three digs in the first set, the team ended the night with 28, adding 16 in the second set alone. With 16 total team blocks, redshirt junior middle blocker Trent Kersten had four blocks to pace the Bruins at the net.

“When it gets close you have to be careful not to press too hard,” Kersten said. “Otherwise your movements get stiff, they get jarry, you don’t have as good touches. Part of the things we do in training is try and replicate that as much as possible.”

The Bruins held their focus amidst a loud crowd of UCLA fans dressed as lumberjacks and three close sets.

“I think we played pretty poised at times when they made some plays when we were down or it got tight,” said coach John Speraw. “A lot of these matches there’s just so much going on that we can learn from. I really felt in some facets of the Pepperdine match they were more physical than us at times, this one that wasn’t the case. It was about our execution and what we could do.”

With the win, UCLA ends its three-game homestand with a 2-1 record, only losing to No. 5 Pepperdine. They continue conference play with away matches against Long Beach State and Cal State Northridge next week.