Alexandra Tashman: Supporting UCLAyak, even passively, is immoral and illegal 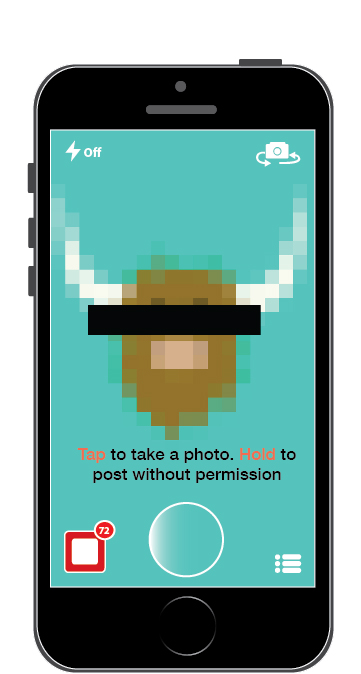 Filming someone during sex without their explicit permission and then distributing the video is a crime. There are no ifs, ands, or buts about it.

And yet, some students are not only illegally filming their classmates, but they’re spreading the videos around for other students to watch.

UCLAyak is a Snapchat account that has recently gained notoriety among the student body for reposting picture and video submissions that are meant to encapsulate student life. Some of the pictures submitted to the account depict average facets of campus culture, like classes or athletic games. But a large majority of these pictures and videos are either sexually explicit or show people posing with or consuming illegal substances.

By supporting this account, whether through submitting their own legal posts or watching those of others, students are complicit in the propagation and spread of these illegal activities as well. Even watching harmless videos is endorsing and allowing the illegal ones.

Students have an obligation to be more than just bystanders. By actively choosing to forego watching this content, students can take a stand against criminal activity.

Unfortunately, however, the account has amassed thousands of followers and submissions over the last several weeks.

To be sure, there’s nothing inherently wrong with sharing a naked photo. If students want to share their breasts with the world, that’s their business.

The problem with UCLAyak is the frequent appearance of videos on the account that feature people engaged in sexual activities who are being filmed from behind, and likely have no idea that video of them is being taken.

That kind of invasion of privacy is illegal, immoral and frankly disgusting.

No one wants to find out they were filmed in an intimate moment without their consent. And if we want to consider ourselves members of a progressive and equitable student body, we must make a concerted effort to reject any and all means of encouraging such activity.

Not to mention, the vast majority of these videos show heterosexual intercourse, where the man is the one doing the secret filming. Generally speaking, women are the targets of these type of gender-based crimes, and many have had their lives and careers ruined by nude photo leaks. As both students and conscientious human beings, we have an obligation to stop and protest these types of gendered crimes on our campus.

So while it is not criminal to take and share such a video as long as all parties are consenting adults who are also aware that the video is being taken and shared, anything less is a direct violation of California Penal Code Section 647.

The section specifies that it is criminal for anyone to use a “camera of any type, to secretly videotape, film, photograph or record by electronic means, another, identifiable person who may be in a state of full or partial undress … without the consent or knowledge of that other person,” which makes the hundreds of people watching these videos complicit in a terrible crime.

It’s comparable to “The Fappening,” the mass release of hundreds of private celebrity nude photos hacked off their phones back in August of 2014. The resulting internet storm led to a great deal of public discourse about naked pictures, some slut shaming, and ultimately, a criminal investigation. The hackers may wind up charged for transporting stolen property and for violating the Computer Fraud and Abuse Act, which could land them with upwards of 10 years in jail.

And while these celebrity photos are still out on the internet and available, that doesn’t mean it’s right to look at them. There are millions and millions of files of pornography made by consenting, paid adults, available across the internet. There’s no shortage of available X-rated imagery, and so there’s no need to look for nude imagery that’s been stolen – it’s propagating and furthering a crime.

So although the situation is different, many of the same complaints can be made about UCLAyak. Just because these videos are available, doesn’t mean UCLA students should watch them if they were taken without consent.

In fact, the fact that students aren’t speaking out against this behavior is concerning all by itself. People should be outraged that their classmates are being violated. Students know these videos are wrong, and yet the number of overall submissions to the account continues to grow.

Watching these videos isn’t just criminal, it’s morally repugnant. And if students believe, as they should, that taking these videos is wrong, then we have an obligation to not watch them or even to add the account in the first place.

It isn’t about stopping fun, it’s about doing what’s right.