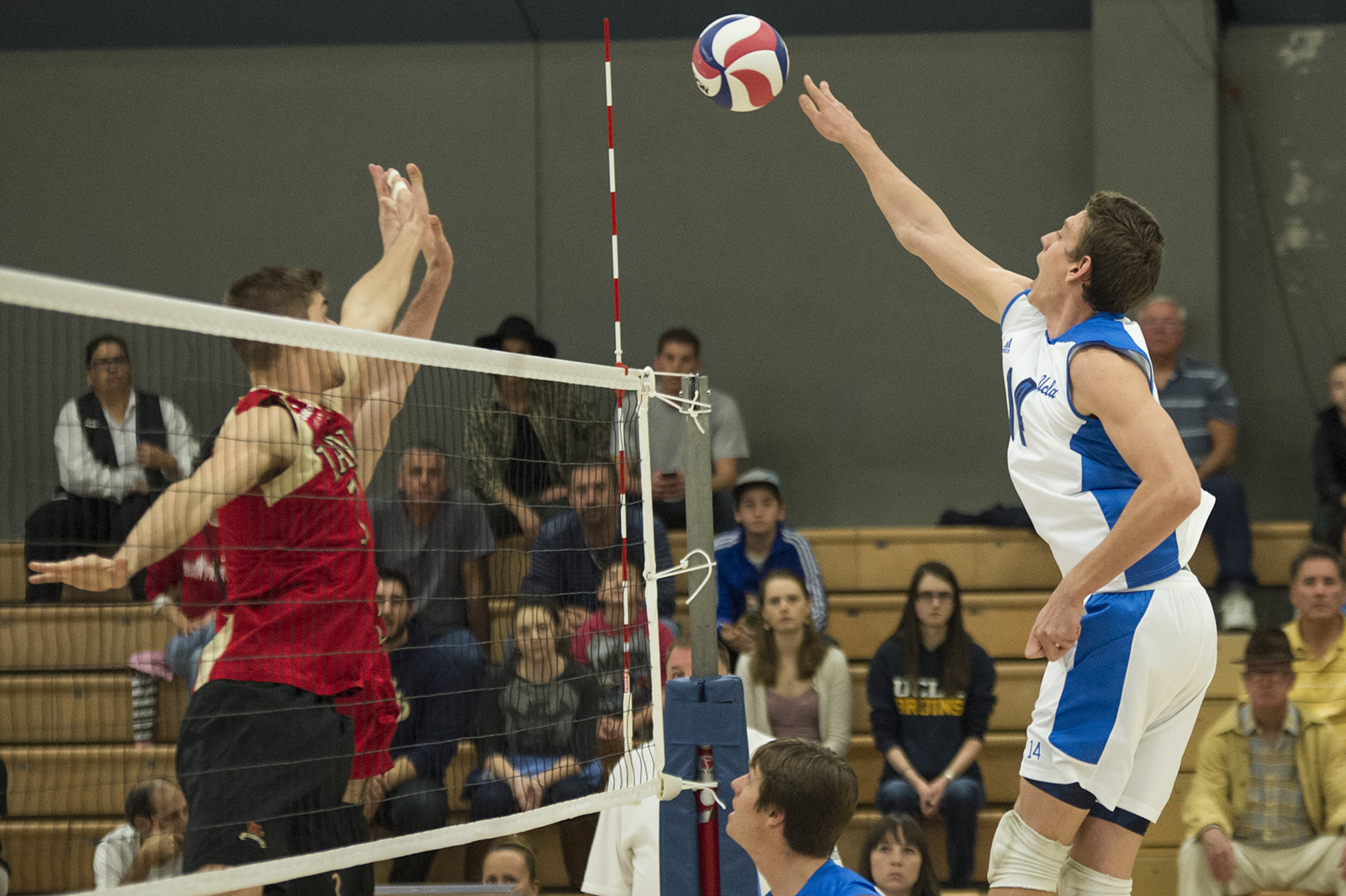 Ever since the days of Al Scates, the winningest coach in NCAA volleyball history, UCLA men’s volleyball consistently attracts the nation’s top recruits.

“UCLA has always been a deep program; it’s always an attractive place for recruits to come, and historically there’s been a lot of players in the program – it’s usually the largest program in the country,” said coach John Speraw.

This season, the Bruins stand at 16 deep – the smallest program Speraw said he has presided over. While his quantity of recruits is lower, his quality is high.

Freshman opposite Christian Hessenauer joined Arnitz on Volleyball Magazine’s list of top-25 players to watch, and freshman setter Eric Matheis won a silver medal in the 2012 Junior National Championships, where in 2014 freshman outside hitter J. T. Hatch won gold and was named MVP.

“(Playing at UCLA) is a lot different than high school. Everything is just bigger; it becomes a lot more important to take care of your body,” Hatch said. “I’ve been working on … improving court presence, talking, building the relationship with new teammates.”

Depth was lacking for UCLA last season, when an injury-laden Bruin squad struggled to make the Mountain Pacific Sports Federation postseason tournament and were then forced into an early exit by UC Santa Barbara. UCLA was in such need of more options that they pulled the redshirt status of then-freshman outside hitter Jake Reeves, who then became a contributing member of the Bruin lineup.

“What this season feels like to me is a kind of a fresh start,” Speraw said. “We graduated a number of players, and I think we have primarily a young group of people with some really great guys that are veterans that are getting maybe more playing time than they have in the past, so I feel like maybe it’s a fresh start for everybody.”

What the Bruins gained in depth, they lost in experience. With only three upperclassmen on the team, UCLA will look to return to the NCAA title match for the first time since 2006 without a large veteran component. However, the value of a solid recruiting class lies in its ability to adjust to the college game more quickly, which Hatch feels he already has done.

“There’s a lot of new guys and people are gonna label us as a young team, but these guys don’t train or act like freshmen,” said redshirt junior middle blocker Trent Kersten. “They’re mature beyond their years, and they’re gonna be really good – they’re gonna be able to come onto the court and play significant minutes, every single one of them.”