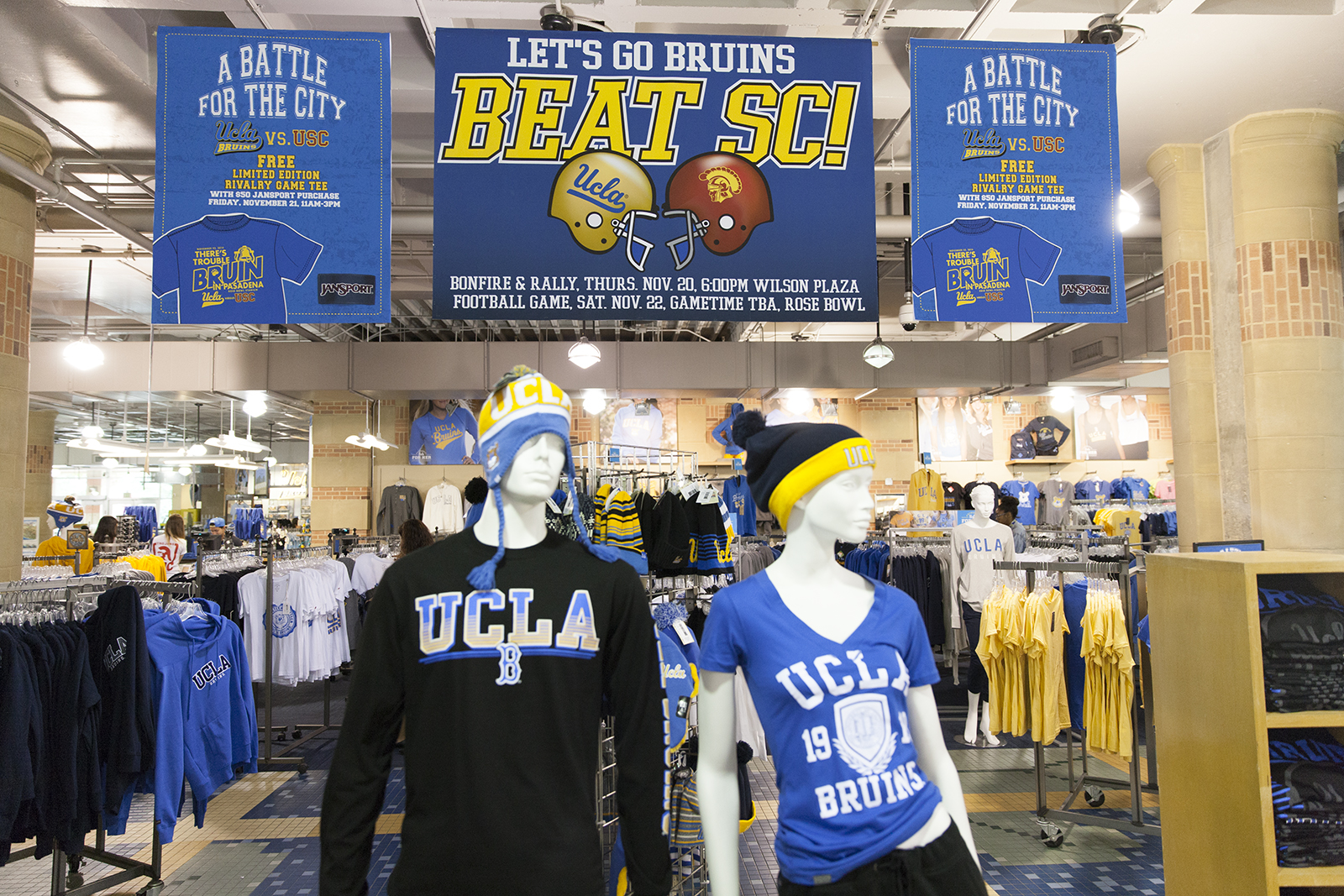 The UCLA Store had a stake in this year’s rivalry football game against USC: The win brought in more profit.

Prior to the rivalry game, special victory merchandise was designed for production in the event of a UCLA win. After this year’s win, Associated Students UCLA ordered 1,200 victory T-shirts.

Patrick Healey, ASUCLA director of apparel and accessories, said the special victory products usually include T-shirts, sweatshirts, mugs and drinking glasses. He added that the game’s score, date and some catchphrases, as well as UCLA logos, are printed on the merchandise.

This decrease in sales is likely because the 2012 win was the first UCLA experienced after a streak of five losses to USC in the annual rivalry games. ASUCLA ordered less victory merchandise after the 2013 game in anticipation of lower sales, Healey said.

The sales of all BearWear merchandise in the student store went up after both wins as well, though sales in 2012 were greater than in 2013, Healey said.

After a UCLA win, production of the special merchandise goes into effect the following day, with merchandise on sale in the student store on Monday, Healey said.

Twelve percent of the profits made from the sale of victory merchandise goes to the UCLA athletic department, he added.

Rich Delia, ASUCLA’s chief financial officer, said he thinks the higher sales on the day of the 2012 game were a result of the game being held at the Rose Bowl, where a merchandise tent is set up.

Five touchdowns were also made at this year’s game, meaning that the discount went into effect on Monday. The discount is only applicable if the football game takes place at the Rose Bowl, and the 2013 game took place at the Los Angeles Memorial Coliseum.

The USC student store also produces victory merchandise when there is a USC win. Renee Malabanan, assistant manager of the USC bookstore’s gift department, said that USC usually sells a promotional T-shirt after a win against UCLA.

Similar to UCLA, production of the T-shirts goes into effect after the game. The 2011 T-shirt had the game score, 50-0 in favor of USC, but did not include UCLA’s name on it. Malabanan said the records of victory merchandise sales were not available because the last USC wins were too far in the past.

The USC student store also sees an increase in all merchandise sales after a win, Malabanan said.

Any time that any UCLA sport is in a potential national championship match, manufacturers make art concept designs for victory merchandise, Healey said. If UCLA wins, then that merchandise gets produced and sold in the student store as well, he added.

Victory T-shirts are available now in the student store, and victory mugs and glassware will be available next week. The shirts say “Bruin Revolution” and “And then there was three,” and include the scores of the past three games on them.