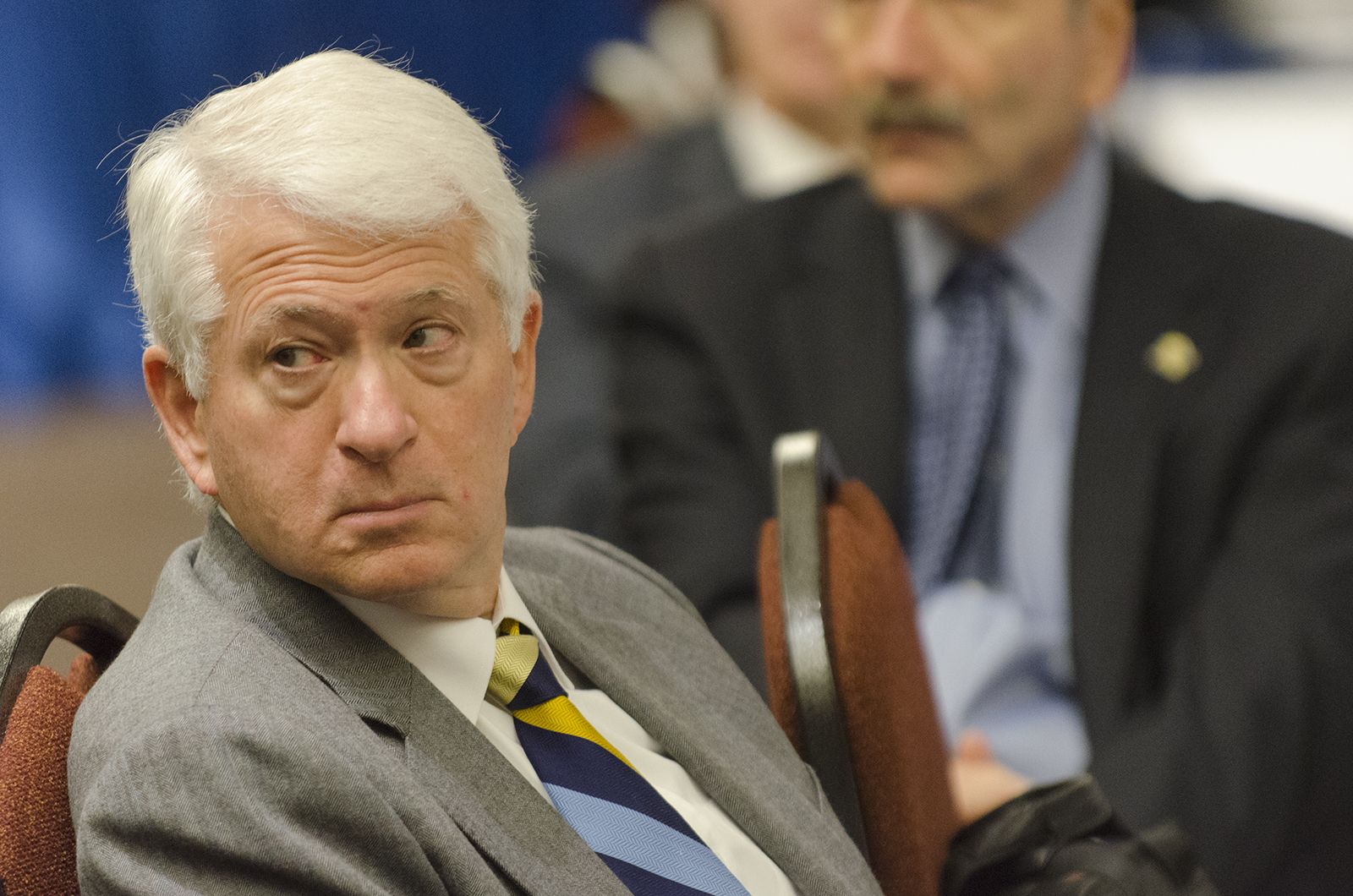 The original version of the headline accompanying this article contained an error and has been changed. See the bottom of the article for more information.

The University of California Board of Regents voted 14-7 to approve a tuition hike plan at its meeting Thursday after 10 minutes of discussion.

Public comment at the meeting was dominated by students and employees protesting the plan, which could raise tuition by up to 5 percent annually over the next five years depending on state funding.

“Seeing you all come in laughing and smiling and talking about stuff made me sick to my stomach,” said UC Davis student Amelia Itnyre to the regents during public comment. “Look into your souls if you have them. You should be crying, you should be praying, you should be figuring out what you are going to do to fix this.”

Regents who voted to approve the plan argued that state funding levels have dropped significantly since 2007-2008 and that tuition hikes would be necessary to maintain the quality of the University’s education if the state does not increase funding for the UC. The University has said the tuition plan will allow for higher enrollment of California students and the hiring of more faculty, among other things.

As the regents voted, students tried to drown them out with chants and shouts such as “The fight is not over.” Board of Regents Chair Bruce Varner threatened to call police unless students quieted down.

Most of the regents who voted against the plan were state officials: Gov. Jerry Brown, who on Wednesday called for the UC to find ways to reduce costs, Lt. Gov. Gavin Newsom, Assembly Speaker Toni Atkins, Assembly Speaker Emeritus John Perez and State Supt. of Public Instruction Tom Torlakson. The tuition plan challenges Brown’s state funding plan for the UC, which includes 4 percent funding increases annually over the next two years contingent on a tuition freeze.

Student frustration was not only limited to the regents, but also directed at Brown and the rest of the state leadership.

“Jerry Brown can say he’s against the fee increases approved by the regents, but how many of them has he appointed?” said Clinton Clad-Johnson, a fourth-year history and political science student at UCLA.

The approval of the tuition hike plan now brings into question whether the 4 percent increases promised by Brown will still occur.

UC spokeswoman Brooke Converse said she doesn’t think the University has discussed many backup plans yet.

“What happened today is an approval of a plan, it doesn’t mean we’re going to raise tuition tomorrow. It means we’re going into a process of negotiation with the state,” she said.

But Newson, the state’s second-in-command, said he doesn’t believe the governor will retract the funding increases.

“I don’t think (Brown) will support punitive actions against the University,” Newsom said. “He has demonstrated commitment unlike any previous governor in decades by showing up to these (regents) meetings and getting into the weeds.”

Student Regent-Designate Avi Oved said in an online statement that he and Saifuddin are working on planning actions to negate the tuition increases.

“As a public institution, the burden of investment cannot continue to fall on the shoulders of students,” he said.

The board’s vote comes after the regents committee on long-range planning approved the proposal Wednesday with a 7-2 vote. On Wednesday, students tried to block regents from entering the meeting, and a UC Berkeley student was arrested after the conference center’s glass door was shattered in a struggle between police and protesters.