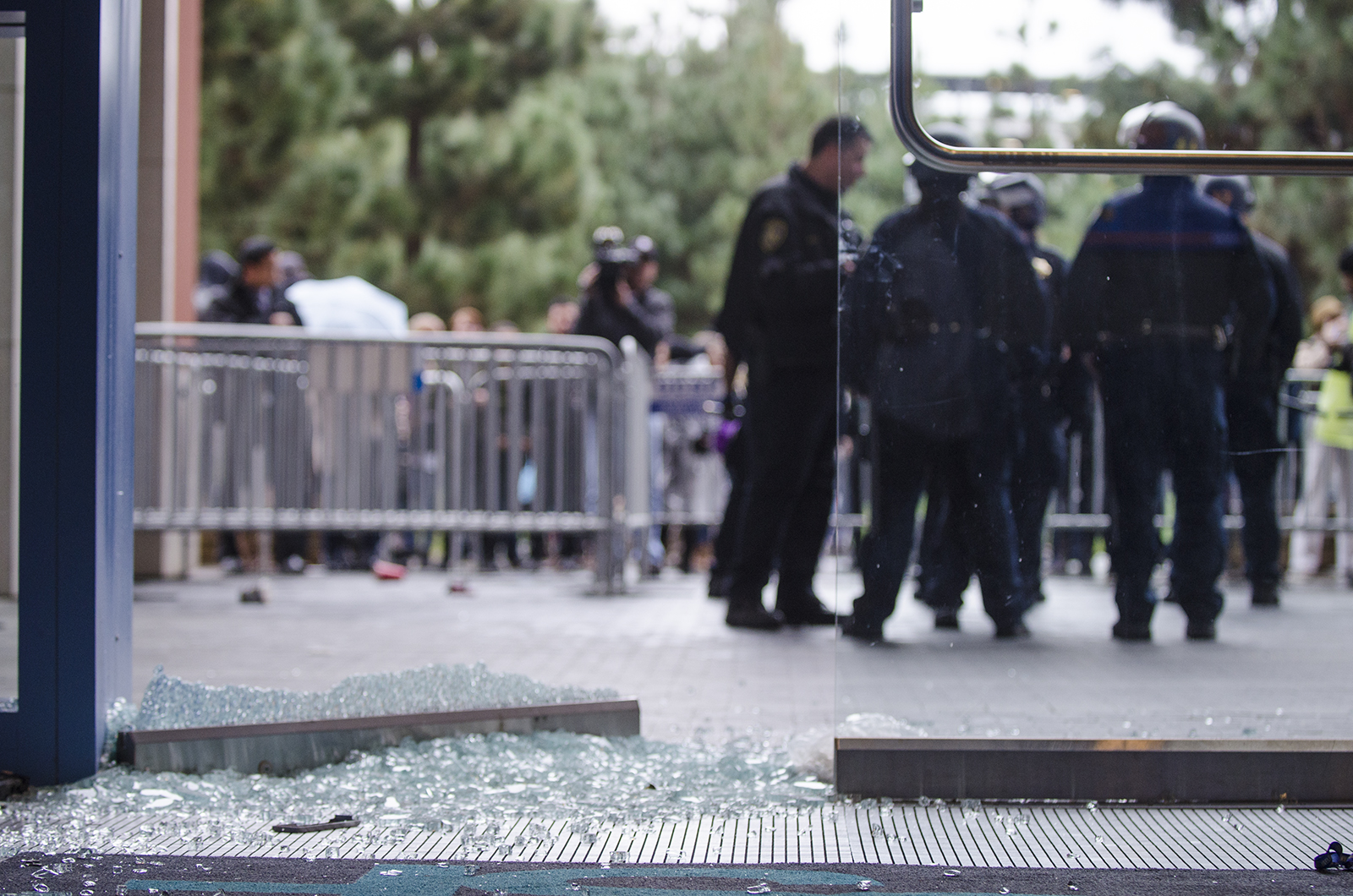 Protesters threw a brick at a door prior to the regents’ meeting. (Daniel Alcazar/Daily Bruin)

Despite protests from students, the governing board of the University of California discussed and voted on a number of issues, including a controversial new tuition hike, at its bimonthly meeting Wednesday in San Francisco.