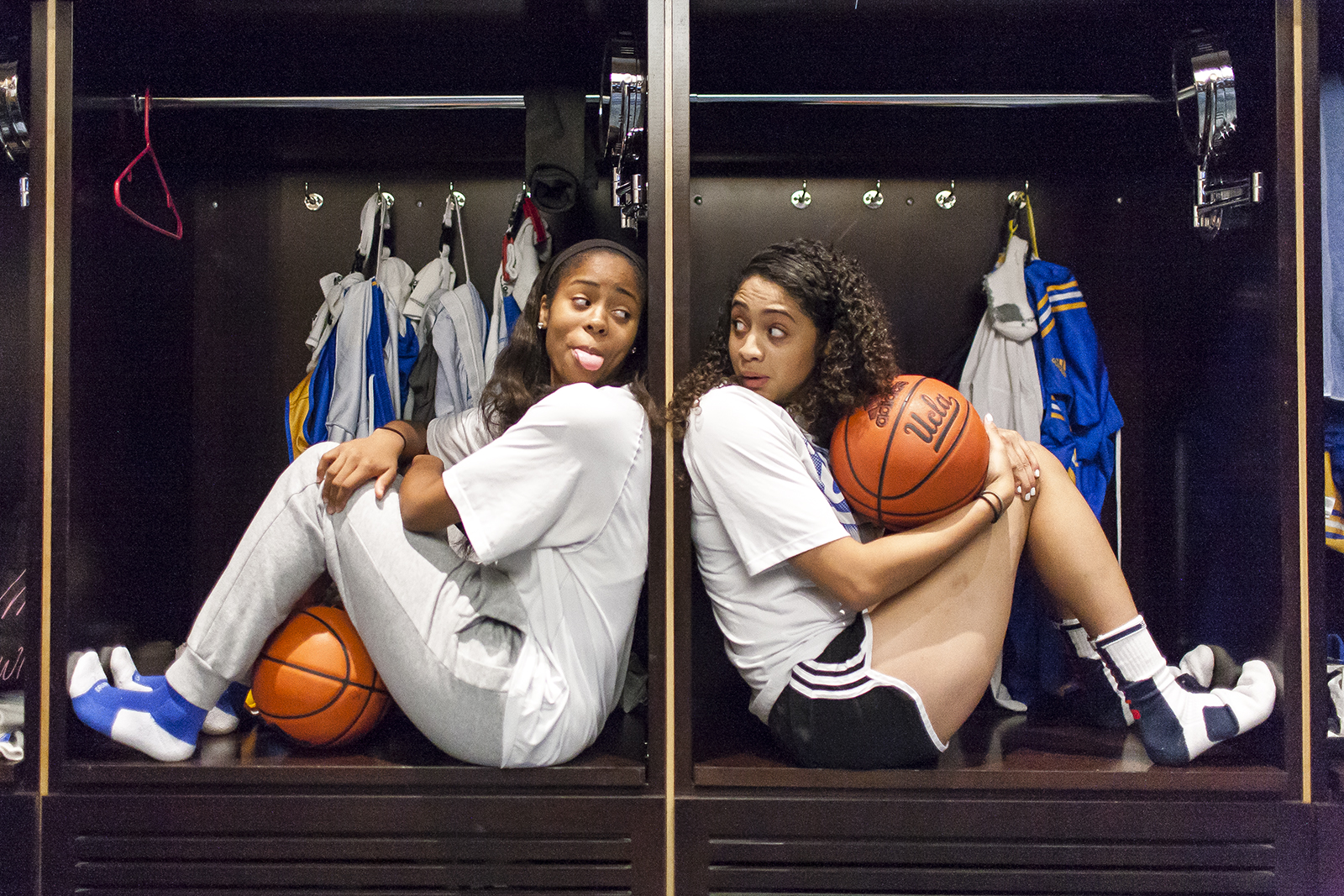 They used to have USA stitched on the front of their jerseys.

Both were freshmen in high school, point guards, under 6-feet tall and top players in the nation.

Yet, where the ultimate rivalry could have formed, a lasting friendship took root. They immediately clicked.

After playing on the court together in the 2011 FIBA world championship, the 1,211 mile distance between Jordin Canada in Los Angeles and Recee’ Caldwell in San Antonio seemed to shrink. The friendship they established would continue long after the national team broke up.

They loved the game, but their connection went deeper than basketball. Now, their jerseys read UCLA, and they are starting a new adventure together.

Four days of trials in Colorado Springs, narrowed down 115 players to 12.

Being selected to represent one’s country on the 2011 USA Women’s U16 National Team in the FIBA World Championship is not something too many 14-year-olds can add to their list of accomplishments.

“When we made the USA team, we hung out all the time. We kept each other out of trouble,” Canada said with a laugh. “I feel like I’ve been playing with her for years. It was a natural connection.”

The two freshmen play the same position: point guard. Such a situation often leads to a heightened level of competition between two players, but Canada and Caldwell saw it as an opportunity to grow.

“We went after each other everyday in practice. We were partners for everything,” Caldwell said. “We were pushing each other. When we started playing on the court together, it was easy.”

After capturing the gold medal in Mexico with the national team, Canada and Caldwell went their separate ways, returning to hometowns a thousand miles apart. They managed to keep in touch despite the distance.

Roughly three years later, Canada and Caldwell played together again: not in Mexico, but in Pauley Pavilion.

By their high school senior years, Caldwell and Canada were offered scholarships from powerhouse programs including Baylor, Duke, Miami and nine-time NCAA champion University of Connecticut.

Despite being top-ranked recruits, both Caldwell and Canada chose to play for a college that hasn’t won a single NCAA championship in women’s basketball – a program that just suffered an 18-loss season.

“I chose UCLA because me and (coach Cori Close) had a great relationship from the beginning. She cares more about you as a person than just basketball,” Caldwell said. “We haven’t won a championship here yet, and that’s what she sold to me. I believed in what she was saying.”

The possibility of playing with her best friend again led Caldwell to contact Canada, despite the fact that two top point guards committing to the same school is normally unheard of.

“(Close) emphasized how she cared about me becoming a more independent person and growing up, being strong,” Canada said. “She really separated herself in terms of getting to know me personally and what I like outside of basketball.”

It wasn’t just the coaching staff that Canada connected with. She has a special tie to Los Angeles, which majorly influenced her decision.

“I would rather represent my hometown and start something special here rather than take it somewhere else,” she said. “There’s a lot of talent in L.A.; if you keep your talent here, the Pac-12 conference is going to grow.”

Close said she was thrilled with the duo’s decision, attributing UCLA’s appeal to a well-hired group of assistants who stressed the many opportunities awaiting the recruits, such as being able to start something new and revolutionary.

“There was something unique going on that they didn’t want to miss out on,” Close said. “I’m so thankful for that.”

Opposite sides of the spectrum

In the lounge of the women’s locker room in Pauley Pavilion, Canada leaned back on a black, leather sofa. Caldwell laid down and rested her head in Canada’s lap.

“We compliment each other,” Canada said. “We aren’t going to be fighting each other for the same spot. We both bring different things to the game.”

Caldwell glanced up at Canada. “Low-key … we complete each other,” she said.

Close said she remembers the personality test her players took at the beginning of the season.

As a result of completing the test, each player received a specific color that corresponded to their personality. Caldwell was orange: outgoing, the life of the party, strong willed. Canada was blue: calm, lover of harmony.

“They are so different. They compliment each other so much because of their differences,” Close said.

Caldwell is outspoken and lively while Canada is reserved and introspective.

She twirled a ball on her index finger with extreme concentration, blocking out Caldwell’s humorous remarks.

There is a sort of peacefulness about Canada that counteracts Caldwell’s energy.

The two friends rarely run out of things to talk about, and there is always room for surprises.

“I always learn something new about her that I haven’t known in the past,” Canada said. “That’s what keeps our relationship growing.”

As opposites, there is still more they can learn from each other. Their friendship began at the start of high school, and they lived miles apart for four years thereafter.

Caldwell and Canada said they only recently figured out each others’ favorite color. They are too busy discussing deeper subjects to focus on the superficial facts.

“Some people think that’s bad, if you don’t know your best friend’s favorite color or favorite movie,” Canada added. “But we talk about more personal things; that’s what makes us so close.”

Caldwell and Canada joined a talented team made up of eight other newcomers and a group of solid returners.

“I think it’s great – being around people quicker than you, stronger than you, faster than you. It humbles you,” Canada said.

While Caldwell and Canada are arguably two of the top recruits in the nation, they still have a lot to learn and a lot to experience, and the competition won’t be easy.

Caldwell and Canada will compete against top powerhouse universities in women’s basketball this season – universities they could have been playing for.

“After we signed the recruiting class, (Close) put down the schedule. That’s a testament to the fact that she believes in us and she knows how good we can be,” Caldwell said. “Other coaches wouldn’t have put down the No. 1 schedule in the country for 10 new players that haven’t played.”

“I honestly believe that I’m her biggest cheerleader, and that she’s mine. We’re the loudest ones during practice for each other,” Caldwell said. “She’s there for me when I’m struggling and I’m there for her. We both just want each other to succeed.”

“Even though they are competing for playing time, you can tell that they both want the best for each other,” Korver said. “One of them is going to start, one of them is not going to start. They still have a great attitude about it.”

The players said their long-term experience together matters more to them than playing time.

As to transforming UCLA women’s basketball into a NCAA championship winning program:

“That’s the plan,” they said in unison.