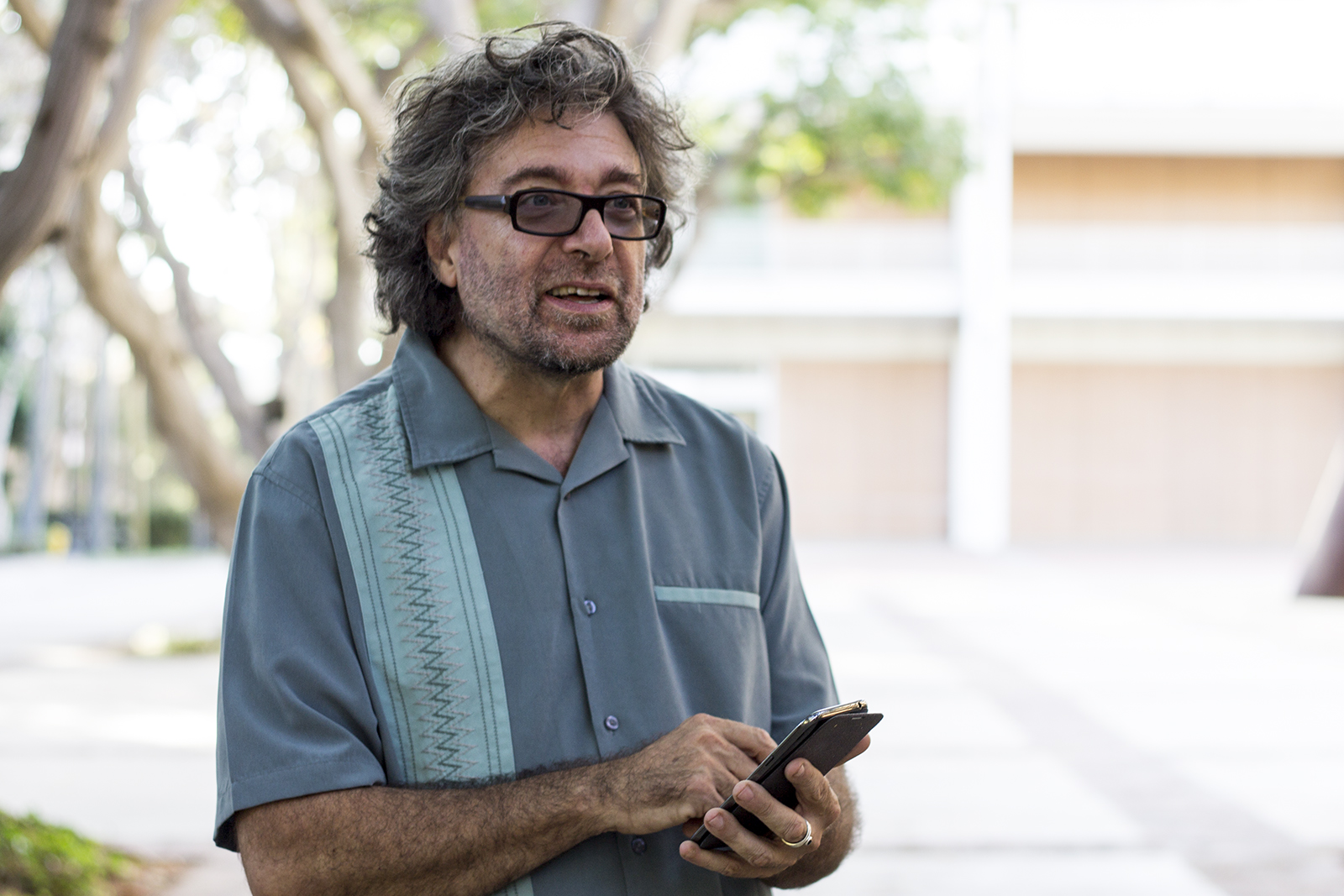 Fabian Wagmister demonstrates a mobile website designed to augment the experience of hikers on trails in a park near downtown L.A. (Carolyn Francis/Daily Bruin)

Some visitors to the Los Angeles State Historic Park might not notice, but many of the events of the city’s first century took place within eyeshot of the park. The first hospital, cemetery and train station were all built around the park, and the city grew around the land that eventually became it.

To improve the visitor experience at the park, a group of UCLA students and faculty recently released a mobile website that allows visitors to experience its hiking trails with an additional layer: historical information on their smartphones.

The purpose of the website is to try to uncover the historical processes behind Los Angeles’ development, said Fabian Wagmister, director of the UCLA Center for Research in Engineering, Media and Performance and vice chair and head of production/directing in the Department of Film, Television and Digital Media.

“What this mobile website is, is an attempt to promote people to walk the city,” he said. “The content of our walks is not what’s on the screen, it’s what’s in front of you.”

People taking the three trails on the website, which range from two to six miles, walk through a number of historical places and can find information on the history of the areas by looking at their phone.

The website took about a year to build, but included about 10 years of research which the team has compiled since they began working with California State Parks, Wagmister said. In the first five days, more than 300 people walked by the trailhead and opened the website on their phones, he said.

Wagmister added that the website includes thousands of images, many of which cannot be found anywhere else because his team did their own research.

“There’s a lot of concepts of how a big city’s supposed to function, and Los Angeles has been very different,” he said. “Part of our work is to try to discover the historical process by which L.A. became what it is, so that hopefully we understand why it became what it is and we become more a part of it.”

Wagmister said, having come from Argentina 25 years ago, he has found that Los Angeles does not always embrace its history.

“I have always found L.A. to be a very difficult city to identify with,” he said. “It’s not that there’s not history, but it’s as if L.A. for some reason continues to stucco itself over and over again.”

He added that he is interested in discovering the city’s history because it will help him grow roots in Los Angeles.

Members of the project reached out to community members and groups to ensure they accurately portray the area, said Elizabeth Sonenberg, community outreach liaison at Interpretive Media Lab. She said the group has worked with local high schools and businesses to ensure that the content on the website reflects the experiences and memories of people who live in the area, which in recent years has been the focus of major development projects.

“This area is so historically important because it’s the birthplace of Los Angeles,” she said. “This area has had its history rewritten over and over again and there’s a kind of erasing of history.”

Sonenberg said the group does not take any political stances but that they try to make information available for local residents about the area’s past and encourage them to be civically minded.

Taylor Fitz-Gibbon, lead researcher at the Interpretive Media Lab, said he found the project interesting because it allows people to learn about Los Angeles by visiting historical sites rather than studying abstract concepts.

“What I really like about this is it’s asking people to actually walk the street and look at things a different way,” Fitz-Gibbon said.

Wagmister said the group hopes to expand the project in the future by developing their platform to build an interconnected system of historical trails throughout the entire city, allowing anybody to use the system to build their own paths.