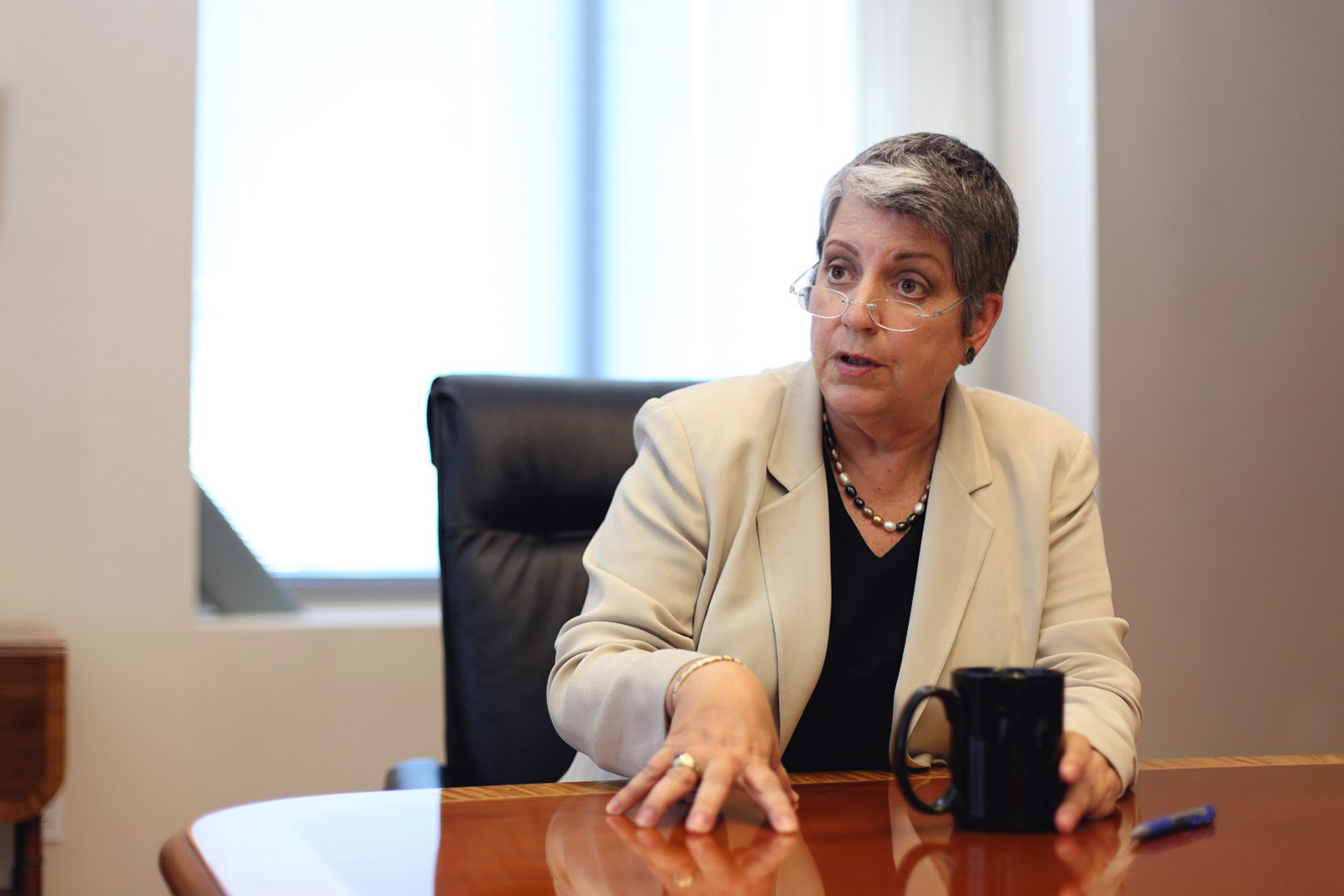 In a Tuesday teleconference with University of California student newspapers, UC President Janet Napolitano said the University must reexamine its tuition policy, since the state has not met the UC’s financial needs.

“(The) state’s putting in a little bit more, but it’s like an eyedropper,” Napolitano said. “At a certain point, you have to look at the tuition again. It’s just arithmetic.”

While Napolitano said she did not want to speculate further about a potential tuition hike, she discussed other topics raised by students, including Gov. Jerry Brown’s decision to veto the $50 million in state funding earmarked for the UC, salary raises for chancellors and the University’s investment policy. On her one-year anniversary on the job, the conference call served as a way for Napolitano to give updates on her work and the UC’s plans for the upcoming academic year.

With the UC Board of Regents approving a salary increase of up to 20 percent for some chancellors in mid-September, some students and media outlets said they disagreed with the decision, especially while UC officials are talking about a tuition increase.

Napolitano, however, said the increase was necessary to keep the University competitive.

“(The UC campus) is a big, complicated institution with a $1 billion-plus budget, and we pay chancellors as if they are middle managers at a tech firm in San Francisco,” she said.

The lowest-paid chancellors at the UC – at UC Merced, UC Riverside and UC Santa Cruz – make $383,160 per year after the increase in September. Napolitano pointed out that most chancellor salaries froze during the economic downturn.

When asked about her thoughts on students pushing for the University to divest from companies that extract fossil fuels, Napolitano called divestment an easy but inefficient tool that should be used rarely, if at all.

In the interview, Napolitano praised a move to invest $1 billion in companies that promote sustainability – a decision University leaders made in September.

Napolitano has instituted several changes to the University’s investment policy over the past year, allowing the University to invest in start-up companies that utilize UC research. In a September meeting, the regents also approved the creation of the UC Ventures, a $250 million fund the UC will create from its endowment and pension funds to finance start-ups.

“It’s a way of showing investment confidence in ourselves,” Napolitano said.

She added that the University has a policy to guard against conflicts of interest in its investments.

On Brown’s recent decision to veto a $50 million earmark for the UC’s deferred maintenance costs, Napolitano expressed her disapproval and said she would like to have a larger conversation about state funding with Brown, whom she suspects will be reelected in November.

“I thought it was like Lucy yanking away the football,” Napolitano said, referencing the Peanuts sketch.

As students are pushing for increased funding and support for mental health programs and sexual assault prevention programs at the UC, Napolitano said she is searching for funding to support initiatives students have proposed.

When asked about her political background as a former governor of Arizona and Secretary of Homeland Security, Napolitano said those experiences have helped her in managing the University.

In her second year on the job, she would like to continue working on initiatives she announced on during her first year, such as an initiative to address global hunger, Napolitano said.

“What I will focus on in year two is filling in,” Napolitano said. “Next year, I don’t see announcing many new initiatives but implementing those which have already begun.”